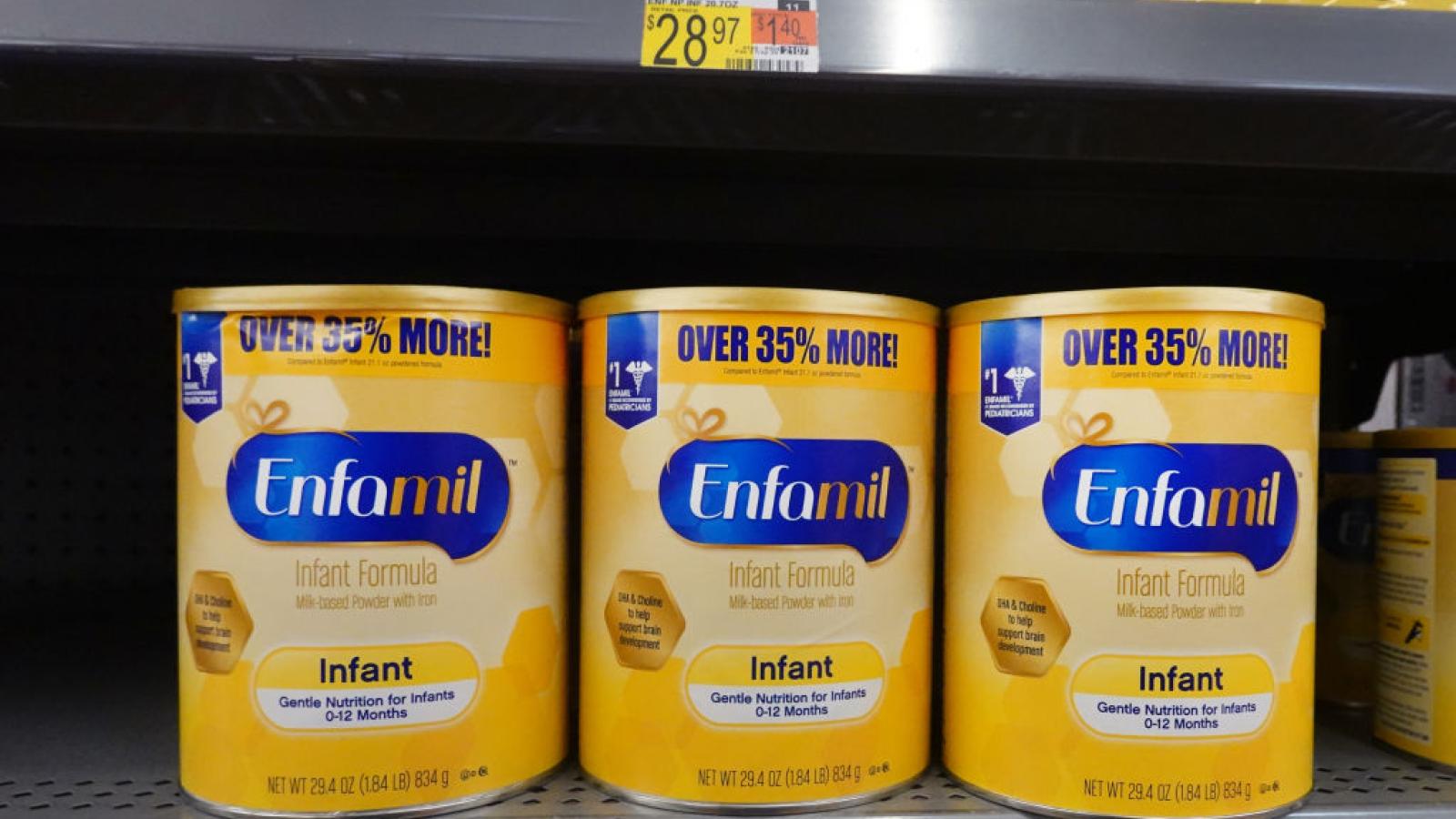 Cans of Enfamil in an Illinois Walmart, Jan. 2022
(Scott Olson/Getty)
By Sophie Mann

A U.S. military plane landed Sunday in Indiana carrying enough specialty baby formula for over a half-million bottles, part of the Biden administration's efforts to at least provide a short-term fix to the nationwide shortage.

The trip marks the first in a scheduled series to Europe.

The use of Air Force planes for "Operation Fly Formula" was granted because no commercial planes were available, according to the Associated Press.

The first plane contained about 78,000 pounds of formula and was greeted by Secretary of Agriculture Tom Vilsack upon landing.

The shipment into Indianapolis represents about 15% of the supply currently needed by parents in the U.S.

The domestic shortage follows a formula recall in February by Abbott Nutrition at it Sturgis, Michigan, plant over health and safety issues that also closed the facility – the largest such domestic manufacturing plant in country.

The plant is expected to reopen next week, as regulators and company officials work to put as much formula into production as possible – though it will still take close to two months for product to be ready for delivery.

The shortage and appeared to catch many Americans by surprise, particularly elected officials and infant mothers, who could find formula and store shelved and feared they could not feed their children.

Last week, the White House announced it would authorize the use of the Defense Production Act to help address the shortage.

The first two authorizations, which were also announced Sunday, will come from the Department of Health and Human Services.

The Food and Drug Administration has also eased importation requirements for baby formula in an attempt to lessen the impact of the supply crisis.

On Saturday, Abbott Laboratories CEO Robert Ford apologized in a Washington Post op-ed in which detailed steps the company is taking to stem the shortage.

Indianapolis was chosen as the landing place for shipments because it is the home of a Nestle distribution hub. Once offloaded, the shipments will be transferred to FedEx trucks and taken to the nearby distribution centers where the company will run standard quality control checks on the supplies before distributing them to hospitals, doctor's offices and pharmacies.