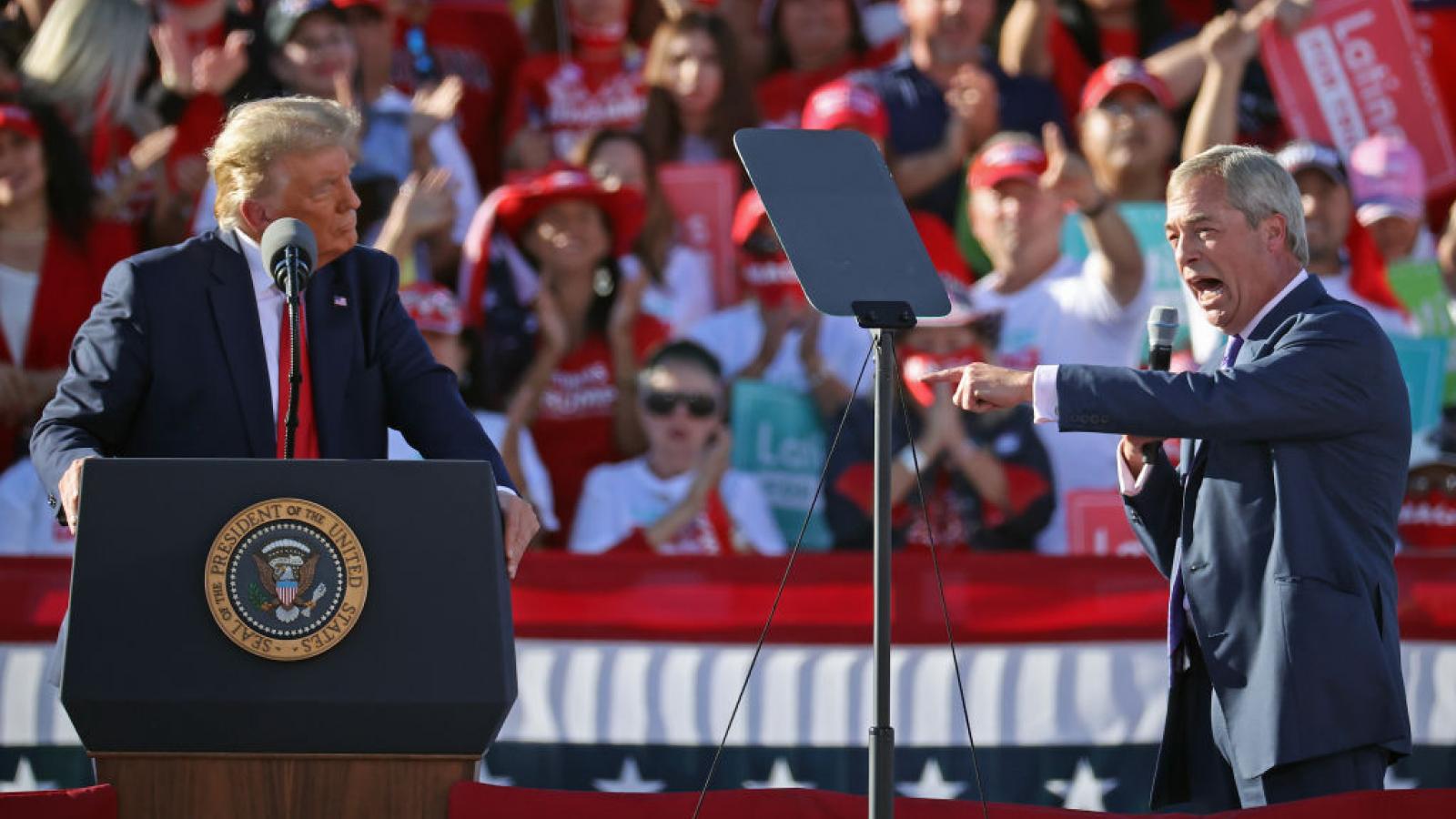 Nigel Farage, architect of the Brexit movement, revealed Sunday that with Britain's withdrawal from the EU irrevocably accomplished at last, he is quitting active party politics.

"There is no going back — Brexit is done," Mr. Farage told a Daily Telegraph podcast. "That won't be reversed. I know I've come back once or twice when people thought I'd gone, but this is it. It's done. It's over."

Added Farage: "Now's the moment for me to say I've knocked on my last door."

In a message to his supporters, Farage explained: "I had never intended to be directly involved in politics. I did so for one overwhelming reason: Britain's membership of the European Union. I had watched the Tory rebels during the Maastricht Rebellion doing their best but, in the end, submitting to party loyalty. I realised that someone had to take up the fight."

That led to him leaving the Tories and joining the United Kingdom Independence Party in 1992, rising to party leader in 2006. Ten years later, he was able to force Prime Minister David Cameron, against his will, to hold the historic referendum on Britain exiting the EU in 2016.

After Brexiteers won the vote and Cameron was gone, Farage stood down as leader of UKIP, telling reporters, "I want my life back." But with little progress after two years of Theresa May's premiership, he launched the Brexit Party in April 2019, pledging this time there would be "no more Mr. Nice Guy if Brexit goes wrong."

Just one month after launching, the new party won the EU parliamentary elections and emerged as the biggest party in Brussels. In the U.K. vote, the Conservatives came fifth and worried they could be facing an existential crisis at the next U.K. general election. Theresa May dutifully resigned, and Boris Johnson was brought in to restore Tory fortunes by vowing to take Britain out of the EU by Oct. 31, "no ifs or buts."

Later that year, as the U.K. election loomed, Farage was left with a very difficult decision: The Brexit Party could split the Brexit vote and let the pro-EU Labour Party win, or he could stand down his candidates and allow the Conservatives free reign to see the final Brexit negotiations through.

Getting Brexit through was always Farage's number one priority, so sacrificing his own party was the price he felt he had to pay. With his opposition gone, Boris Johnson won a 78-seat majority, but the Brexit Party failed to gain one MP.

And Farage is not entirely happy with the terms Johnson went on to negotiate with the EU. "The final outcome has cut off Northern Ireland from the rest of the UK and treated our fisherman terribly, but we are out and there is no going back," he said,

Seven times Farage tried to get elected as a Member of Parliament but was never successful. Instead, he found his political home in Brussels in 1999 as an unlikely Member of the European Parliament, from where he lead his Trojan Horse men and women to ultimate victory, some 20 years later.

Farage will keep the honorary title of the Reform Party's president, but he says, "I can do just as much to shift public opinion through media and social media as I can as a campaigning party leader."

His targets will continue to be China's influence, the woke agenda in all levels of education, the damage the lockdowns have caused, the Civil Service and House of Lords reform and the BBC's unjust license fee.

One thing American Republicans will be able to rely upon is Farage's continued support for former President Donald Trump's own reform agenda and any plans he may have to run again in 2024.