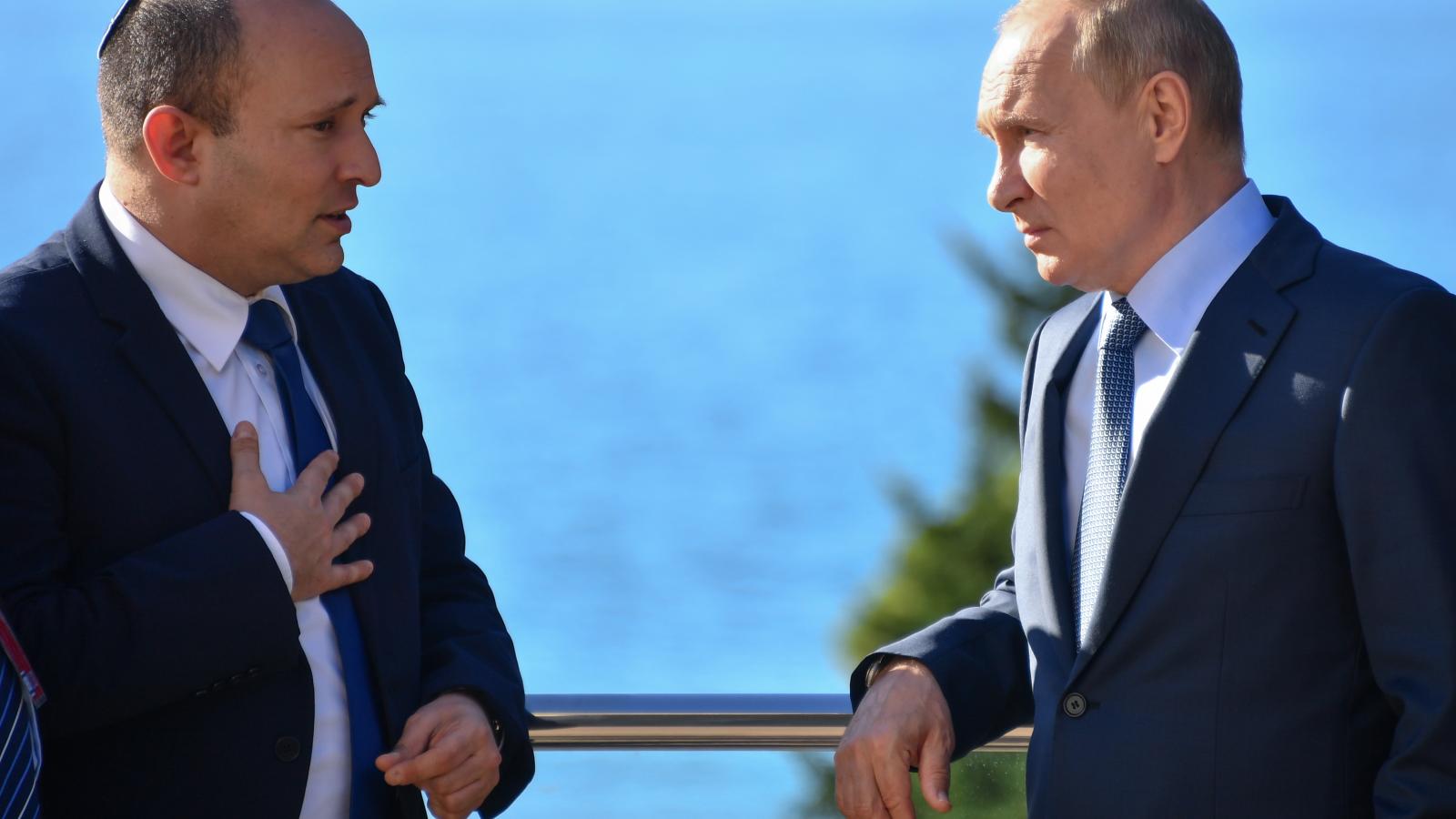 Russian President Vladimir Putin criticized Israel and expressed support for the Palestinian people during a phone call Monday with Palestinian President Mahmoud Abbas, despite the fact that Israel has remained neutral throughout Russia's invasion of Ukraine.

"President Putin stressed Russia's firm stand to support the rights of the Palestinian people, that Russia will continue to provide its political support for the Palestinian issue in all international demonstrations, and what is happening in Jerusalem and the Al-Aqsa Mosque," Abbas posted on Facebook, as translated.

Several clashes with Israeli forces have broken out over the last week at Al-Aqsa Mosque after worshipers dressed in Hamas gear became violent.

The Russian Foreign Ministry released a statement Tuesday calling for a two-state solution and the "restart of negotiations" between Israel and Palestine, with Russia as the moderator, state-owned outlet RIA reported.

Putin also rejected "the Israeli practices that prevent worshipers from freely accessing the Al-Aqsa Mosque" and stressed that Israel needs to "respect the existing historical status quo" of the Temple Mount, Palestinian media agency Wafa noted, as translated by The Times of Israel.

Israel has remained neutral on Russia's invasion of Ukraine, and Israeli President Isaac Herzog has even offered up his country as a mediator between the two warring nations.

Before the invasion, Israel was reportedly considering an emergency airlift of 75,000 Ukrainian Jews.

Israel has worked closely with Russian forces in Syria to eliminate threats to the world's only Jewish state.

However, former Israeli ambassador to the United States Michael Oren told "Just the News - Not Noise" last month that Israel needs to stand with Ukraine.

"I don't think that that it's morally or strategically smart for Israel to stand on the side and retain neutrality," Oren said.