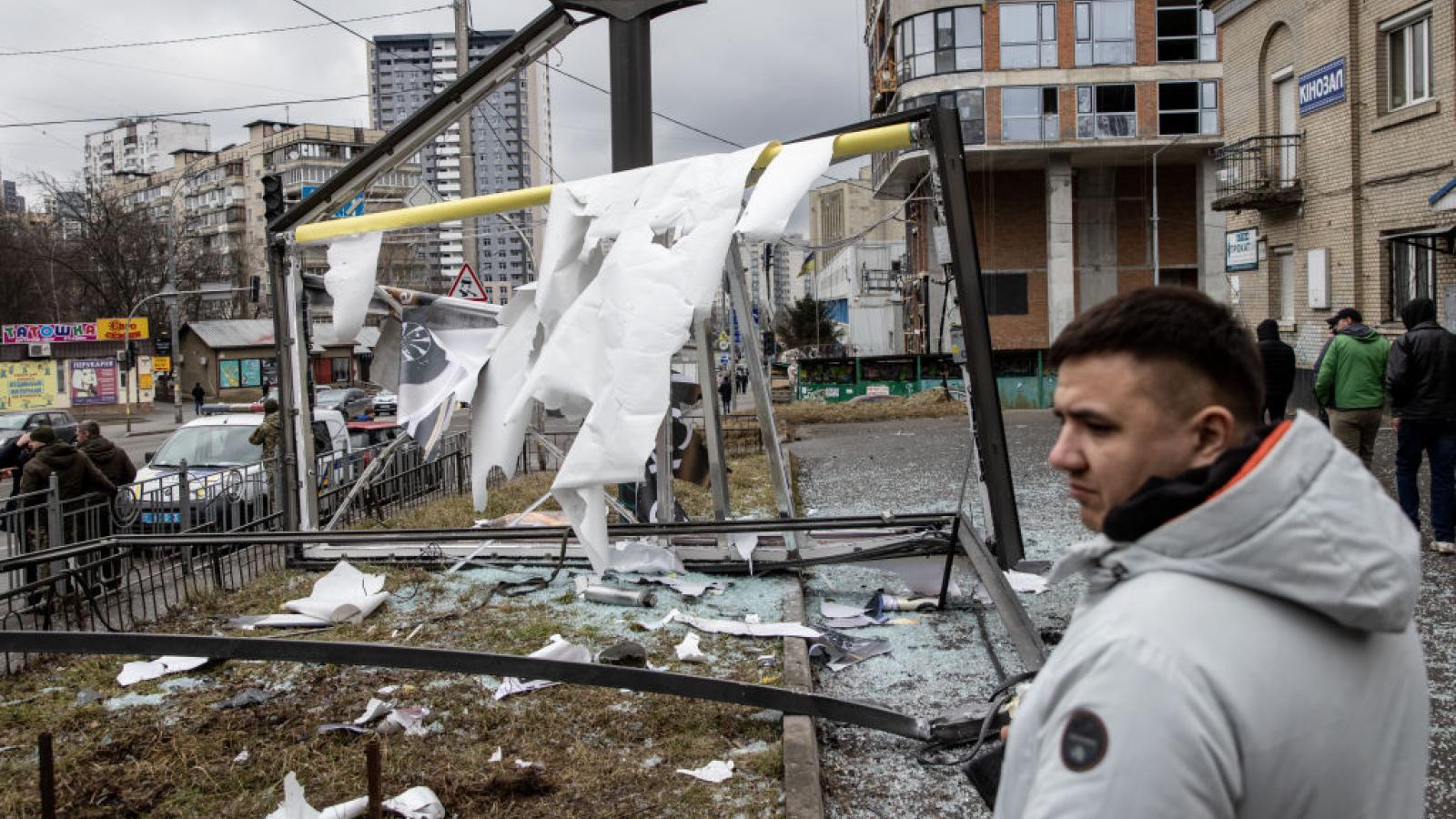 Russian President Vladimir Putin aims to "decapitate" the government of Ukraine, a senior defense official said on Thursday. The comments come amid reports of fierce battles inside the Eastern European country, and an increase of U.S. troops sent to the region.

The Pentagon will send an additional 7,000 troops to Germany, the Pentagon said.

"We expect them to depart [the United States] in coming days," the senior defense official said.

"Russia has launched at least 160 short-range, medium-range and cruise missiles into Ukraine from land, sea and air, the official said, and more Russian troops have entered Ukraine," the Pentagon announced in a statement. "The missiles are aimed at military bases and airfields around Kharkiv and Kyiv." Officials cannot "verify how accurate they are or what casualties they are causing," the statement noted.

Putin on Thursday launched a "special military operation” against Ukraine that he claimed was focused on the eastern region of Donbas, but Western leaders decried the aggressions as explosions were reported in multiple cities that included the capital Kyiv ... READ MORE