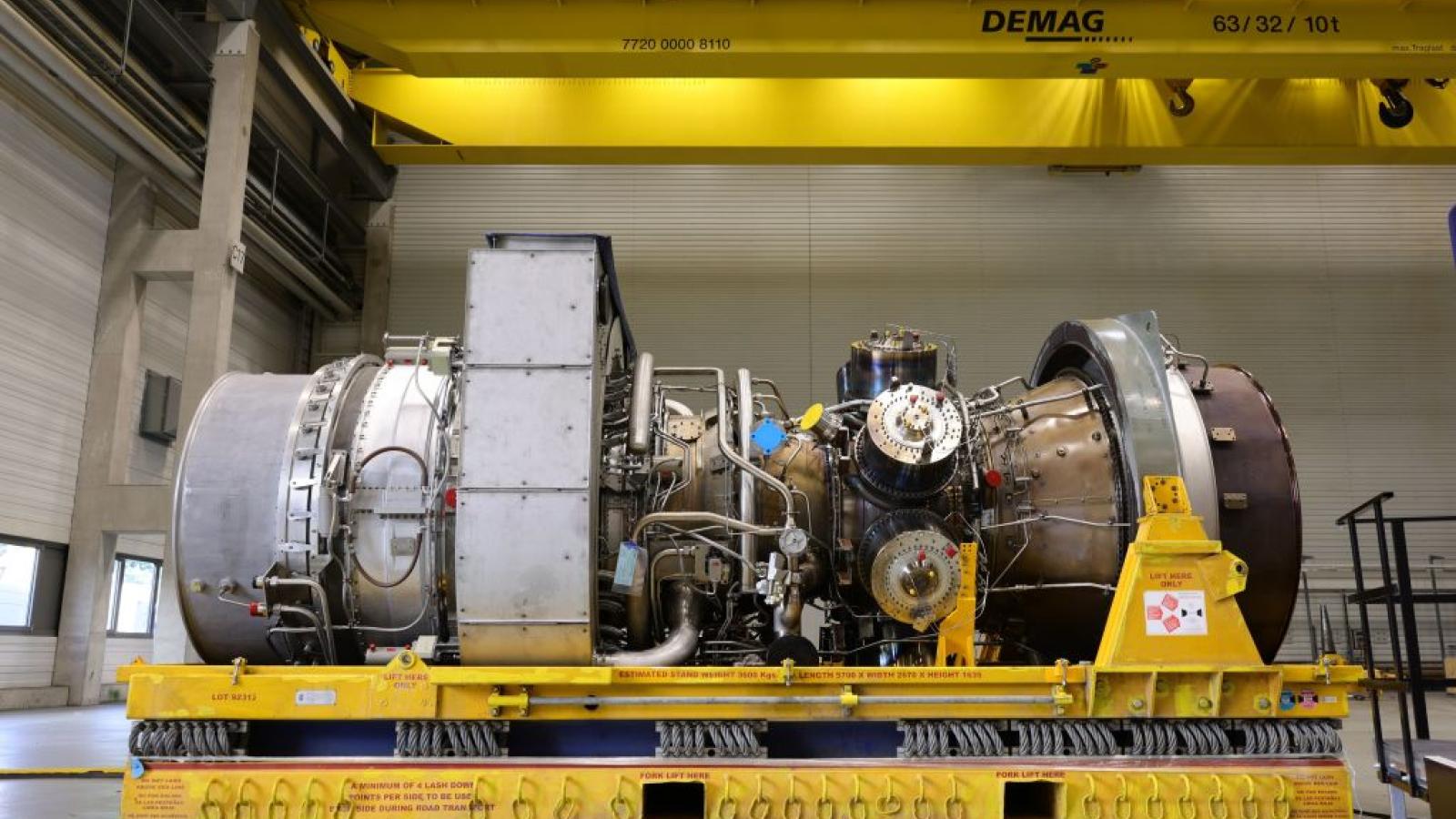 A turbine intended for Nord Stream, in Germany, Aug. 3
(Andreas Rentz/Getty)
By Just the News staff

Russian energy concern Gazprom has announced that it will cease the flow of natural gas to Germany for several days at the end of this month, a move expected to put considerably more strain on Europe’s already-stretched energy grid.

The corporation said the shutdown was in order to undertake repairs to the Nord Stream pipeline, a network that runs underneath the Baltic Sea from Russia to Germany.

The closure will run from Aug. 31 to Sept. 2 while technicians reportedly replace a turbine along the network.

The delay will likely put an additional crunch on Germany’s energy industry, which has already been struggling to keep up with demand due to disruptions in its fuel supply.

The war in Ukraine, along with a contentious season of Euro-Russian geopolitics, have resulted in a tightened natural gas market throughout Germany and elsewhere in Europe. Reports have circulated of German citizens scrambling to find firewood in order to keep warm within the coming winter months