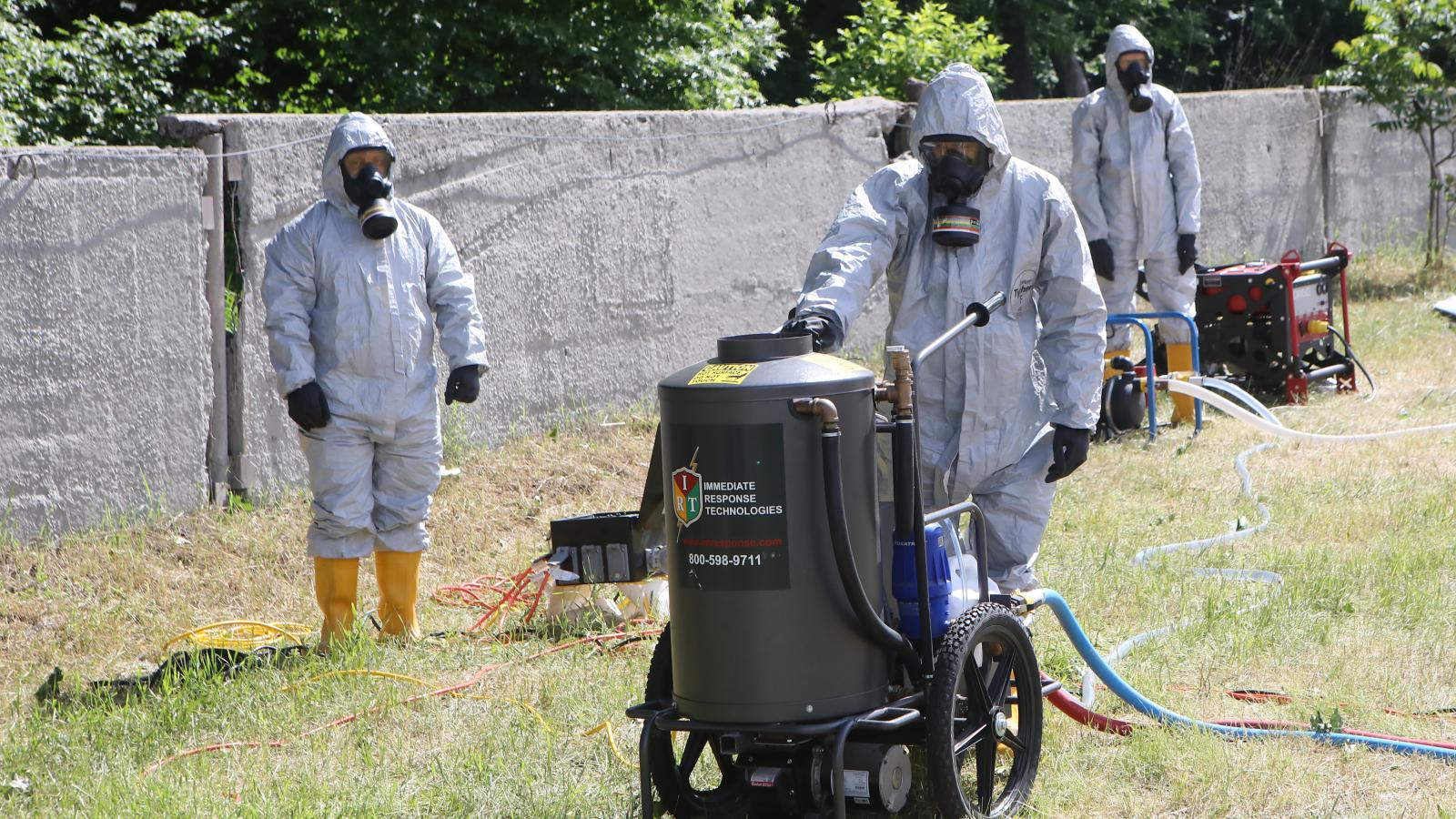 Ukraine on Monday advised residents of a northern town to seek shelter from ammonia gas after intense fighting with invading Russian forces resulted in a gas leak at a nearby chemical plant.

"Ammonia leaked as a result of the shelling at Sumykhimprom. The radius of the affected area is about 2.5 km. Given the direction of the wind, the village of Novoselytsia was under threat," Ruslan Strelets, a deputy environmental minister for Ukraine, said in a translated statement on Facebook.

The village is home to about 7,500 people, according to census records.

"Ammonia is a colorless gas with a pungent suffocating odor, well soluble in water, explosive, toxic. Ammonia is lighter than air, so shelters, basements and lower floors should be used for protection," Zhyvytskyiy said.

However, Strelets warned that shelters may not be completely safe.

"Ammonia can be easily hidden in shelters, basements and lower floors of houses. Windows and doors should be tightly closed, it is desirable to curtain window and doorways with a cloth soaked in citric acid or a weak vinegar solution," he said on Facebook.

Ukrainian authorities said the situation is under control and rescue workers are on the scene.