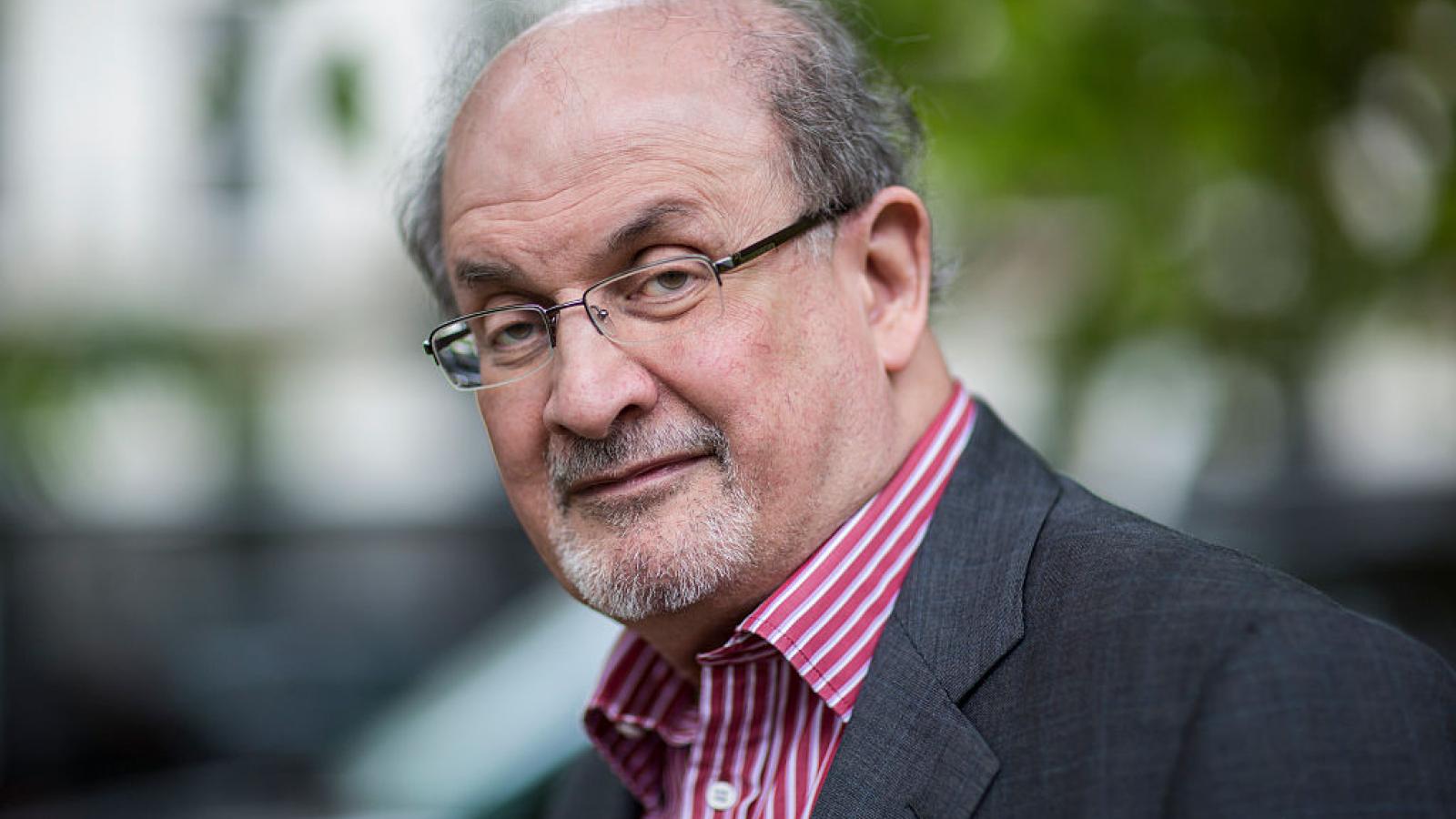 Salman Rushdie, the 75-year-old novelist who was severely stabbed by a 24-year-old New Jersey resident with sympathetic ties to Shia extremism and Iran’s Islamic Revolutionary Guards Corps (IRGC) while lecturing at the Chautauqua Institution in western New York Friday, has been taken off his ventilator and has now talking.

Rushdie endured injuries to the liver, arm and one eye, which doctors say he will probably lose.

In September 1988, Salman Rushdie wrote “The Satanic Verses,” a book that follows two Indian Muslim actors who magically survive a plane hijacking and transform into angelic and devil-like beings. The book explores the themes of good and evil, doubt, and loss of religious faith. The book’s inspiration came from the life of the Islamic prophet Muhammad, and the novel’s title refers to verses from the Qur’an that Muhammad allegedly mistook for divine revelation.

Shortly after publishing the novel, Rushdie became the subject of instant condemnation and controversy from the Muslim community, with countries like India becoming the first country to ban the book several days after it was published in Britain. Countries like South Africa, Pakistan, and Saudi Arabia also began to prohibit the book and denounce Rushdie for what they called “blasphemous.” In early January 1989, Muslim demonstrators in Britain and elsewhere protested Rushdie’s book, describing it as Islamophobic and engaging in book burnings in public.

In early February 1989, 10 years after the establishment of the Islamic Republic of Iran and the rise of Shia extremism in the world, Iranian Supreme Leader Ayatollah Khomeini issued a fatwa or a formal edict on a matter of Islamic law, calling for the brutal death of Rushdie and his publishers. In his declaration, Khomeini called on Muslims to kill the novelist without delay, stating that he had insulted the sacred beliefs of Muslims. Shortly after his statements, the Islamic Republic under Khomeini began sponsoring Islamic Shiite protests in Iran, where followers of the Ayatollah held signs in support of the Supreme Leader’s actions, calling for the death of Rushdie.

For his part, Rushdie denied that his book was blasphemous against Islam and issued a statement that acknowledged that many Muslims were genuinely angered by the publication of his novel, offering an apology to what he described as “sincere followers of Islam.” The Supreme Leader rejected Rushdie’s apology and reiterated his order for the execution of the writer, forcing Rushdie to go into hiding for several years, where he lived alone at home with bulletproof glass and security cameras.

Rushdie managed to escape assassination attempts on his life in 1989 from Shiite terrorist groups and individuals but failed in killing the author. In September 1998, the Iranian government, headed by President Mohammad Khatami, stated that it would not support nor prevent the operation on Rushdie, while hardliners in Iran continued to reaffirm calls for the author’s death sentence. Additionally, top officials from the IRGC declared that the death sentence on Rushdie was still valid, calling on followers to hunt down and execute him.

For 13 years, Rushdie continued to move between safe houses under different pseudonyms, feeling isolated and unable to live a regular life. The fatwa reached new heights as publishing companies and translators in Western countries and elsewhere received death threats and terrorist attacks inspired by the Supreme Leader’s fatwa.

The New York offices of Viking Penguin, publisher of the book, and several bookstores across the UK received several bomb threats for publishing and selling the book. In 1991, Japanese translator Hitoshi Igarashi died after being brutally stabbed by an unknown assailant.

In that same year, an Italian translator named Ettore Capriolo was severely wounded by an assailant described to have been of an Iranian ethnicity.

After Khomeini’s death, his successor, Ayatollah Ali Khamenei, reaffirmed the fatwa against Rushdie in 2005, arguing that the author was an apostate whose killing would be authorized and rewarded by Islam. A year later, the Lebanese Shiite terrorist group Hezbollah under Hassan Nasrallah called on Muslim followers to conduct the fatwa against Rushdie, stating that millions were ready to give their lives to defend the prophet’s honor. As protests throughout the Muslim world continued against Rushdie, the author moved to New York, where he moved in the late 1990s, becoming a free speech hero in America.

In 2016, several Iran-based organizations affiliated with the government raised millions of dollars for Rushdie’s murder, taking to social media outlets like Instagram, Twitter, Facebook, and Telegram to advocate for his death. In 2019, in a now-deleted tweet, Supreme Leader Khamenei reiterated his support for the fatwa, saying that the assassination order would never go away, putting to rest speculation from many over whether Rushdie’s life was not in danger anymore.

After the attack on Rushdie, many Iranian experts on Twitter noted the praise from media outlets run by the regime in Iran, praising Matar for his actions and promising to hunt down those who insulted the prophet.

The White House condemned the attack on Rushdie, calling it “reprehensible,” and called on law enforcement to act swiftly.

The post History of the Islamic Fatwa Issued Against Salman Rushdie first appeared on The Foreign Desk | by Lisa Daftari.