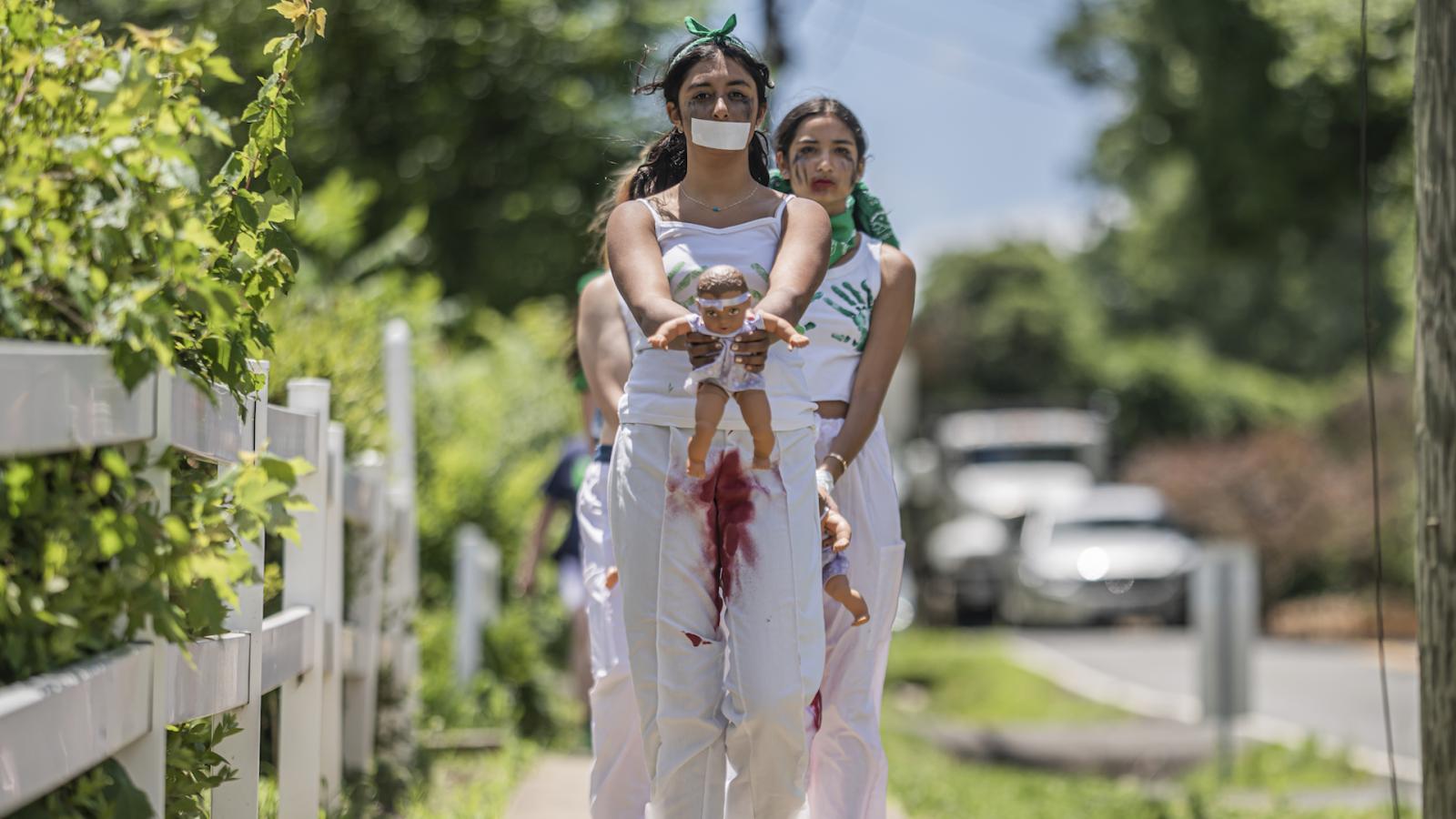 “MCPD supports the first amendment right to protest, however anyone violating the disorderly conduct statute, may be subject to arrest,” the Montgomery County Police Department said in a Thursday tweet.

“There are content neutral Montgomery County Code and Maryland Law provisions that restrict protesting and assembling in a private neighborhood, as well as disturbing the peace,” the MCPD said in a notice on its website.

For neighbors of Justice Brett Kavanaugh, demonstrators showing up outside his Maryland home around twice a week became a nuisance.

“It’s a horrific experience,” one neighbor said last month. “They have drummers. They have a megaphone, and they chant. They yell all kinds of things. … They have told neighbors, ‘F*** you, f*** your children,’ things like that. And so they’re abusive toward the neighbors and intimidating.”

On June 8, police arrested a California man who was found loitering near Kavanaugh’s home around 1 a.m.

Nicholas John Roske was charged with attempted murder after cops found that he was equipped with a pistol, a knife, a hammer, a crowbar, pepper spray, duct tape and other materials.

“You recently stated that you were ‘deeply concerned’ that ‘hundreds of demonstrators have recently chosen to picket Supreme Court Justices at their homes in ... Maryland,’” Curley’s letter to the governor stated.

“Since then, protest activity at the Justices’ homes, as well as threatening activity, has only increased.”

The MCPD told CNN that it would “not necessarily clear protesters outside of justices’ homes for simply gathering, but will enforce statutes against disturbing the peace.”

“For example, protesting quietly or silently is fine, but police will not allow bullhorns, drums or any loud behavior,” CNN reported.

The MCPD announcement comes as Twitter on Thursday suspended the account of the pro-abortion group Ruth Sent Us for doxing multiple Supreme Court justices, according to Fox News.

Ruth Sent Us has been notorious for urging protesters to congregate near the homes of the justices. The group was also banned from Facebook last month, although it has evaded the ban by creating another page, Fox reported.