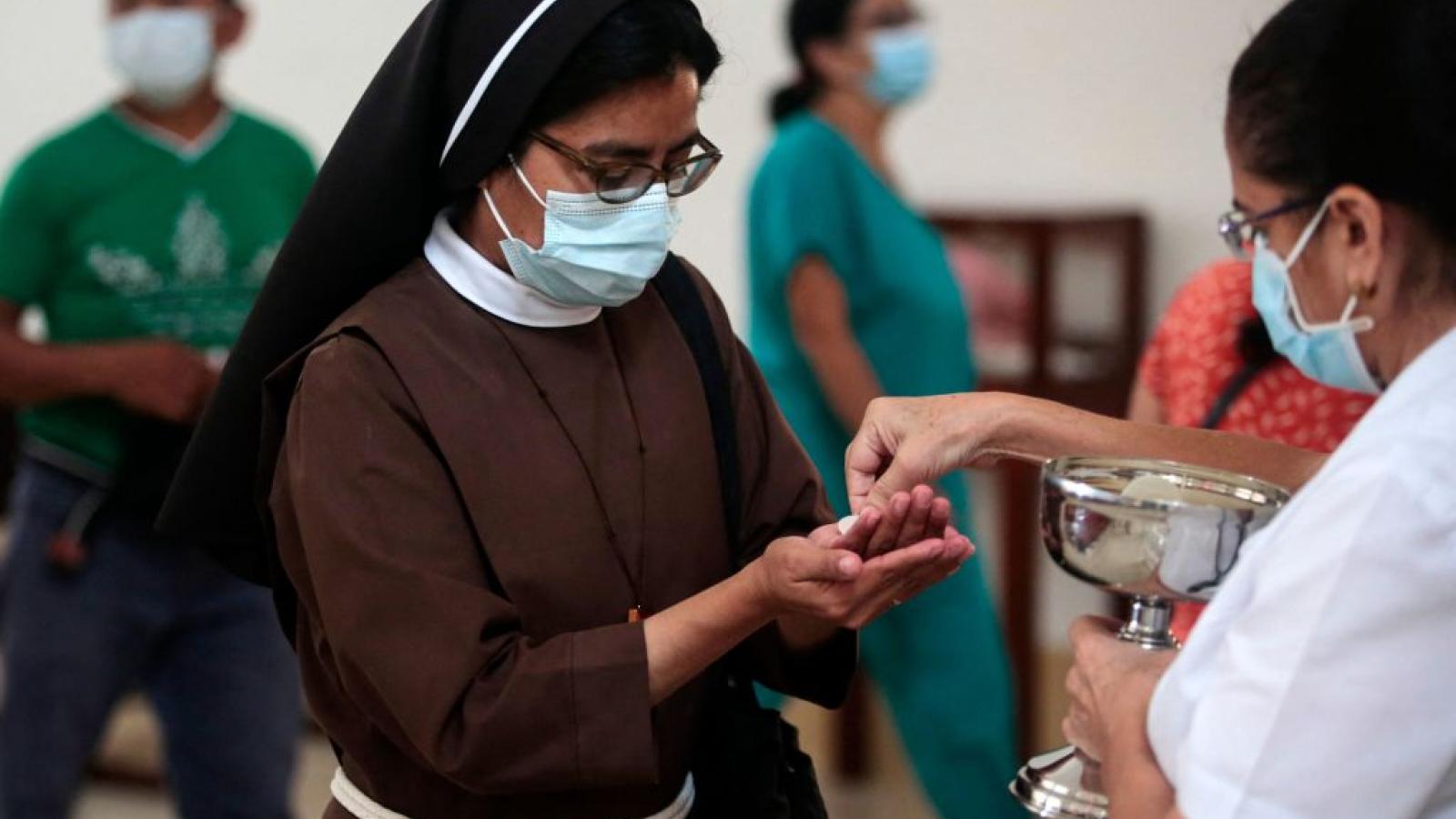 A nun receives the Eucharist at Matagalpa Cathedral, Aug. 19
(OSWALDO RIVAS/Getty)
By Just the News staff

Police in Nicaragua have reportedly arrested a local Catholic bishop and several other church officials in what was allegedly a major police convoy.

The Vatican’s news service reported on Friday that police in the Nicaraguan city of Matagalpa “had broken into the Episcopal See of Matagalpa at three in the morning, taking with them by force Msgr. Rolando Álvarez and others, allegedly eight religious and one layman.”

“After forcibly removing them out of the Episcopal building, they were put in a police convoy,” the news service added.

Nicaraguan authorities have claimed that Alvarez is guilty of “organizing violent groups” and directing them to “carry out acts of hate against the population.”

The country’s National Police says the arrest was undertaken to help “the citizenry and families of Matagalpa to recover normalcy."