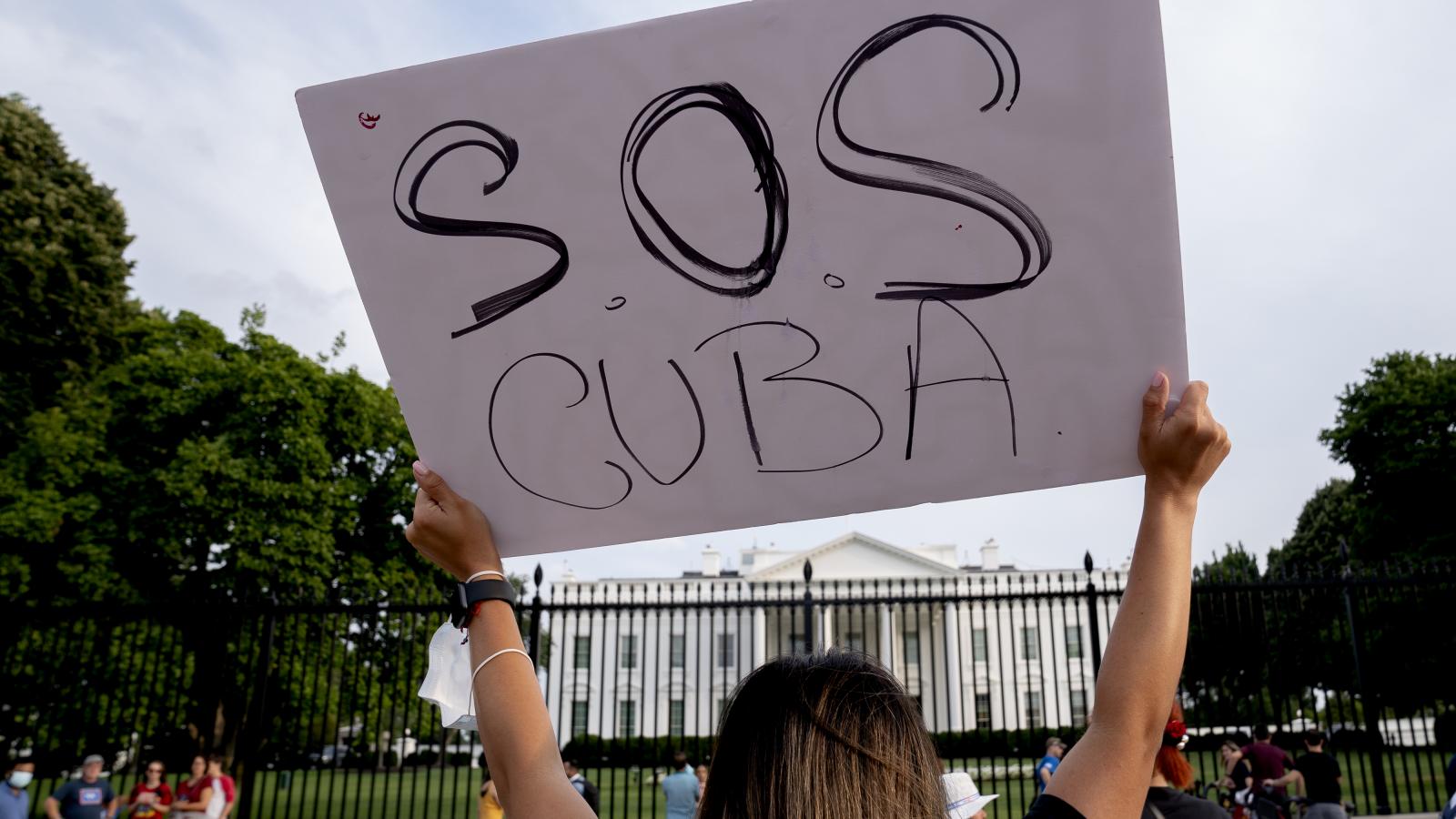 The U.S. is missing a unique opportunity, Tenney fears, to pressure a weak and internationally isolated Cuban government. The Soviet Union is no longer "providing aid and comfort to the Castro regime," she noted, and Raul Castro is "90 years old, with a very weak legacy and with basically a puppet that's kind of running the government."

"We need to act, we need to use our international resources and make sure that we put the pressure on the regime that democracy lovers around the world are going to join with our administration, with our country to defend Cuba.

If the Biden administration doesn't act now, then Cubans will continue to be jailed, and dissidents will continue to end up in camps "and potentially killed," Tenney said. "They're very passive, and they're projecting somewhat of a weakness and a neutral position as opposed to really being strong on freedom and democracy."

Fred Fleitz, National Security Council chief of staff under former President Trump, made a similar point on the John Solomon Reports podcast on Monday, arguing that the Biden administration needs "to clearly stand for the oppressed people of Cuba, make no mistake about that — very strong sanctions on the government."

Tenney, co-chair of the Election Integrity Caucus, discussed how Facebook CEO Mark Zuckerberg funneled hundreds of millions of dollars during the 2020 presidential election to local election districts through a nonprofit, the Center for Tech and Civic Life. Ostensibly provided to help cope with the unique difficulties of conducting an election during the COVID-19 pandemic, the funding was mostly used, said Tenney, for "designing ballots, vote harvesting, paying election officials, getting cars, helping with the purchase" and to "bring motorhomes into districts to pick up ballots to get the drop box items going."

Tenney introduced the "End Zuckerbucks Act" earlier this month, which would "prohibit 501(c)(3) tax exempt organizations from providing direct funding to official election organizations," according to her website.

Tenney mentioned how congressional Democrats want to get rid of voter ID in elections nationwide with H.R. 1, despite the importance of voter identification for election integrity. She added that she doesn't want to see another election like hers, where it took "101 days to determine the outcome, or what's happened in New York City, or what's happening in other states where you have a problem getting to the answer.

"We have solutions in the Election Integrity Caucus, and we're trying to get people on board to understand that we want to advise states and local governments on how we can fix this problem."