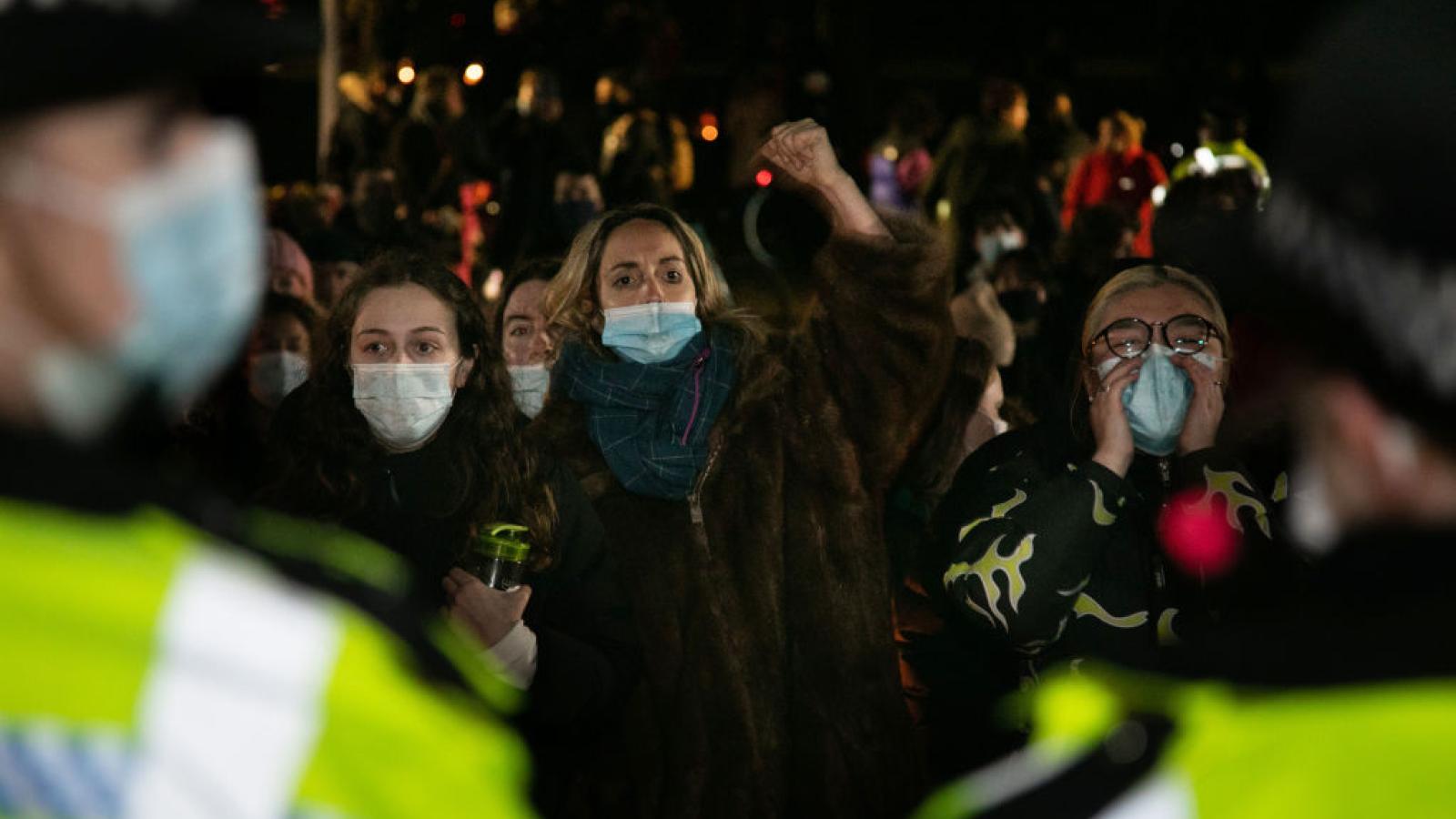 The London Police Department is facing scrutiny for the manner in which authorities dealt with some people on Saturday as hundreds congregated at Clapham Common in London in honor of the late 33-year-old Sarah Everard who was last seen alive near that park earlier in March and whose body was later discovered at another location.

A police officer has been charged with the woman's kidnapping and murder, according to the Associated Press.

Footage showed authorities tussling with participants as they shoved their way through the crowd, the news outlet said. Britain's Press Association reported that some male officers laid ahold of some women and yanked them away handcuffed.

"The scenes from Clapham Common are unacceptable. The police have a responsibility to enforce COVID laws but from images I've seen it's clear the response was at times neither appropriate nor proportionate," London Mayor Sadiq Khan tweeted on Saturday.

"I asked the commissioner and deputy commissioner to come into City Hall today to give me an explanation of yesterday's events and the days leading up to them. I am not satisfied with the explanation they have provided," Khan said in a statement issued on Sunday. "I will now be asking Her Majesty's Inspectorate of Constabulary [HMIC] to conduct a full independent investigation of events yesterday evening and in previous days. I am also asking the Independent Office for Police Conduct [IOPC] to investigate the actions of police officers yesterday evening."

My full statement following my meeting with the Met Commissioner to discuss the policing of the vigil on Clapham Common last night: pic.twitter.com/lagvqVNSDf— Sadiq Khan (@SadiqKhan) March 14, 2021

The scenes from Clapham Common are unacceptable. The police have a responsibility to enforce Covid laws but from images I've seen it's clear the response was at times neither appropriate nor proportionate. I'm contact with the Commissioner & urgently seeking an explanation.— Sadiq Khan (@SadiqKhan) March 13, 2021