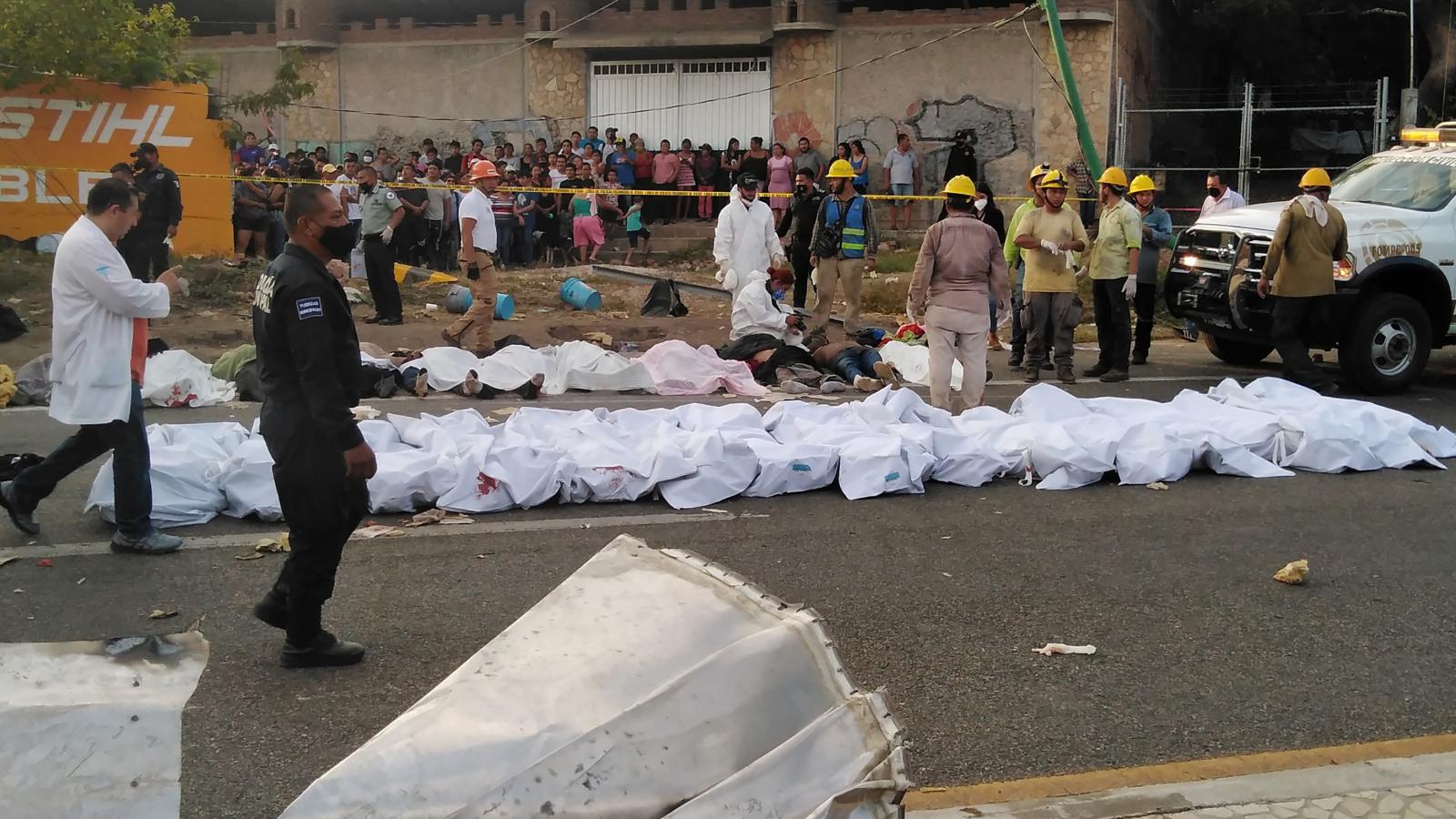 A tractor-trailer with more than 100 migrants crashed Thursday in southern Mexico, killing at least 49 migrants and injuring 58, according to Mexican authorities.

The crash occurred near the border of Guatemala, according to the Washington Post. Director of Civil Protection Luis Manuel García Moreno said the accident appears to have been caused by a mechanical problem, and "According to survivors, the majority appeared to be citizens of Guatemala."

Mexican President Andrés Manuel López Obrador said: “I deeply regret the tragedy caused by the overturning of a trailer in Chiapas carrying Central American migrants. It is very painful. I offer a hug to the families of the victims."

Guatemalan president Alejandro Giammattei said: "I deeply regret the tragedy in the State of Chiapas and I sympathize with the families of the victims to whom we offer all the necessary consular assistance, including repatriations."

Although the Biden administration reinstituted the Trump-era remain in Mexico policy, the Department of Homeland Security appears to have done so with great reluctance, only doing so due to a court order.

Many migrants are willing to pay more than $10,000 to be smuggled into the United States in unsafe conditions, such as packing into tractor-trailers normally used to ferry goods into the country from Mexico.

Many migrants may be attempting to enter the United States to take advantage of what they see as more lenient immigration laws.