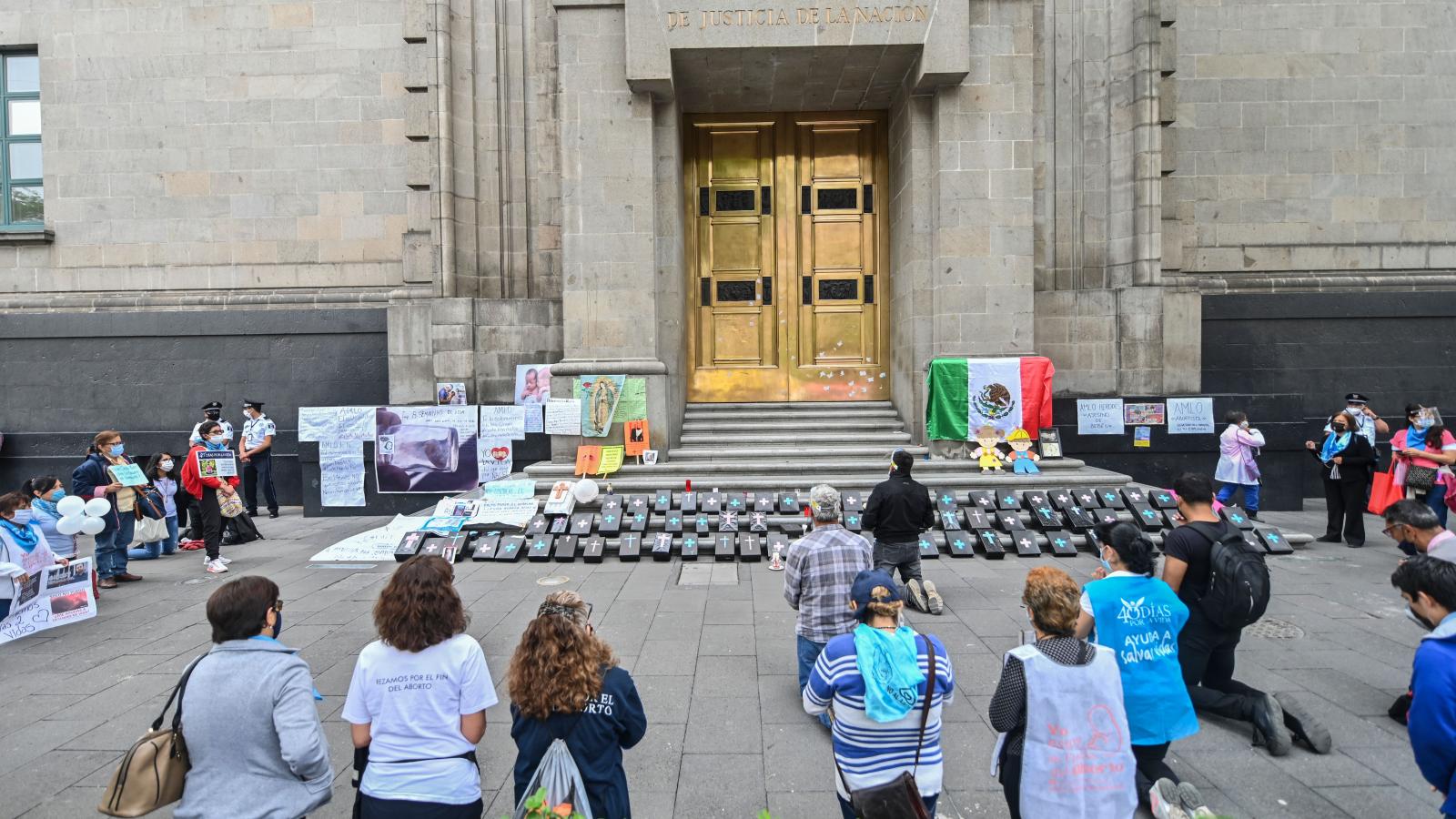 The Mexico Supreme Court ruled on Tuesday that it is unconstitutional to criminalize abortion, annulling a law in the border state of Coahuila that criminalized abortion.

The ruling only affects Coahuila, which borders Texas, but it sets a precedent and "obligatory criteria for all of the country's judges," making them follow suit in similar cases, according to court President Arturo Zaldívar. "From now on, you will not be able to, without violating the court's criteria and the constitution, charge any woman who aborts under the circumstances this court has ruled as valid," he said, according to The Associated Press.

The decision in Mexico, which is a strongly Roman Catholic country, comes a week after the Texas heartbeat bill took effect. That law bans abortions when cardiac activity in an unborn baby is detected. Private citizens can sue Texas abortion providers and anyone else who allegedly "aids or abets" a woman getting an abortion.

Just four Mexican states, Mexico City, Oaxaca, Veracruz and Hidalgo, allow abortion in most circumstances, the AP reported. The rest of the 28 states currently penalize abortion with some exceptions.