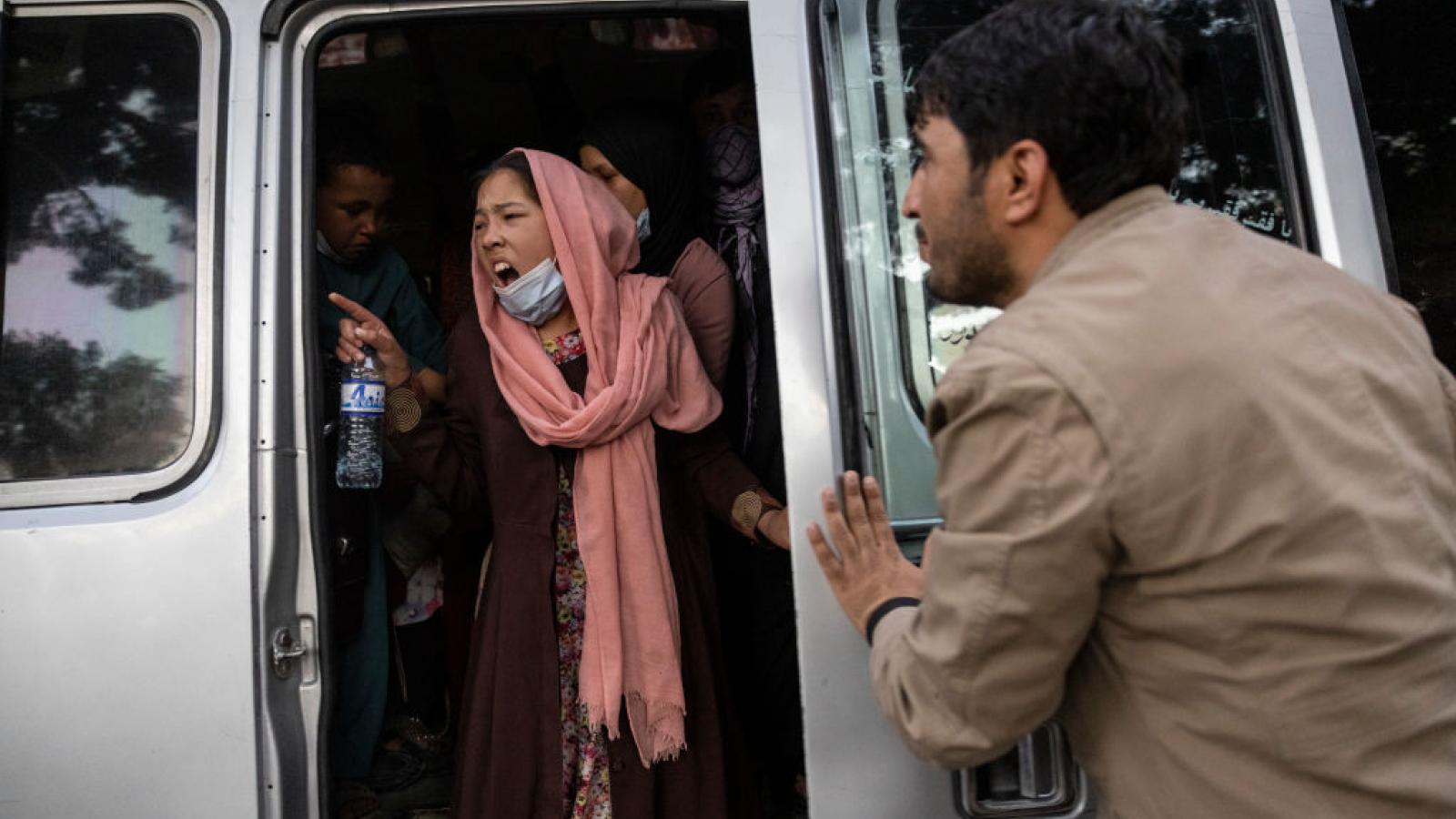 Hundreds of Afghan women marched Tuesday morning through the streets of Kabul, calling for the Taliban to respect the rights they have fought to gain over the last two decades.

The demonstration follows the shutdown of a similar protest over the weekend and the threat of violent retaliation against the woman, who've made clear to the militant ruling group that they are ready to fight against subjugation.

The weekend protest, which eventually included hundreds of men, dispersed when the shots rang throughout the crowd.

The Taliban, which is planning to announce a new government, has said it want the structure of its rule to be inclusive. Women, they say, will retain at least some of the rights they were denied last time the Taliban was in charge, and members of the Afghan army will be integrated into the nation's new security forces. The group is planning to share more details during a press conference on Tuesday afternoon.

The group has not yet codified any laws, or shared any specifics on how it plans to rule. However, it is seeking a more moderate look, inviting women to join the government and clarifying that they will be allowed to work and allowing girls to receive an education. Meanwhile, women around the country have also been instructed to stay home as the Taliban teach their men on the ground to refrain from hurting them.

Those marching Tuesday morning carried a banner that read, "Freedom."