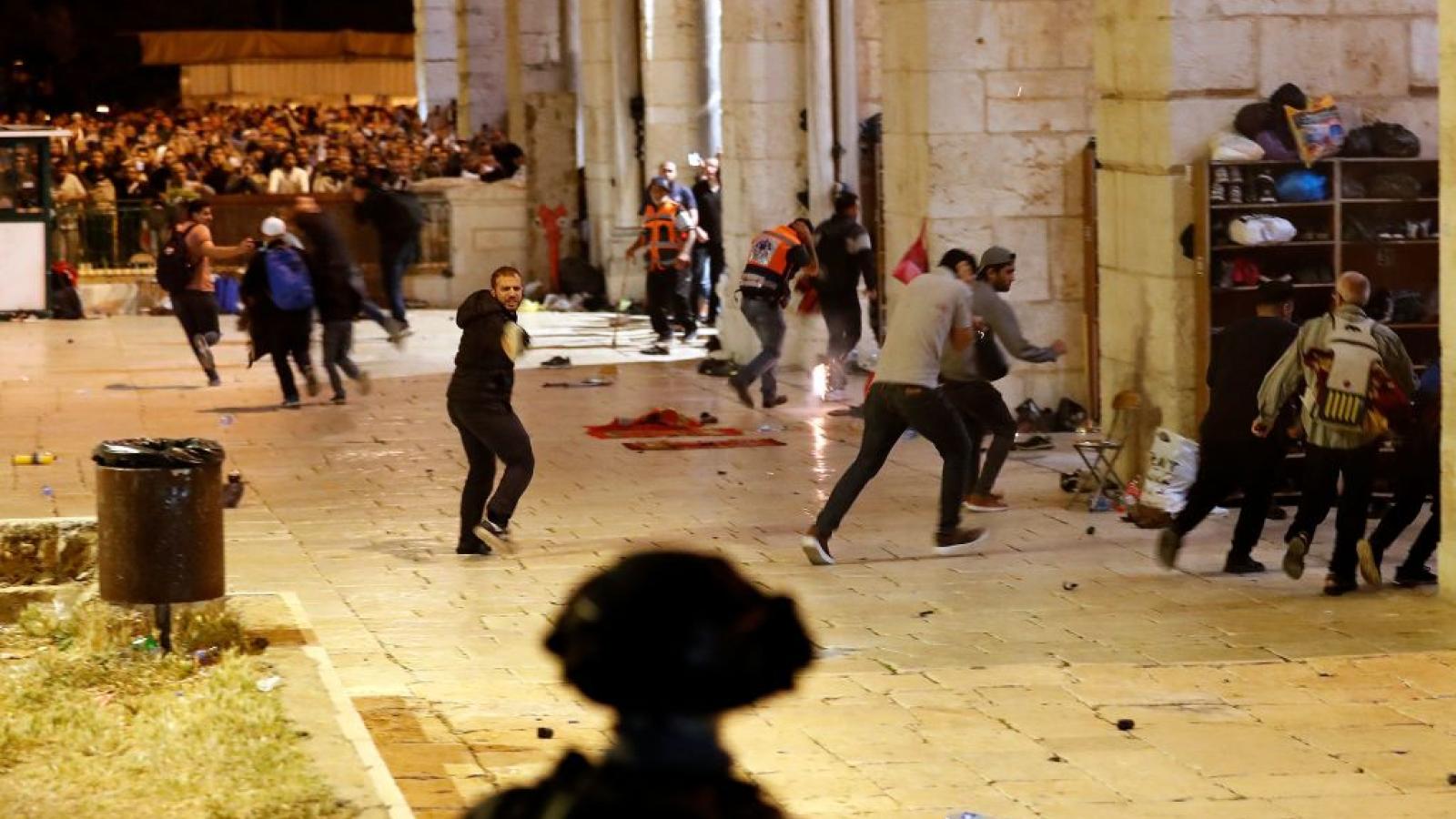 The clash at the al-Aqsa mosque, May 7
(AHMAD GHARABLI/Getty)
By Daniel Payne

Dozens were injured amid unrest at the al-Aqsa mosque in Jerusalem on Friday night, part of an ongoing series of violent incidents in the area that have sprung up in recent weeks.

Nearly two dozen of those injuries resulted in hospitalizations.

The al-Aqsa site also serves as the holiest location in Judaism—the Temple Mount, where the first Jewish Temple is said to have been constructed and the second was built before its destruction in 70 A.D.