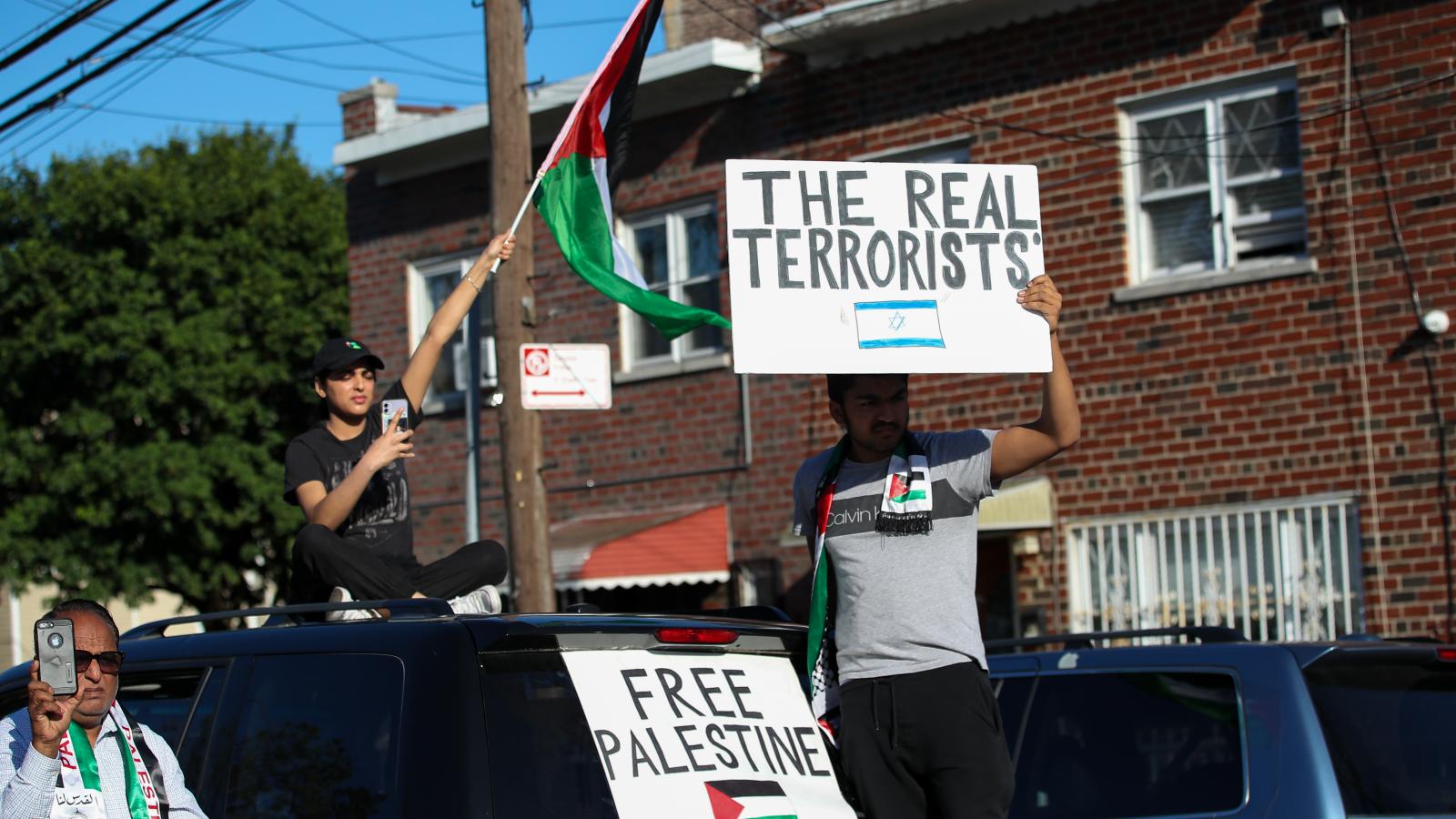 Former Israeli ambassador to the U.S., Ron Dermer called out the lack of condemnation regarding anti-Semitic comments in the Democratic Party and Hollywood.

On the "John Solomon Reports" podcast, Dermer contrasted House Speaker Nancy Pelosi's history of speaking out against anti-Semitism with her reluctance to condemn it amongst her fellow Democratic members of Congress.

"She has been very vocal in the past about anti-Semitism, and I think it's something that she cares about," Dermer said. "It comes from her father, who actually spoke very forcefully out against anti-Semitism during the Second World War, during the Holocaust, and really took on the leader of his own party ... Franklin Delano Roosevelt. And I think it's important to always do more.

"I think that a missed opportunity was a couple of years ago, when I was a sitting ambassador, and Ilhan Omar, a young congresswoman, said something that was clearly anti-Semitic and beyond the pale, and the Congress did not condemn her. And ultimately, what was voted on was something that Congresswoman Omar voted on herself, which tells you the nature of the condemnation. That, to me, was a defining moment. When a party cannot take a stand against that type of anti-Semitism, it does not bode well."

Pelosi's "missed opportunity," according to Dermer, was when, following Omar's claim that supporters of Israel had "dual loyalty," a resolution condemning "all hate" — broader than the original condemnation of Omar's anti-Semitic comments — was passed in the House. Omar was voted 2019's anti-Semite of the year, according stopantisemitism.org.

"It is very important to push back. I hate to use one of those words like 'inflection point' ... this is an ancient, ancient hatred. And that's a powder keg, that, as I said, for 50 years, was sort of put away, and now it's back. And these people, whether it's a John Oliver or Trevor Noah, or all these people who are sending all these allegations, demonizing Israel, saying things that are libelous and false — they're playing with matches, and they should not do that."

He also compared anti-Semitism to other forms of racism.

"I don't think it would be happening if it was against another group, like African Americans, where people have no tolerance for racism," said Dermer. "It wouldn't happen if it was against the LGBT community, where anything that is said is immediately pushed back — and is seen as being completely unacceptable. That has to be the same standard when it comes to anti-Semitism.

"There can be no tolerance, zero tolerance for anti-Semitism, and the only way you show that is by speaking forcefully out against it. Ultimately, you know, people are going to elect who they're going to elect. But I think it's what the leaders say that matters as much as what this or that congresswoman says."

Anti-Semitism is a "canary in the coal mine," Dermer warned.

Pelosi's office did not immediately respond to a request for comment. However, last week, Pelosi tweeted:

The recent spike in antisemitic attacks against Jews around the country and the world is horrific, heartbreaking & demands action. Antisemitism cannot be tolerated. We must come together as Americans to condemn and combat this appalling bigotry and hatred.

Dermer also discussed peace in the Middle East, and how the Biden administration's plan of appeasing Iran jeopardizes that goal.

"I think that combination of factors — confronting Iran, embracing Israel, leaving the door open to the Palestinians, but not letting them veto progress, that enabled us to do it," he said. "If the Biden administration ... would continue that policy that succeeded — by confronting Iran, embracing Israel, and not giving the Palestinians veto power — you're gonna see peace expand."

"If they don't, if they move towards appeasing Iran, which unfortunately, looks like they're doing by rejoining the nuclear deal with Iran — and that's what this is, appeasement. We can cover it up with all things, and say nice words about it. You know, I'm a former diplomat, but the a-word — this is appeasement. That's what it is. And by appeasing Iran, they haven't in any way confronted Israel, and we're thankful … President Biden, during this last confrontation with Hamas, we're thankful that he backed Israel's right to defend itself."

"But I think the big change that has happened is the shift in Iran. And by shifting to Iran, it actually takes all the oxygen out of the room for these Arab political leaders, and I think it's going to be very hard to get new Arab countries to move forward because they won't do it under an administration that is appeasing what is their greatest enemy."

"I would certainly not blame the Biden administration for the intra-Palestinian politics and what Hamas decided to do. And we were pleased that when we had this confrontation, that President Biden, against a lot of people in his own party, and certainly a lot of calls internationally, said, 'Well you know, I back Israel's right to defend itself,' which I personally think should be a no-brainer when we're fighting a terror organization — you shouldn't have any equivalence between Israel and a terror organization. But you know, given how things have happened in the past, from time to time, we were pleased that we had that backing."