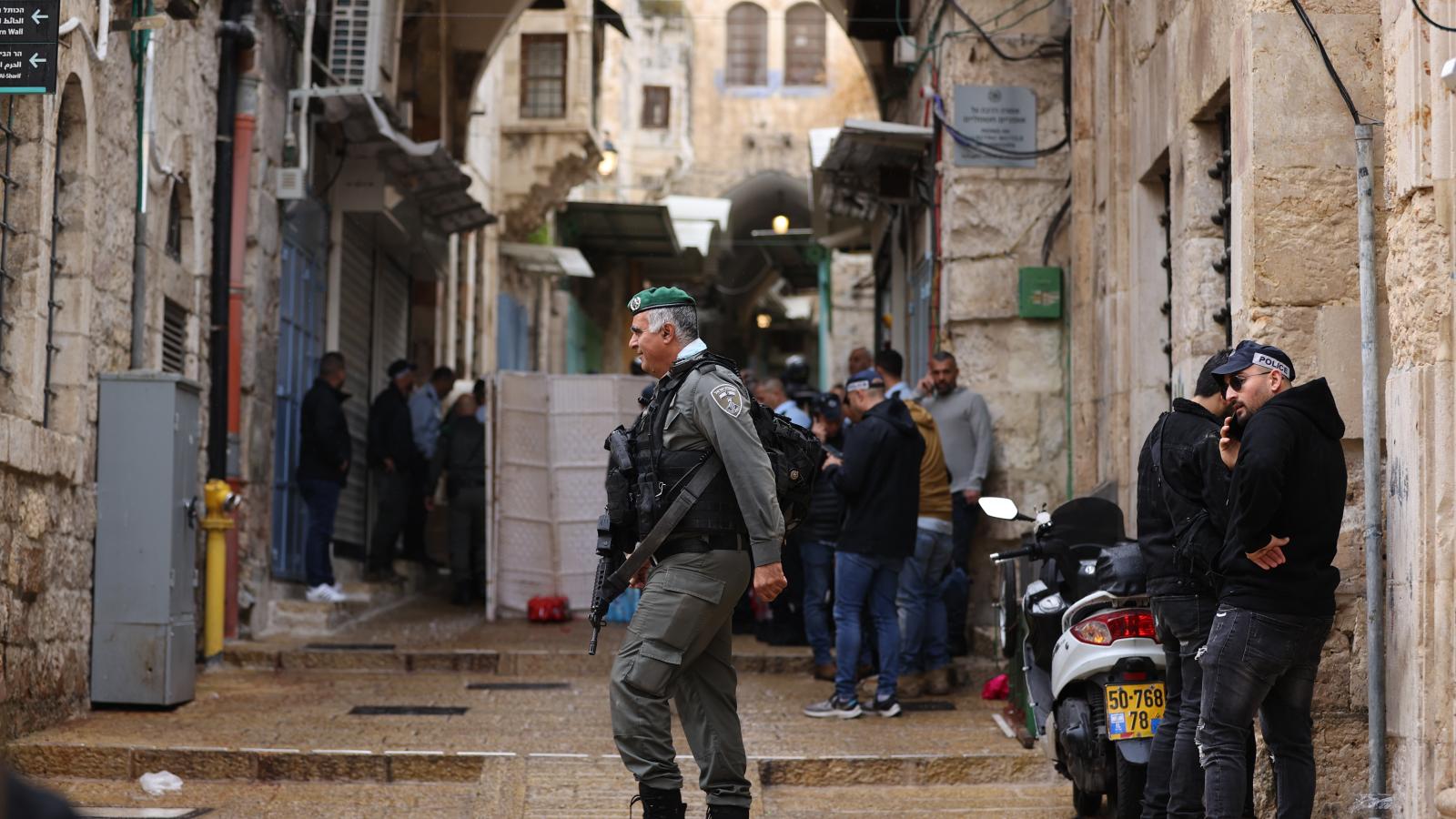 A Hamas terrorist attack on Sunday morning in Jerusalem's Old City left one man killed and four others injured.

Two of the injured were civilians and the other two were border police officers, according to Magen David Adom rescue services, The Jerusalem Post reported.

The man who was killed, 26-year-old Eliyahu David Kay from Kibbutz Beer Yitzhak, had been taken to Hadassah-University Medical Center at Jerusalem's Mount Scopus in critical condition with head wounds before later being pronounced dead.

The border police officers had light injuries, 46-year-old Rabbi Zeev Katzenelnbogen, a father of eight, was one of the civilians injured, and the other civilian, yeshiva student Aaron Yehuda Imergreen, has been hospitalized at Shaare Zedek Medical Center in serious condition.

The attack took place at the Chain Gate in the Old City, and was the second in under a week. Two border police officers were lightly wounded in a stabbing attack in the Muslim Quarter on Wednesday.

"This morning there was a severe shooting attack in the Old City of Jerusalem. We currently have one killed and three wounded," Prime Minister Naftali Bennett said at the start of the weekly cabinet meeting.

"There was a very swift action of our forces, the two policemen who were at the scene and who very quickly neutralized the terrorist," Bennett added. "However, this is the second recent terrorist attack in Jerusalem. I have directed the security forces to prepare accordingly and to be alert over concern for copycat attacks. We need to be on heightened alert and prevent further attacks."

Public Security Minister Omer Bar-Lev said the attacker "moved through the alleys and fired quite a bit. Luckily, the alley was mostly empty because otherwise — heaven forbid — there would have been more casualties. The entire incident lasted 32 or 36 seconds. The actions of the female officers was operationally at the highest possible level."

The Hamas member who executed the terrorist attack was Fadi Abu Shkhaydam, a 42-year-old Palestinian from East Jerusalem. His wife and son reportedly fled the country several days prior to the attack.

Two female police officers quickly arrived at the scene near an entrance to the Temple Mount and opened fire on Shkhaydam, killing him. Two male border police officers later rushed to assist.

Hamas took responsibility for the attack, saying it was a "heroic operation" and warning "the criminal enemy and its government to stop the attacks on our land and our holy sites. [Israel] will pay a price for the iniquities it commits against Al-Aqsa Mosque, Silwan, Sheikh Jarrah and elsewhere."