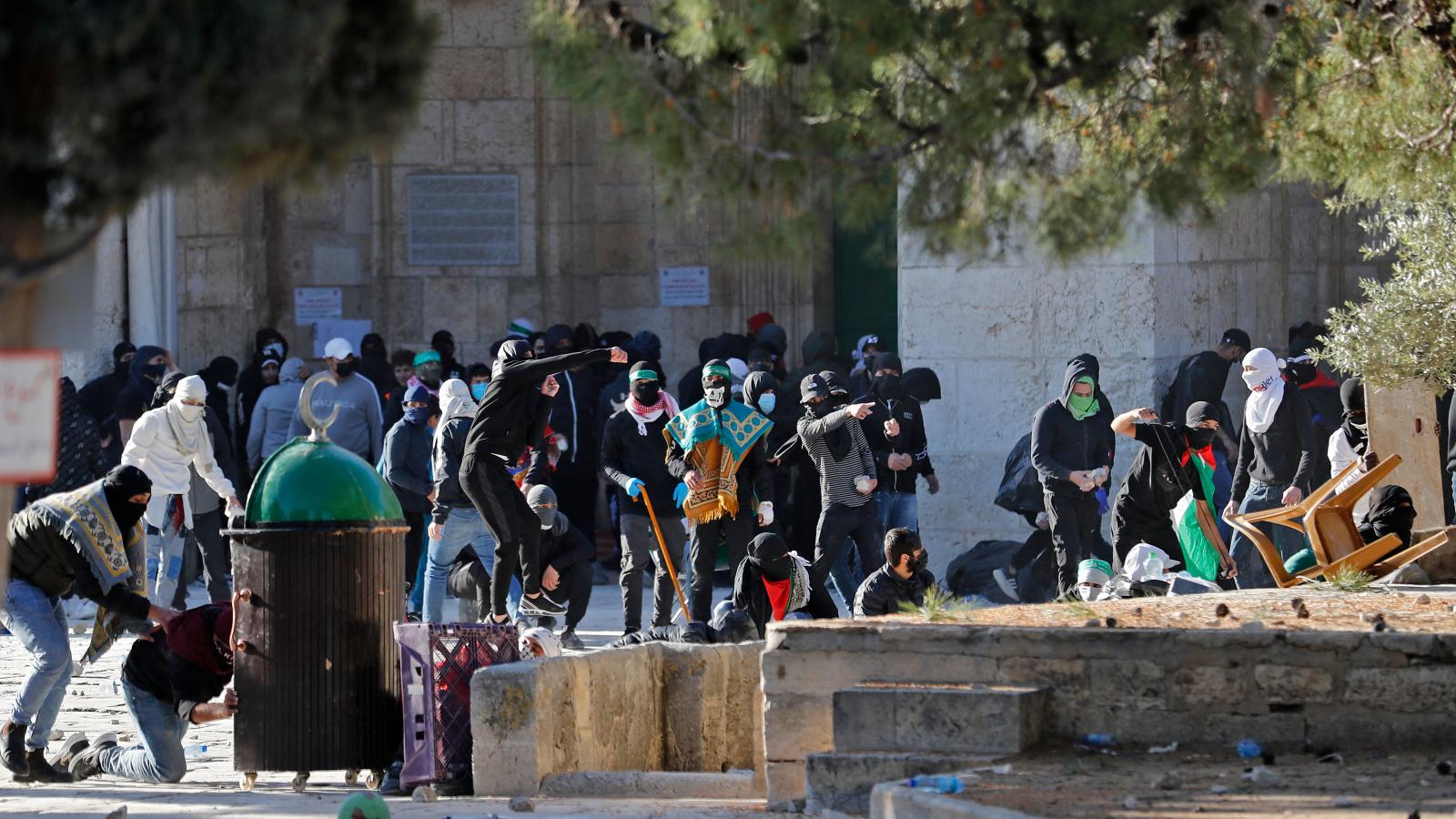 Dozens of injuries have been reported after Israeli Defense Forces dispersed a crowd at Al-Aqsa Mosque on Friday morning following a confrontation with worshippers who were throwing rocks and setting off fireworks while wearing Hamas gear.

Israel's Foreign Ministry said that masked men set off fireworks and desecrated the mosque, located on the Temple Mount, and police entered the grounds to disperse the crowd and remove the rocks that were being thrown.

After initially claiming that police did not enter the mosque itself, the ministry announced shortly thereafter that "Israeli police entered Al-Aqsa Mosque in order to disperse violent rioters desecrating the site and endangering the public."

The Red Crescent said that 67 people have been taken to hospitals for treatment following clashes at the mosque, according to Shehab.

Videos show that fireworks, rocks and stun grenades were thrown in the mosque by worshippers.

A Just the News reporter heard repeated bangs from the mosque shortly before 6 a.m. Friday.

Continued loud bursts were heard throughout the morning in the area. Crowds gathered in an attempt to enter the mosque, but IDF service members would only allow some worshippers in at a time. At certain points, Israeli soldiers used batons to disperse the rambunctious crowd outside the gate of the mosque.

The foreign ministry stressed that authorities "will take all necessary action in order to ensure freedom of worship, and will not tolerate violence aimed at thwarting religious freedom."

The Supreme Islamic Council, a group in charge of Muslim community affairs, released a statement on the clashes.

"We call on the Palestinian people to mobilize the general mobilization in all parts of Palestine, and to trek to Al-Aqsa Mosque," the council said, as translated.

Photos from inside the mosque Friday morning show men wearing Hamas scarves, holding up a banner in support of the terrorist group.

"The violence by Palestinians at the Temple Mount / Al Aqsa was premeditated," Jerusalem Post columnist Emily Schrader wrote on Twitter, including a video showing men breaking up rocks near the mosque in the evening.

The protests come on Good Friday, which is also the morning before Passover is set to begin.

Returning to the Mount, a Jewish fundamentalist group, offered cash prizes to anyone who could perform the biblically mandated sacrifice of a lamb on the Temple Mount before Passover.

Hamas threatened Israel earlier in the week over the reward and said that it would not allow a sacrifice "at any cost," The Times of Israel reported.