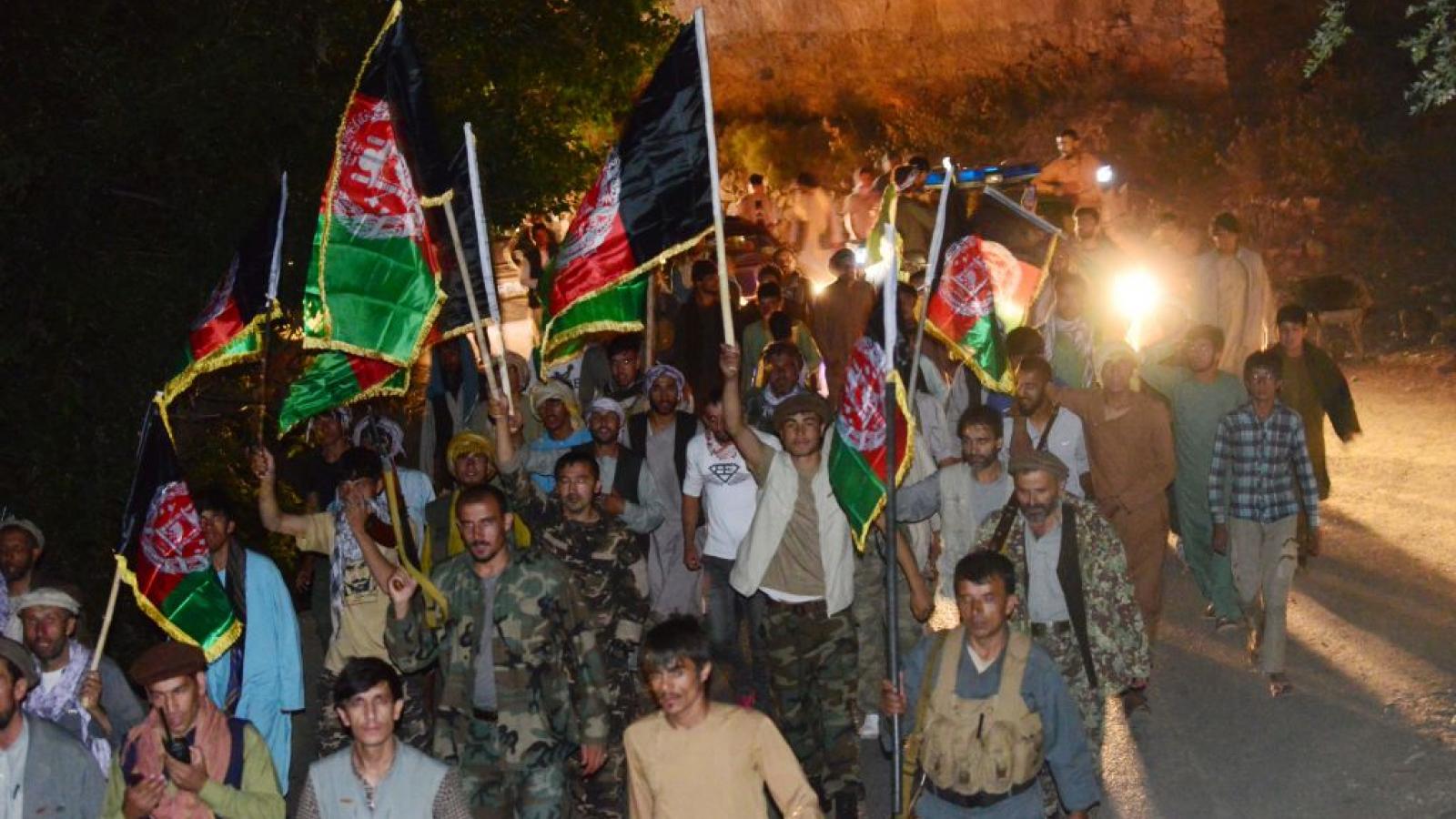 The Taliban attacked Afghan protestors in Jalalabad on Wednesday, killing at least one, who took down the terrorist group's flag and replaced it with their nation's flag, according to reports.

Dozens of Afghans congregated in Jalalabad and a nearby market town to take down the Taliban's flag and raise their national flag a day before Afghanistan's Independence Day, which celebrates the end of British rule following the 1919 treaty, the Associated Press reported.

According to video footage, the Taliban fired into the air and attacked people with batons to cause them to disperse. A reporter for a local news agency, Babrak Amirzada, said that both he and a TV cameraman from another outlet were beaten by the Taliban, according to the AP.

The Taliban killed at least one person and injured six others, according to a local health official, who spoke on condition of anonymity, the news outlet reported. The Taliban didn't acknowledge either the protest or the violent attack.

Only one other protest against the Taliban has taken place since the capital of Kabul was captured on Sunday, which consisted of a few women in the city, according to the wire service.

Many Afghans are hiding at home or attempting to flee the country in fear of the Taliban, which has been known for its previous draconian rule despite its current claim that it'll respect human rights.