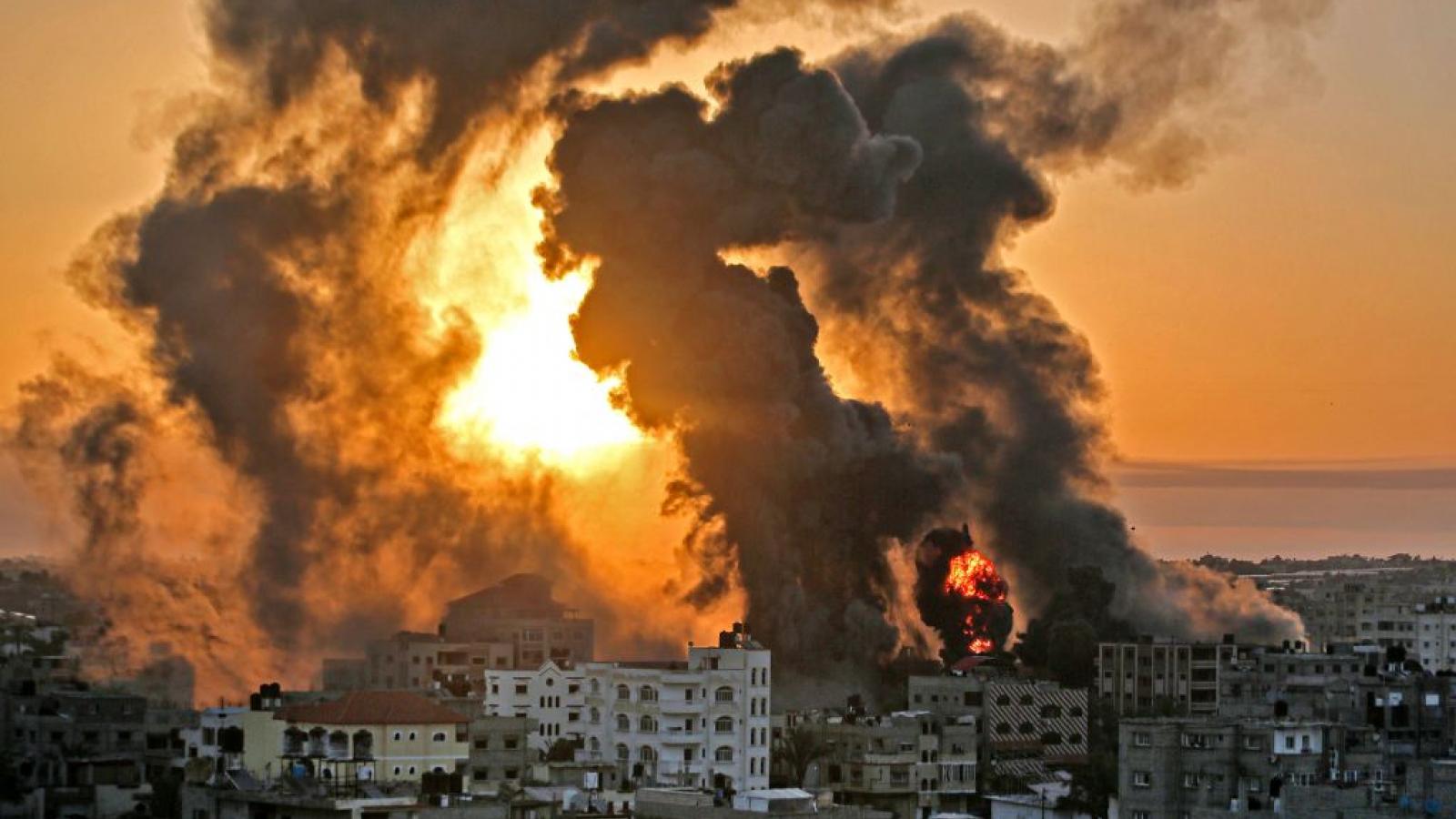 There have been no reported injuries as a result of the Israeli airstrikes. But during the demonstrations, in which protesters threw rocks and explosives at Israeli soldiers, 24 Palestinians were injured by gunfire from Israeli soldiers, according to the Associated Press.

The demonstrations on Saturday were protesting the blockade on Gaza from both Israel and Egypt. Gaza is controlled by Hamas, the Iranian backed organization designated as a terrorist organization by the U.S. and dozens of other countries.

Israeli Prime Minister Naftali Bennett told his Cabinet on Sunday that he would "settle the score with those who harm our soldiers and Israeli civilians."

This latest outbreak of violence comes just three months after Israel and Hamas agreed to a ceasefire following 11 days of fighting in which at least 13 Israelis and approximately 250 Palestinians died.