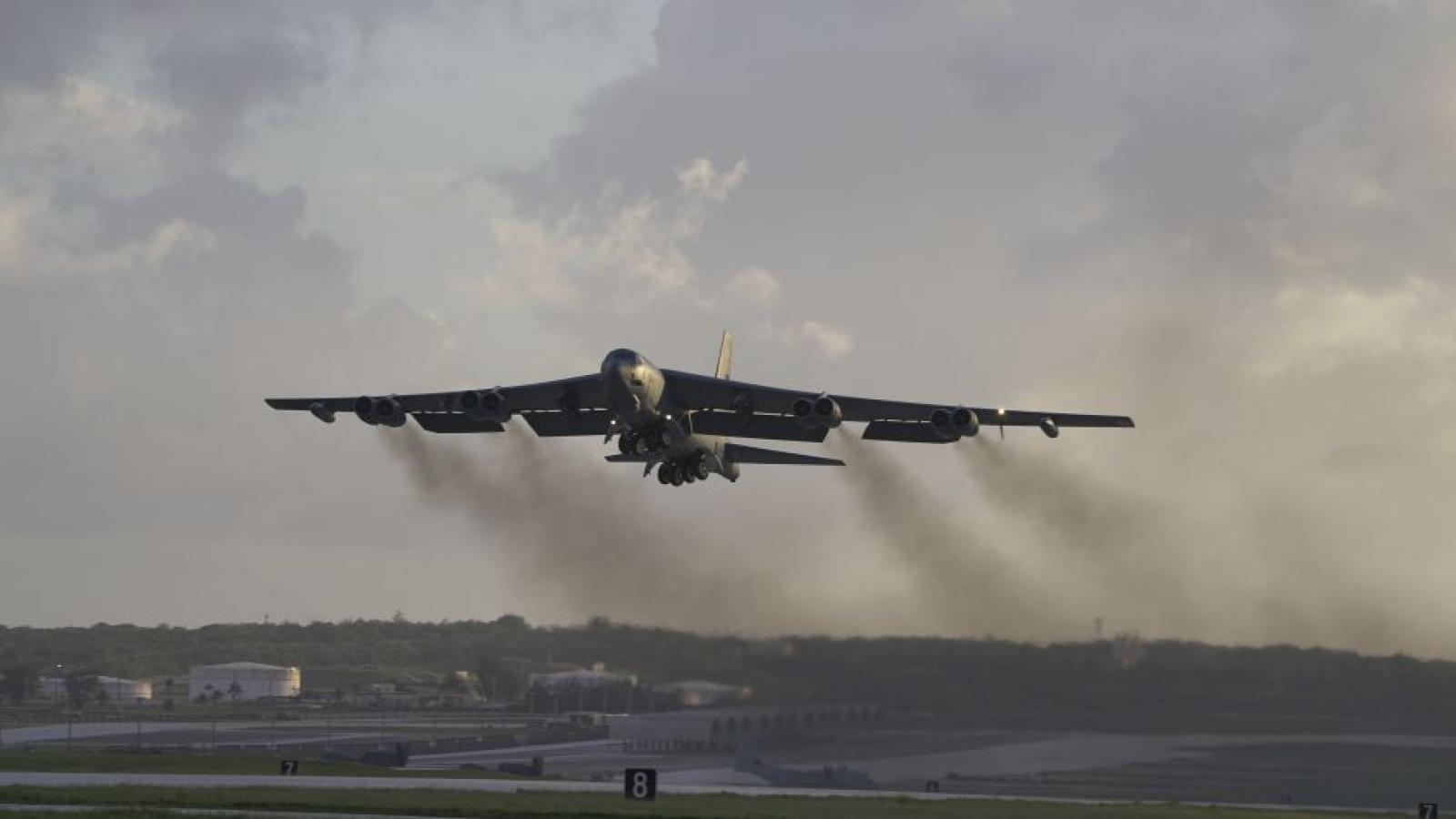 Two U.S. Air Force B-52H bombers traversed the skies over the Middle East on Sunday in what U.S. Central Command described as a move to "deter aggression and reassure partners and allies" regarding America's dedication to security in the area.

"Multiple partner nations and U.S. Air Force fighter aircraft accompanied the U.S. bombers at different points during the flight, including Israel, Saudi Arabia and Qatar," according to CENTCOM.

The Israeli Air Force tweeted photos of its own F-15 fighter planes joining in on Sunday.

While CENTCOM did not mention Iran in its press release, the Jerusalem Post described the move as "a clear signal to Iran" and the Associated Press characterized the flight as a warning to that nation.

"The U.S. Air Force routinely moves aircraft and personnel into, out of, and around the U.S. Central Command area of responsibility to meet mission requirements, and to train with regional partners, underscoring the importance of strategic partnerships," CENTCOM said in its statement. "Temporary long-range bomber deployments into the region dates back to 2015. This was the fourth bomber deployment into the Middle East this year."