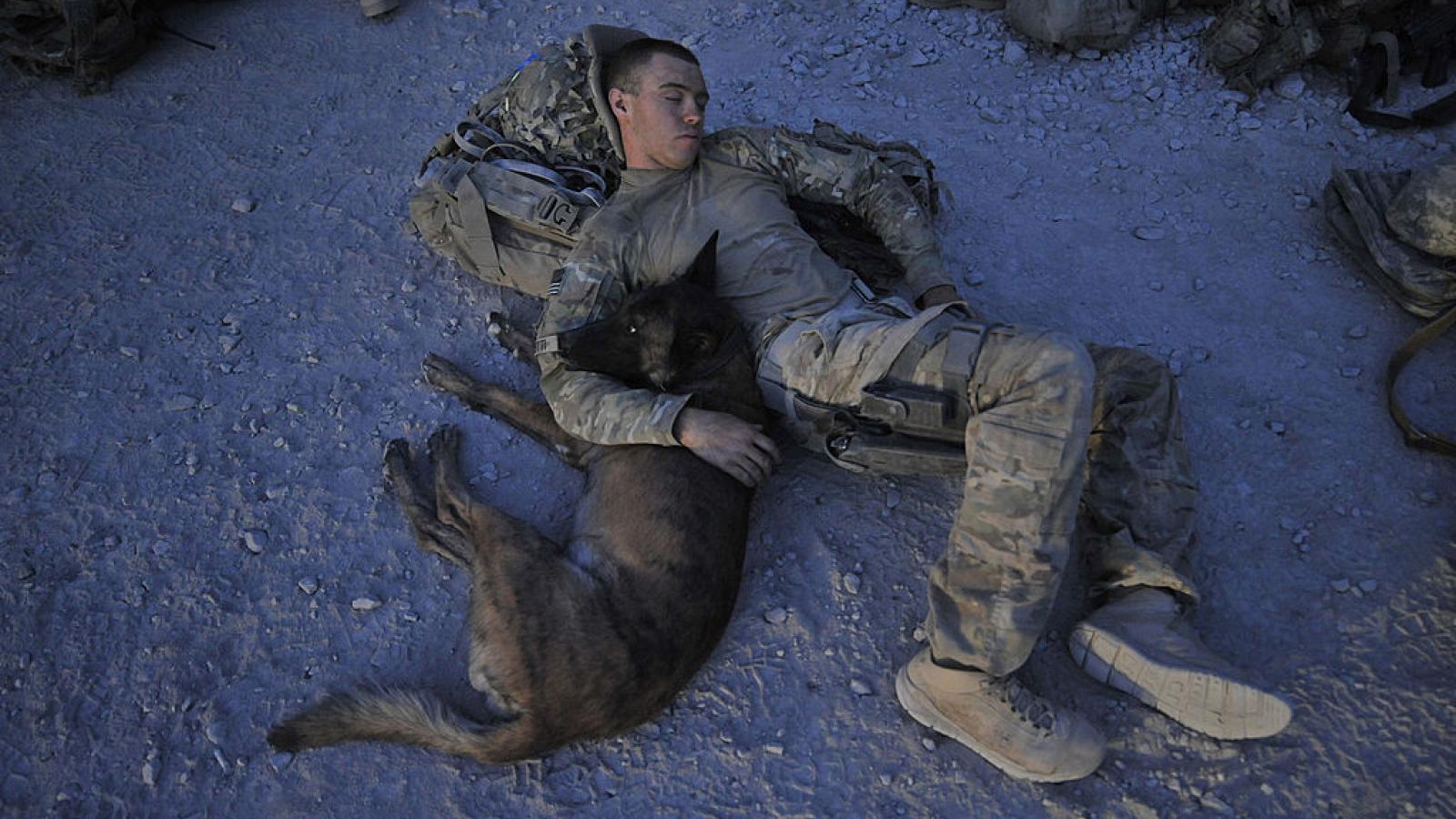 It wasn't just Americans and loyal Afghan allies who were left behind as the final U.S. evacuation flights took off from Kabul's Hamid Karzai Airport this week — an undetermined number of four-legged patriots were stranded as well.

Pictures posted online over the weekend by a group called the Veteran Sheepdogs of America appear to show dozens of military service dogs in cages at the airport. Joshua Holser, the founder of the group, said he hoped to rescue the working dogs by raising close to $1.7 million to pay for a 737 jet out of Kabul.

"I am devastated by reports that the American government is pulling out of Kabul and leaving behind brave U.S. military contract working dogs to be tortured and killed at the hand of our enemies," said Dr. Robin R. Ganzert, CEO and president of American Humane.

"These brave dogs do the same dangerous, lifesaving work as our military working dogs, and deserved a far better fate than the one to which they have been condemned," Ganzert continued, adding that "in order to prevent this tragedy from occurring, these K-9s should be loaded into whatever cargo space remains and flown to safety."

On Tuesday, after the picture of the caged dogs had garnered enough online attention to warrant an official comment from the administration, Pentagon spokesman John Kirby issued a carefully worded denial the U.S. had abandoned the service dogs in Kabul.

"To correct erroneous reports, the U.S. Military did not leave any dogs in cages at Hamid Karzai International Airport, including the reported military working dogs,” wrote Kirby in a statement. "Photos circulating online were animals under the care of the Kabul Small Animal Rescue, not dogs under our care."

Kirby's qualified denial came shortly after conservative journalist Jack Posobiec launched the hashtag "#NoPawsLeftBehind," prompting members of the online community to share pictures of their dogs while reprimanding the Biden administration for leaving the working dogs behind.

Despite the Pentagon's carefully parsed denial, a report from Kabul Small Animal Rescue (KSAR), indicates that the animals were denied boarding on military aircraft and the private charter aircrafts that were arranged to transport the animals were never granted access to the airport.

Now, according to the Society for the Prevention of Cruelty to Animals International (SPCAI), many of the working dogs who were denied entry on the military planes have been released into the Kabul airport. An update from the group reads: "Most of the KSAR dogs had to be released into the airport on August 30 as the airport was evacuated — turning once rescued shelter dogs into homeless strays. They were not given access to the flight we had secured to transport them out of the country."

The update said it is not clear how many dogs were released or whether the U.S. military was able to evacuate any of the 46 working dogs that had been under the care of KSAR when the troops left.

On Tuesday afternoon, President Biden delivered an address to the American people defending the way the drawdown in Afghanistan went. Despite 13 slain members of the U.S. armed forces, hundreds of Americans and Afghan allies still stranded in harm's way, and a U.S. airstrike that reportedly killed a number of civilians — most of them children — the president is insisting that the exit went smoothly and essentially as planned.