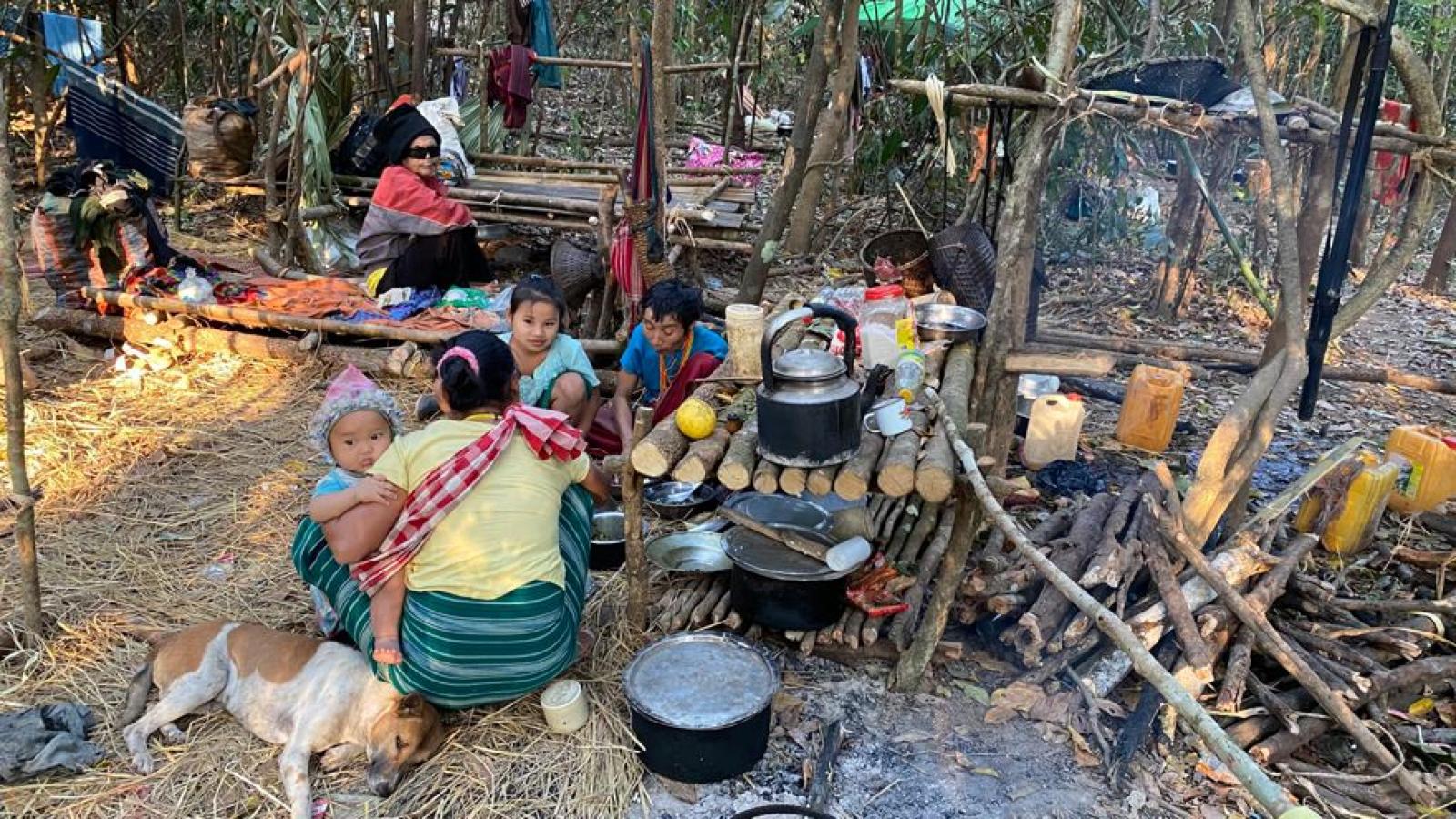 "We've been shot at multiple times," said Eubank, whose organization, the Free Burma Rangers, is trekking through the back country while heading toward remote villages. "We provide medical care and food, but the army is blocking access. If the Burma army sees you, they shoot you. They attack everything that tries to resist them."

The military in Burma, also known as Myanmar, overthrew the government on Monday, seizing power in the capital city of Naypyidaw. The army captured the nation's leader, Aung San Suu Kyi, and declared a state of emergency.

The takeover unfolded ahead of the scheduled Feb. 1 opening day of the first new session of parliament following the country's November elections. In those elections, incumbent Aung San Suu Kyi reportedly won by a wide margin. The military-backed opposition claimed, though, that the election was invalid. The military alleged problems with voter lists and possible fraud. The ousted leader formally was charged on Wednesday with illegally importing walkie talkie radios.

The Southeast Asian country sits between India, Bangladesh, China, Laos and Thailand. During World War II, it served as a base for long-range U.S. Army guerrilla operations against Japan. The now deposed leader, Aung San Suu Kyi, came to power in Myanmar in 2015 when her National League for Democracy (NLD) won the general election. The government clashed over the years with insurgents from various ethnic rebel groups, and established a series of erratically observed ceasefires amid ongoing peace talks.

The coup brought soldiers and armored vehicles into the city streets of Burma, but left little unchanged in outlying areas, Eubank said.

"The military took overt power," Eubank said. "But the impact hasn't hit us. They've been attacking the ethnic people anyway, so it's nothing different for us."

The one variation, Eubank said, is in the degree of truth. "The one positive thing is, it shows anyone who wasn't educated on this, that the military is in power and they're up to no good. That's the big monster we already knew about."

The son of Christian missionaries, Eubank formed his group in 1997 to deliver humanitarian aid to oppressed ethnic minorities in conflict zones in Burma, Iraq, Kurdistan, Syria and Sudan. The Free Burma Rangers also train local ethnic teams in conflict resolution, public health, and a variety of medical and survival skills.

Aside from the military assaults, the main problems facing the ethnic groups now are hunger and sickness, according to the former Green Beret. The groups are being uprooted in clusters that range into the thousands each, he noted.

"We're trying to move enough rice to feed everybody who's been displaced," Eubank said. "Also tarps and medicine. We're coordinating getting rice through the underground. Rice will come by truck and boat, and we're taking it up the mountains by back and by horseback."

When the aid workers encounter the military, Eubank said, they vanish into the brush. "If they shoot at us we go into the jungle, go the long way."

The ethnic groups and aid workers encounter other deadly obstacles. "There are lots of landmines, but the villagers know where they are," Eubank said. "The resistance also uses land mines, to protect themselves."

The international community, meanwhile, has focused on the political implications of the coup, and on diplomatic responses.

The G7 Foreign Ministers of Canada, France, Germany, Italy, Japan, the United Kingdom and the United States, along with the European Union, jointly condemned the coup on Wednesday.

"We call upon the military to immediately end the state of emergency, restore power to the democratically elected government, to release all those unjustly detained and to respect human rights and the rule of law," the group wrote in a joint statement. The members asked that officials in Burma convene its Parliament as soon as possible.

"The military's restrictions on information flows are deeply concerning," the G7 leaders wrote. "Civilians, including civil society and the media, must not be subject to reprisals in any form. We also call for unrestricted humanitarian access to support the most vulnerable."

To Eubank, that translates into the ethnic groups in remote, largely ungoverned areas, whose situation remains unchanged from before the military seized power.

"The coup is a done deal," Eubank said. "The only people fighting the government are the ethnic armed groups. Unless there's a mass uprising, the dictators are here until they implode."

In the meanwhile, he said, he and the Free Burma Rangers will press on into the mountains to deliver food, medicine and moral support.