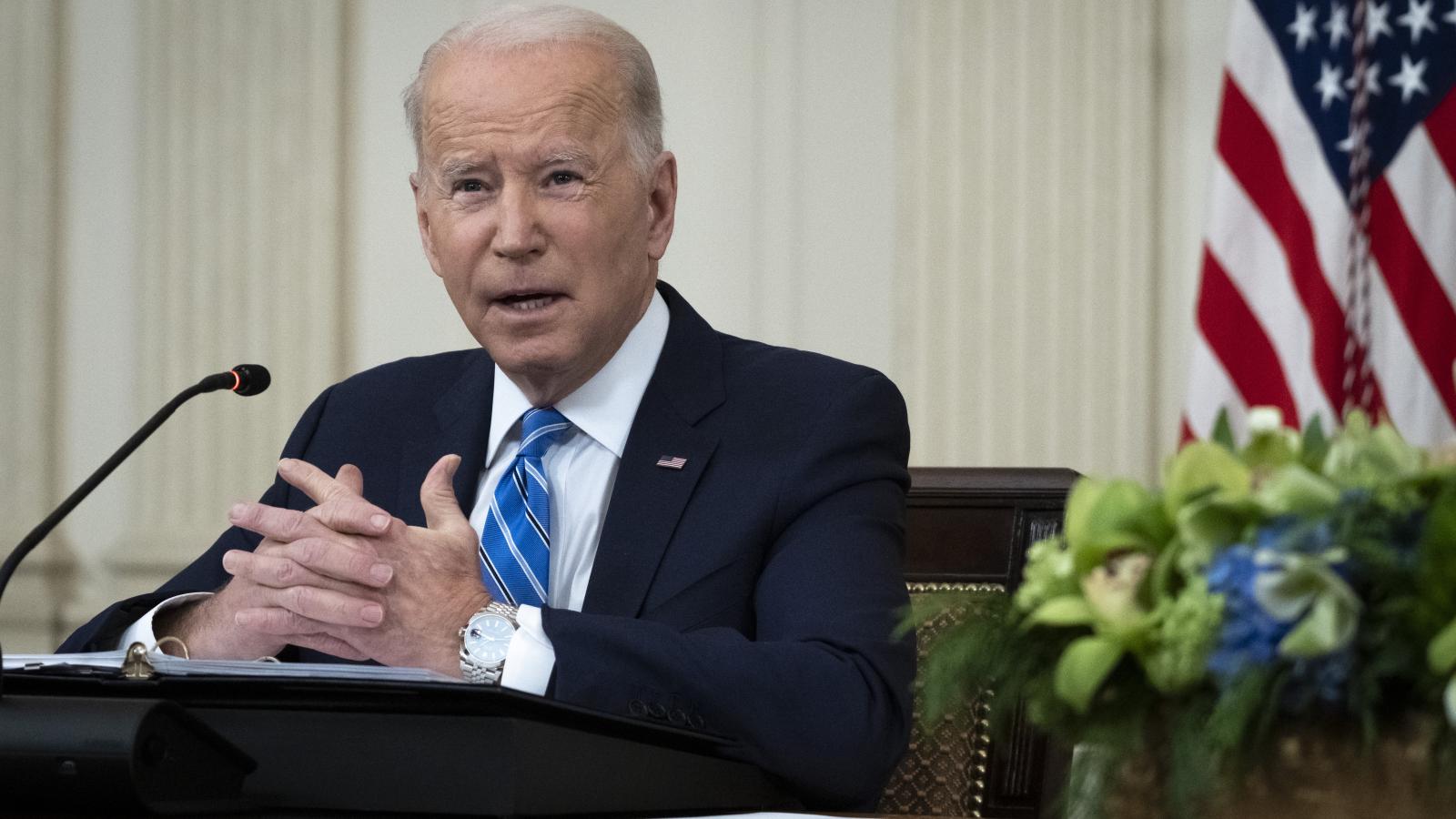 President Joe Biden will travel to Poland today, marking his second stop on a Europe trip designed to further establish the West's response to Vladimir Putin's invasion of Ukraine.

Crisis talks in Brussels on Thursday led to a group of Western leaders announcing a slate of sanctions against hundreds of members of the Russian elite. Ukrainian President Volodymyr Zelensky also expanded the list of military assistance it says it needs from the U.S. He now claims Kiev requires 1,000 missiles per day.

At the two week mark of the war, the U.S. and other NATO allies had sent about 17,000 anti-tank missiles and 2,000 anti-aircraft missiles to Ukraine. Western nations have since supplied a steady stream of weapons to the country under attack.

In Poland, Biden will emphasize the U.S.' commitment to protecting a key, and vulnerable ally that lies just beyond the border of Ukraine. Poland has, thus far, accepted more than 2.2 million of the 3.5 million refugees who have fled Ukraine since the start of the war.

Polish President Andrzej Duda will welcome Biden to Rzeszow, a city about 45 miles from the border of Ukraine, where the U.S. leader will receive a briefing on the humanitarian effort to help Ukrainians and meet with U.S. troops.

On Thursday, the U.S. announced it will accept 100,000 Ukrainian refugees who have been forced to flee their homeland in the last month.