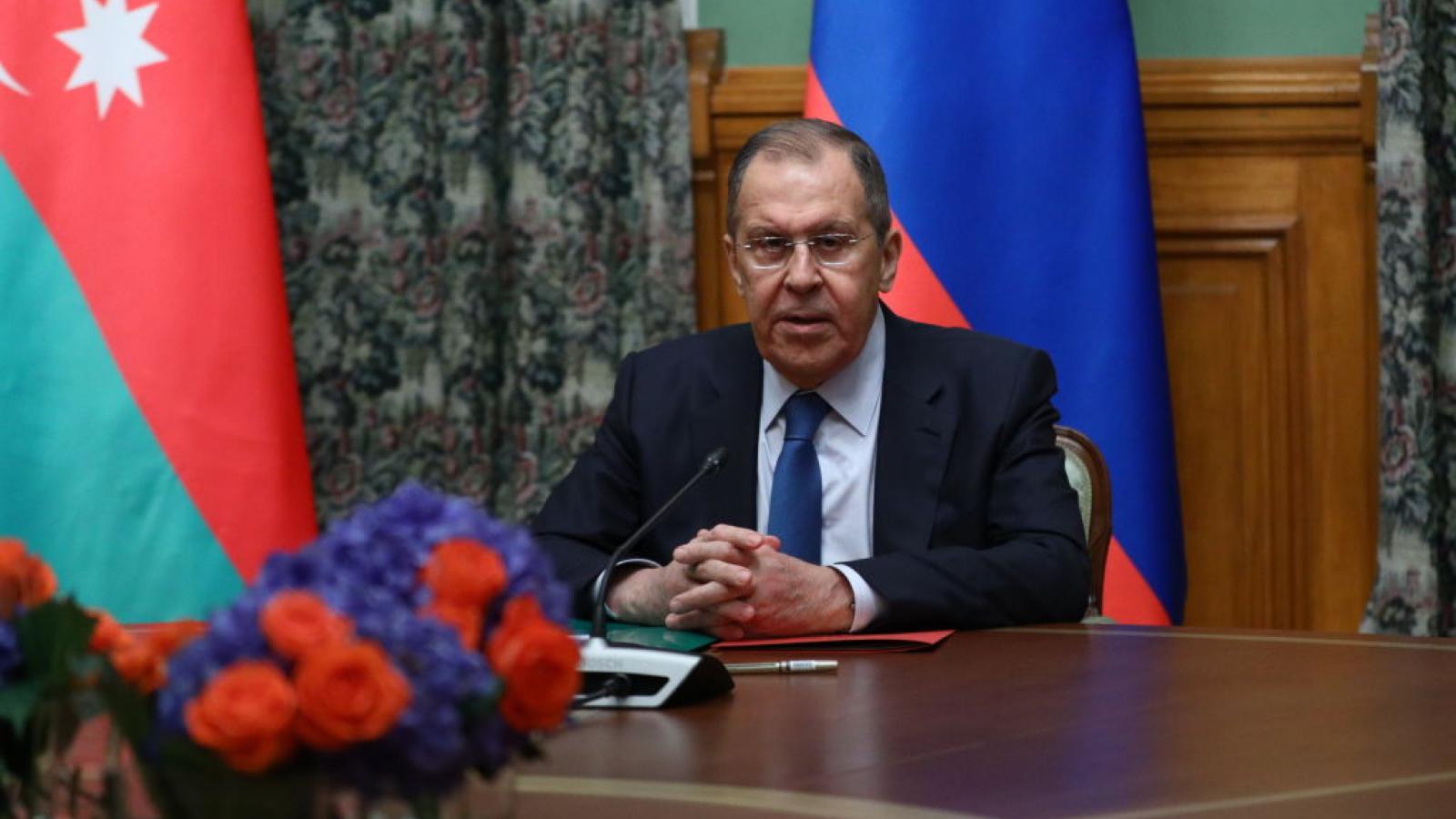 Russian Foreign Minister Sergei Lavrov said Tuesday that Russia will use only conventional weapons in Ukraine, in response to concerns and questions about whether Russia President Vladimir Putin will launch a nuclear strike in his invasion of the neighboring country.

The made the statement in an interview with English-language India Today television.

While Lavrov is not directly responsible for Russia's military decision-making, he is among the closest members of Putin's inner circle and has delivered public statements on behalf of the Russian government throughout much of the conflict with Ukraine that began in late February.

He also acknowledged Russia's military operation in Ukraine has entered a new phase, following Ukrainian President Volodmyr Zelensky saying Monday that the Kremlin has begun a new offensive in the eastern Donbas region of the country.

Putin last month ordered his nuclear forces to be put on high alert.

In the past days, Western intelligence officials have begun warning that the Kremlin may opt to use limited nuclear weapons from its arsenal should Russia forces continue to struggle during the invasion of its neighbor.

And CIA Director William Burns recently said Putin's order, though it might be just a threat, should not to be dismissed.

"Given the setbacks that they’ve faced so far militarily, none of us can take lightly the threat posed by a potential resort to tactical nuclear weapons or low-yield nuclear weapon," he said.

Zelensky, during a CNN interview this past weekend, said, "We shouldn’t wait for the moment when Russia decides to use nuclear weapons.​ ... We must prepare for that​."

He also said "anti-radiation medicine and air raid shelters would be needed," because he is "convinced" Russia might utilize "any weapon."

In the last weeks, the U.S. and Ukraine also have braced for the possibility of chemical attacks by Russia.