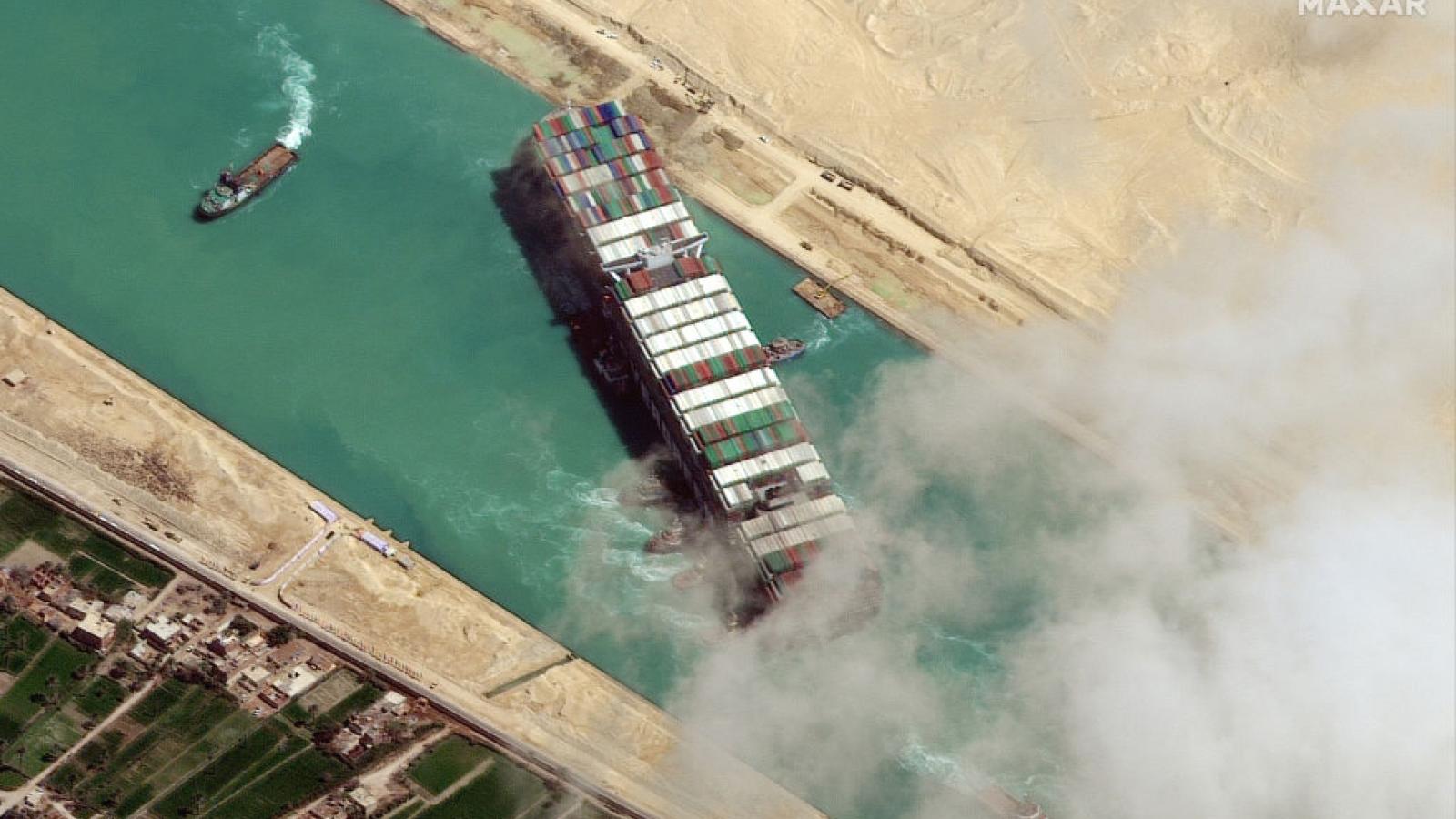 Officials have come to a multimillion-dollar deal with the Japanese owners of the massive cargo ship Ever Given that was seized by Egyptian officials after it blocked the Suez Canal for almost a week earlier this year.

In March, the ship – longer than four football fields – became stuck in the canal and caused a traffic jam for nearly a week. Once  freed, the Suez Canal Authority took the ship into custody and demanded compensation for the lost revenue.

"The amount of damage and losses, and how much the dredgers consumed, will be calculated," authority Chairman Osama Rabie said in March. "Estimates, God willing, will reach a billion dollars and a little bit more, this is the country’s right."

On Wednesday, the ship was spotted back in the waters moving north in the canal. Authorities confirmed to the Wall Street Journal that an undisclosed deal has been made with the owners, allowing the ship to exit the canal.

The canal offers the shortest shipping route between Europe and Asia with about 15% of the global shipping traffic traveling through it. Reports estimate the ship blocking canal traffic between continents resulted in commercial losses of about $10 billion a day.