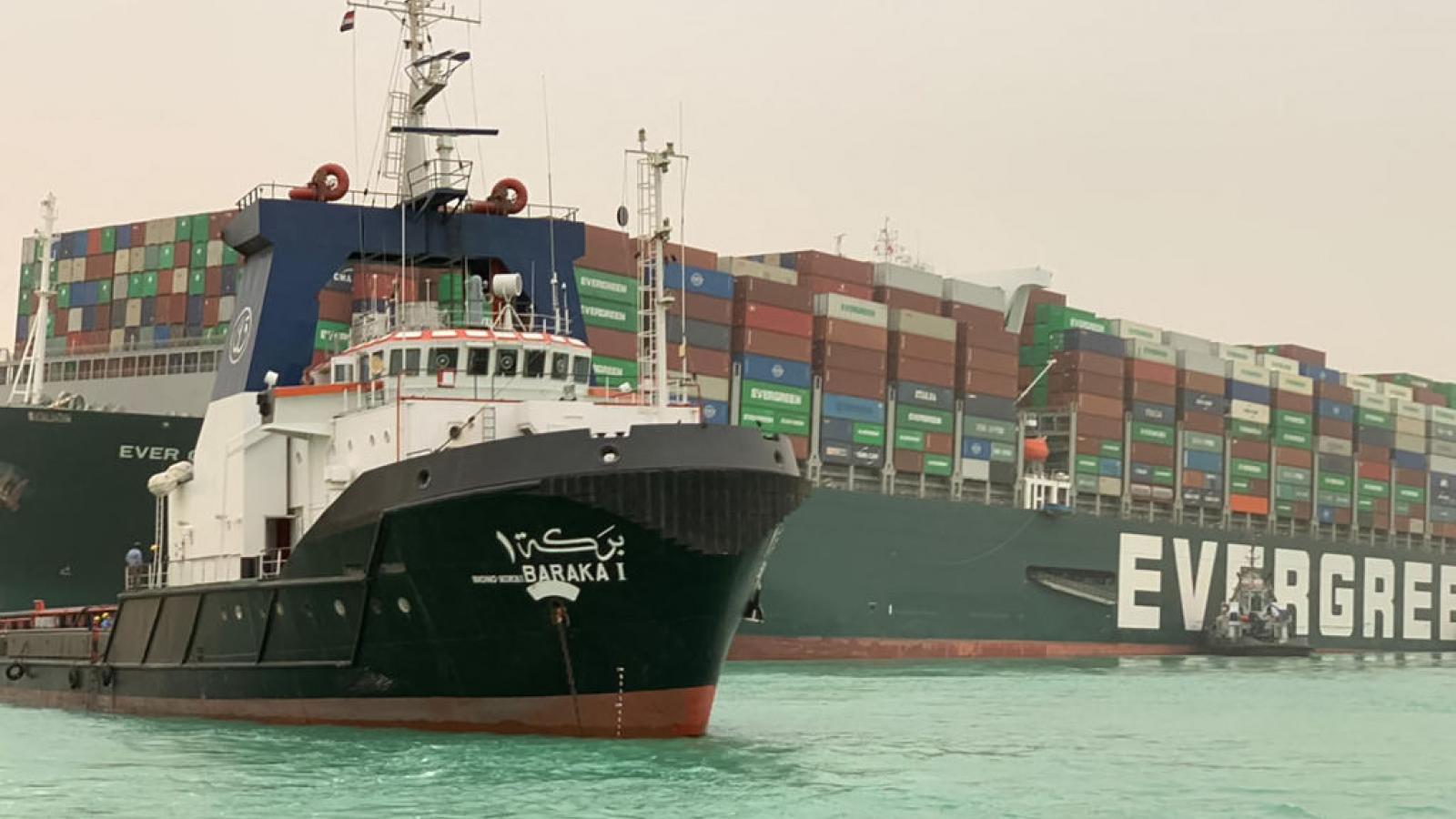 Egypt's Suez Canal remains blocked by a massive ship amid unsuccessful efforts to clear the route through which a significant percentage of world trade flows.

There's a chance that the issue could persist for weeks according to Peter Berdowski, the CEO of a company involved in efforts to move the ship, who likened the ship to "an enormous beached whale."

"We can't exclude it might take weeks, depending on the situation," Berdowski reportedly told a Dutch television program.

The Suez Canal is a man-made passageway that links the Mediterranean Sea and the Red Sea, offering a shipping shortcut between the continents of Europe and Asia.