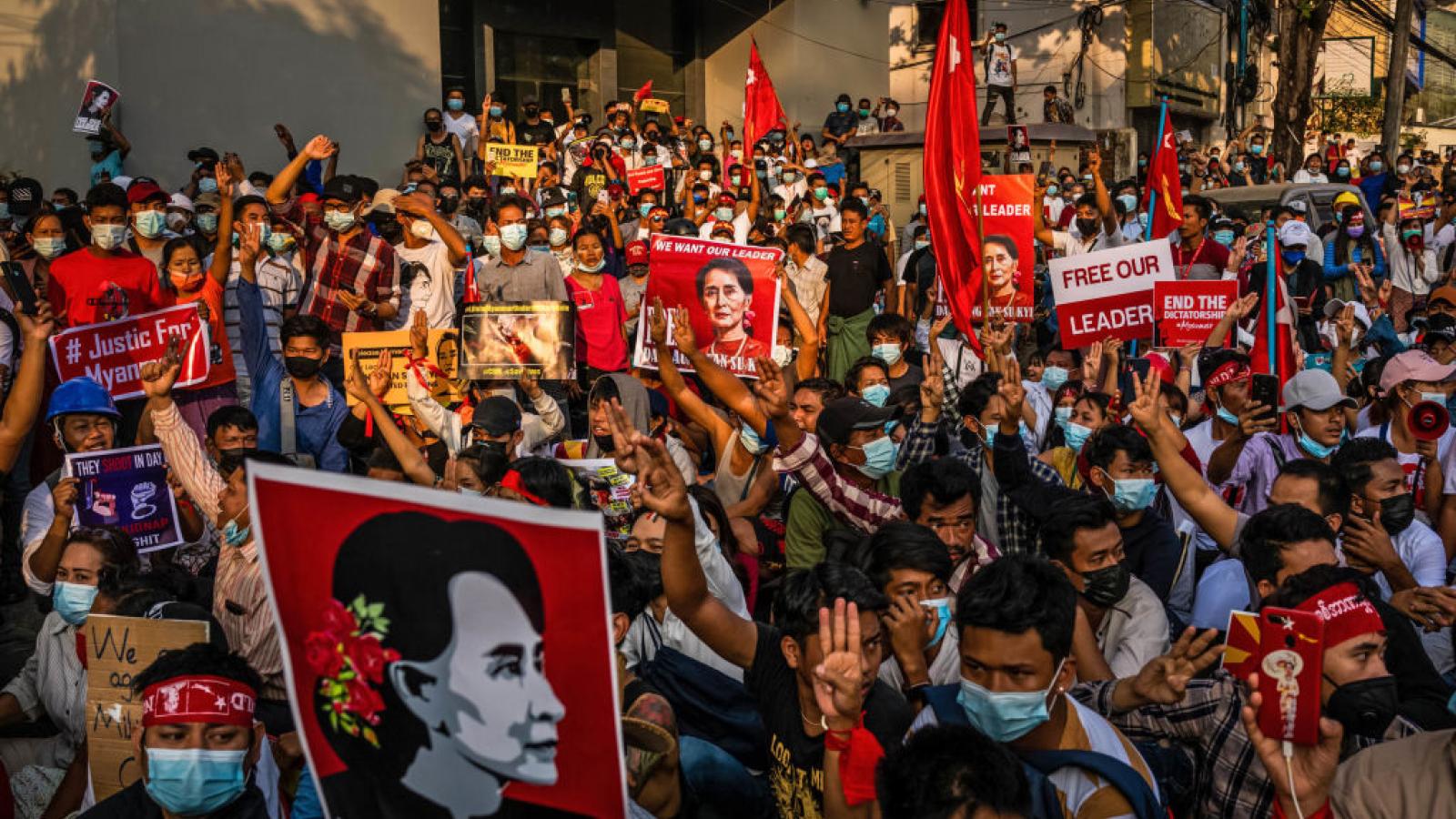 Security forces in Myanmar on Monday reportedly sought to crack down on protestors who want the military junta that recently took power to hand power back to the elected government.

Trucks containing soldiers and police showed up at a gathering of more than 1,000 protestors who were in front of Myanmar Economic Bank located in the city of Mandalay and began firing slingshots toward the demonstrators, the Associated Press reported, citing a photographer who had witnessed the happenings.

"The soldiers and police then attacked the protesters with sticks, and police could be seen aiming long guns into the air amid sounds that resembled gunfire," the outlet reported. "Local media reported that rubber bullets were also fired into the crowd, and that a few people were injured."