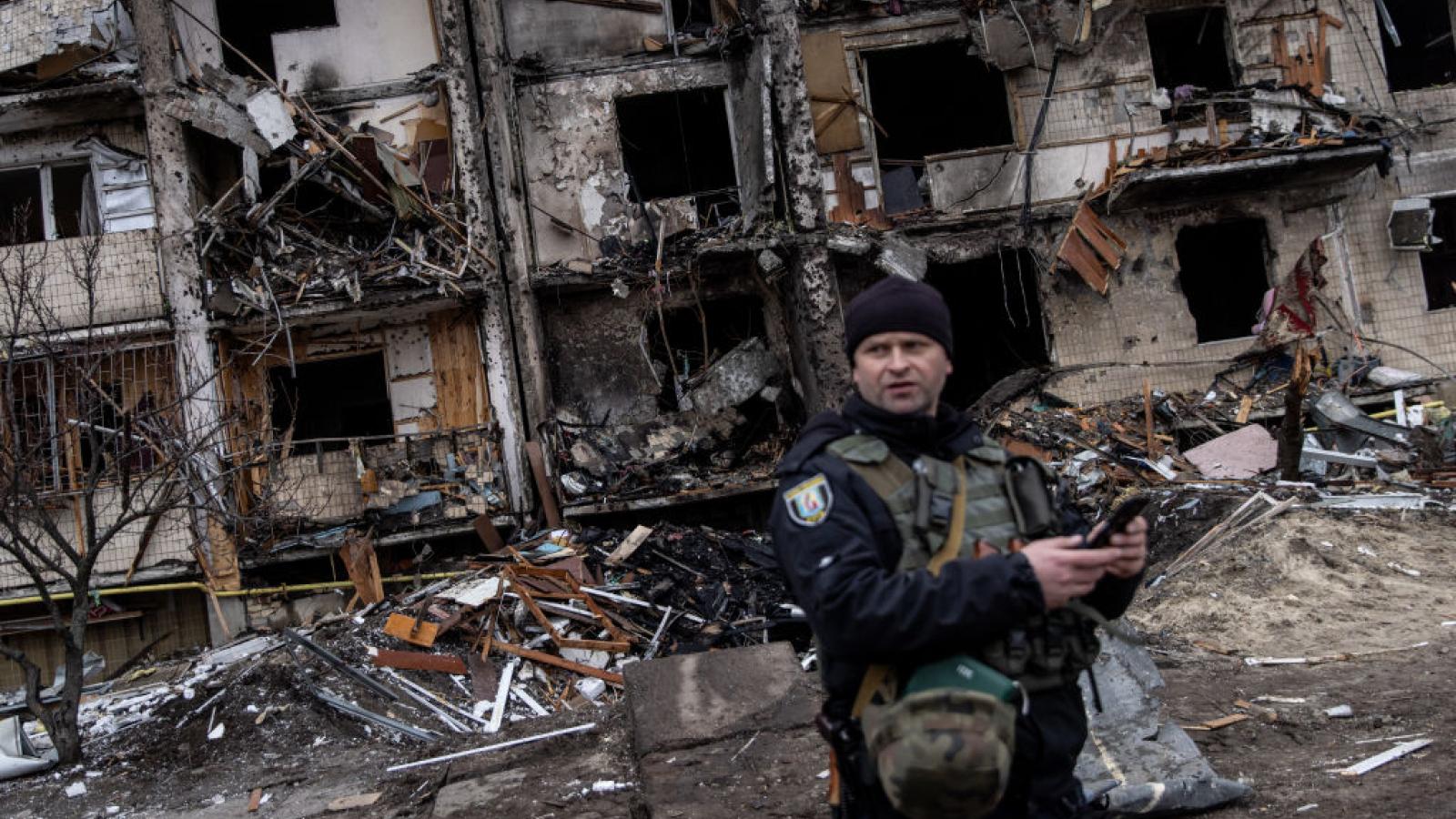 A United States citizen was killed in the northern Ukrainian city of Chernihiv, the State Department confirmed Thursday.

"We offer our sincerest condolences to the family on their loss. Out of respect to the family during this difficult time, we have no further comment," the agency said without identifying the deceased.

"Today, the occupiers once again carried out a heavy artillery attack on unarmed civilian residents in the city. There are dead and wounded people. Among the dead – a U.S. citizen," wrote the Chernihiv region Police on their Facebook page.

"Police officers are helping to evacuate affected citizens to medical facilities," the statement also reads. "Chernihiv police investigators are working at the scene. Law enforcement officers are carefully documenting all the circumstances and consequences of Russian war crimes."

More than 50 people have died in the past day in Chernihiv due to heavy Russian shelling.

President  Biden has said a heavy price will be paid by Russia for the targeting and killing of any American citizens.

The confirmation of a dead American in Chernihiv marks the second death of a U.S. citizen during Russia's invasion of Ukraine. American journalist Brent Renaud was killed on Sunday near Kyiv.