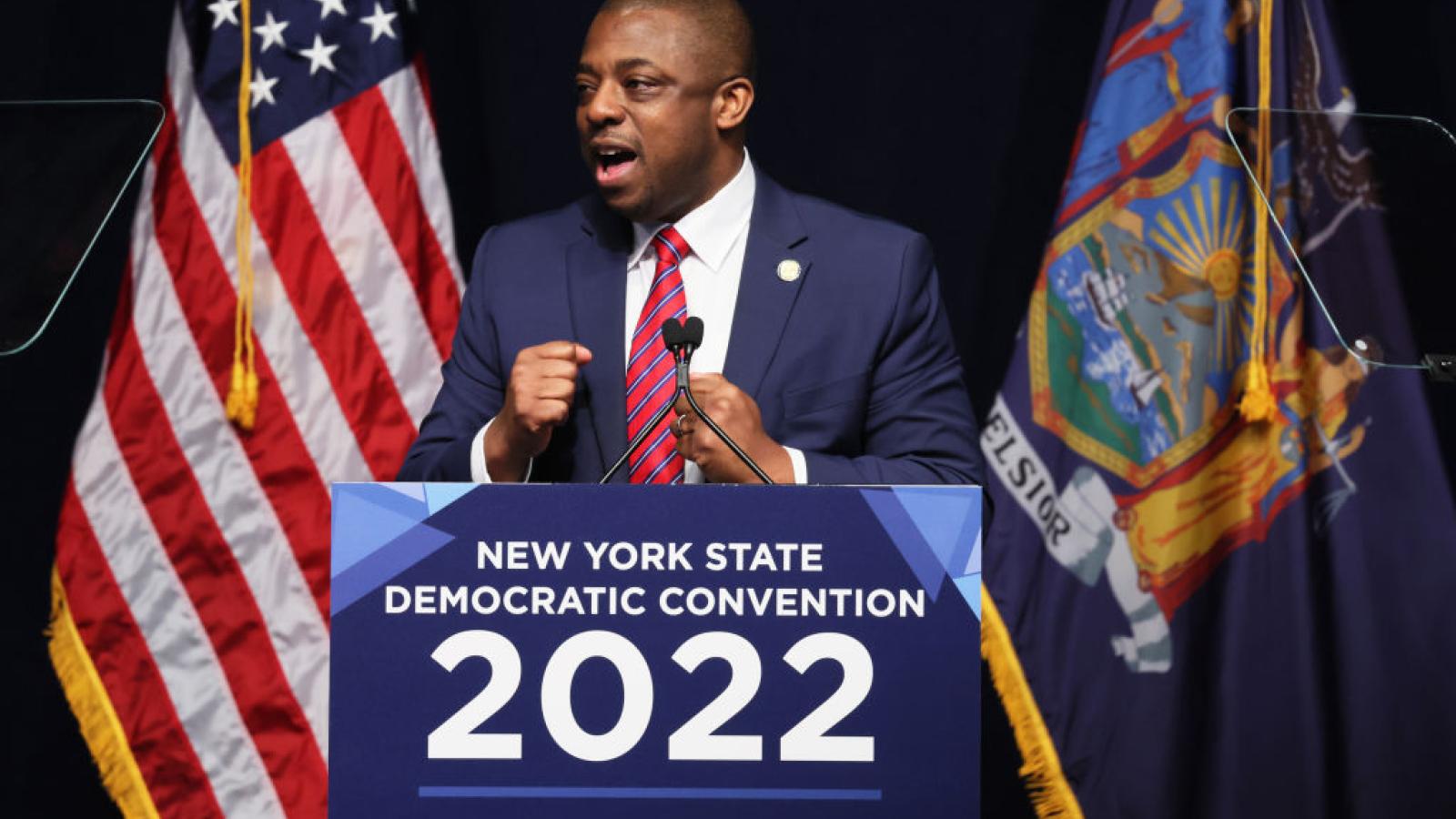 More than 15 years after Nancy Pelosi first swept House Democrats back into power with a pledge to fight a culture of corruption, her own party is reeling from a series of bribery and graft cases across the country.

The latest came Tuesday when New York’s lieutenant governor, Brian Benjamin, was forced to resign after being charged with multiple violations, including bribery.

It followed other cases that have targeted the powerful former House Speaker Mike Madigan in Illinois, as well as current and state lawmakers in Hawaii, Nevada, Tennessee and Kentucky as the White House grapples with a tax and influence peddling probe focused on the president’s son Hunter Biden.

Republicans are embracing the turnabout, showcasing law-and-order candidates like Congressman Lee Zeldin for governor and former NYPD officer Alison Esposito as the No. 2 on the ticket in New York challenging Democrat Gov. Kathy Hochul and Benjamin in the aftermath of the Andrew Cuomo scandal.

The Republican attack lines are ripped right from the playbook that Pelosi used to put Democrats back in power both in 2006 and again in 2018.

Pelosi made battling corruption a national Democratic campaign theme in 2006 when the party won back the majority in Congress during the presidency of Republican George W. Bush as the Jack Abramoff lobbying scandal cast a pall over the entire GOP.

With Donald Trump in the White House in 2018, Pelosi again dusted off the theme for the midterm election campaign, when Democrats regained the majority in the House for the first time since 2010, railing against the Russia collusion probe and charges against Rep. Duncan Hunter in California.

"The charges against Congressman [Duncan] Hunter are further evidence of the rampant culture of corruption among Republicans in Washington today," Pelosi said in 2018.

Hunter Biden has reportedly acknowledged he’s under federal investigation for tax issues and reports say the grand jury investigation has expanded to include foreign lobbying in money laundering concerns after his laptop was left at a repair shop in Delaware in 2019. The laptop contained details of his business dealings during and after his father's vice presidency.

Prior to his resignation, Cuomo was also accused of providing special tax breaks to his book publisher and allowing some of his donors to receive bond deals.

There has also been a recent political corruption case in the state of Maryland.

Baltimore City State’s Attorney Marilyn Mosby, a Democrat, is currently facing perjury and false mortgage application charges, according to the Department of Justice. Despite this, she is running for a third term.

In 2020, former Baltimore Mayor Catherine Pugh was sentenced to three years in prison for "fraud conspiracy and tax charges," according to DOJ.

In Illinois, former longtime state House speaker Mike Madigan was indicted on federal racketeering and bribery charges in early March in a case that also has raised questions about the activities of Governor J. B. Pritzker.

Tennessee State Sen. Katrina Robinson (D-Memphis) was recently expelled from office after she was convicted of two counts of misusing federal funds, according to WPLN.

There is also a recent corruption case involving a Democratic legislator in Hawaii.

According to The Maui News, former state Senate Majority Leader J. Kalani English was charged in federal court for "allegedly taking more than $18,000 in bribes, including cash to introduce a bill and later 'kill' legislation involving cesspools in the 2020 legislative session."