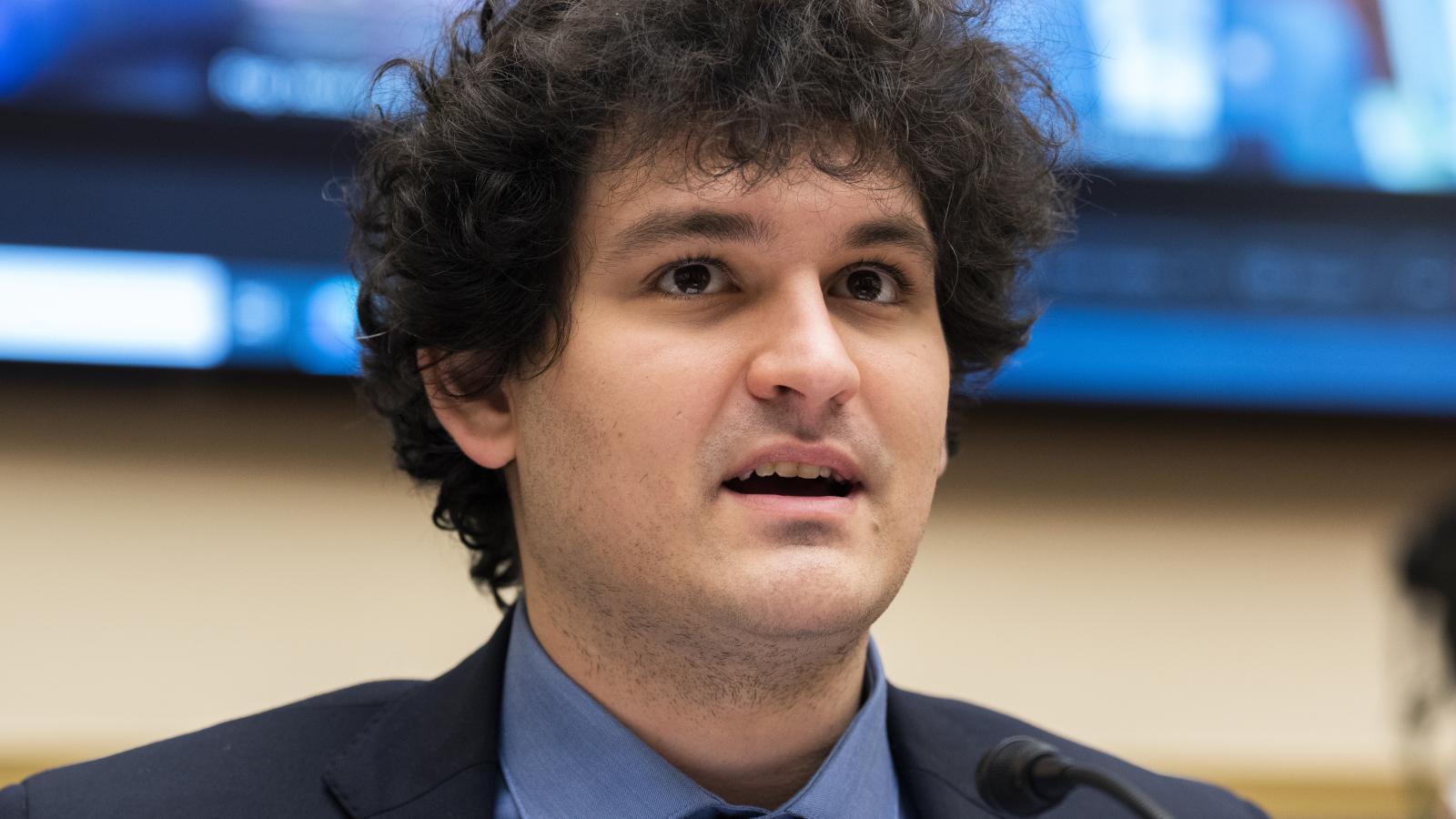 The collapse of cryptocurrency giant FTX has revealed an intricate web of donations and connections to the country's political establishment — Democrats and Republicans, regulators and academics — centered around the company's now-bankrupt founder, Sam Bankman-Fried.

This extensive network, held together through political donations and personal relationships, exposes potential conflicts of interest in the coming investigations into Bankman-Fried and has raised questions about whether the former crypto mogul will be held accountable for alleged wrongdoing.

Rep. Maxine Waters (D-Calif.), for example, has been pictured meeting with Bankman-Fried on multiple past occasions, both smiling with their arms around each other. She also traveled in April to the Bahamas, where FTX is based and Bankman-Fried lives, to discuss cryptocurrency among other agenda items. In December, she appeared to blow a kiss at Bankman-Fried as he was leaving the Capitol building after testifying before Congress.

Last week, Waters announced the House Financial Services Committee, which she chairs, will hold a bipartisan hearing next month to investigate the collapse of FTX and the broader consequences for the digital assets marketplace.

Nine members of the committee — seven Democrats and two Republicans — received a collective total of over $300,000 in political contributions from Bankman-Fried and others at FTX, the Washington Free Beacon reported.

Waters was asked if Democrats who received campaign cash from FTX should give it back. "Well, I don't want to get into that," she told Fox Business. "As a matter of fact, both sides, Democrats and Republicans, have received donations. So, thank you."

"The oversight committee is to root out fraud and abuse — this is one of them," he told the "Just the News, No Noise" television show on Monday. "Yes, it should have had a red flag on all the dollars going in."

After the GOP takes control of the House in January, the committee plans to aggressively investigate FTX's implosion, Norman confirmed. "It's pretty unbelievable what happened," he said. "And you know, for [Bankman-Fried] to do this — we're going to get into that again and try to find out who's involved, try to get some records, and try to unravel it because it's a tremendous loss to the taxpayers."

An estimated one million FTX customers and other investors are facing combined losses worth billions of dollars due to alleged misuse of the money by company leadership. A recently filed court document showed FTX owes its 50 biggest creditors nearly $3.1 billion.

Waters and Norman's committee colleagues were hardly the only ones to whom Bankman-Fried and fellow FTX executives donated.

Bankman-Fried was the second biggest Democrat donor (trailing only George Soros) and sixth biggest individual donor of the 2022 midterm elections, giving about $40 million to candidates and outside groups, according to OpenSecrets.org.

FTX, meanwhile, was the third largest contributor, with Bankman-Fried, co-CEO Ryan Salame and Director of Engineering Nishad Singh pouring $70 million into the midterms.

Bankman-Fried has insisted his contributions were benign and not meant to influence lawmakers or federal regulators. Critics have countered the money was meant to buy political clout.

Bankman-Fried gave to a bevy of Democrats, from Sen. Dick Durbin (D-Ill.) to Rep. Ruben Gallego (D-Ariz.). His biggest donation by far this election cycle was $27 million to Protect Our Future PAC, a Democrat group.

Following the shocking collapse of FTX, many lawmakers have said they'll give their money from the crypto exchange to charity.

FTX had been one of the largest cryptocurrency exchanges until it filed for Chapter 11 bankruptcy protections earlier this month. Bankman-Fried, who had been a billionaire, also filed for bankruptcy and resigned as CEO.

"Never in my career have I seen such a complete failure of corporate controls and such a complete absence of trustworthy financial information as occurred here," wrote newly appointed FTX CEO John Ray in a court filing. "From compromised systems integrity and faulty regulatory oversight abroad, to the concentration of control in the hands of a very small group of inexperienced, unsophisticated, and potentially compromised individuals, this situation is unprecedented."

The companies' total liabilities are estimated at more than $10 billion.

Bankman-Fried is facing allegations that he secretly transferred billions of dollars from FTX to another one of his firms, Alameda Research, which also filed for bankruptcy. He hasn't been charged with a crime, but Fox Business correspondent Charles Gasparino reported that the Manhattan U.S. Attorney is looking to prepare charges by the end of the year over the FTX scandal following disclosures of SBF's alleged misuse of customer funds. Legal experts told Axios that the main criminal risk facing SBF is fraud charges.

The Justice Department, Securities and Exchange Commission, and Commodity Futures Trading Commission are all investigating the collapse, according to multiple reports.

As the alleged wrongdoing was happening, Bankman-Fried wasn't the only one with his last name to give big money to politicians. His parents, Joseph Bankman and Barbara Fried (both Stanford law professors), and brother Gabe Bankman-Fried gave hundreds of thousands of dollars to Democrat candidates and actively worked with left-wing organizations, Fox News reported.

Until last week, Barbara Fried led Mind the Gap, a group that helped raise significant sums of money for Democrats, receiving funding from Silicon Valley. She reportedly resigned from her post in the aftermath of her son's own resignation.

Another striking connection concerns Sam Bankman-Fried's ex-girlfriend, Caroline Ellison, who ran Alameda Research. Her father, Glenn Ellison, a professor at the Massachusetts Institute of Technology, worked with Gensler when they both taught at MIT.

Critics have lambasted Gensler, a former campaign finance chair for Hillary Clinton, for not spotting trouble with FTX earlier than its final collapse this month.

"It's not like there were no warnings that something funny may have been going on at the empire of Bankman-Fried," wrote John Berlau, senior fellow and director of finance policy at the Competitive Enterprise Institute. "Short seller Marc Cohodes tweeted on August 1, tagging the SEC, that 'something is very wrong at FTX.' Cohodes also told the Hedgeye TV webcast on October 11: 'Nothing here fits. Everything reads like it's a complete scam. This thing is dirty and rotten to the core.' Given short sellers' track record of predicting implosions at Enron, the subprime mortgage market, Chinese stocks, (and now possibly ESG-themed companies), the SEC should have given these warnings its clear attention."

Rep. Tom Emmer (R-Minn.) tweeted that "reports to [his] office allege" Gensler was "helping" FTX and Bankman-Fried "work on legal loopholes to obtain a regulatory monopoly." Emmer's office didn't respond to an inquiry to elaborate.

When asked on CNBC earlier this month about the FTX implosion, Gensler pointed his finger at the crypto community more broadly, saying, "This is a field that is significantly noncompliant" with SEC rules.

Berlau accused Gensler's SEC of being distracted by "woke agenda items" and "apparently neglecting its core function of investor protection from fraud and deception."

Despite all that's happened in the last two weeks, Bankman-Fried is still trying to secure a multibillion dollar deal to bail out FTX.

"I think we should be trying to get as much value to users as possible," he told CNBC. "I hate what happened and deeply wish that I had been more careful."

Bankman-Fried has been vocal since declaring bankruptcy, posting on social media that he's "sorry" and "should have done better." He's also reached out to a couple journalists for interviews, saying "it could be worse" and he "didn't want to do sketchy stuff."

Meanwhile, Bankman-Fried was scheduled as of late last week to speak at an exclusive conference hosted by the New York Times alongside Ukrainian President Volodymyr Zelensky, Treasury Secretary Janet Yellen, and other prominent figures.

The DealBook Summit, sponsored by Accenture, will be held at Jazz at Lincoln Center in Manhattan on Nov. 30, and the fee to attend is $2,499, according to DealBook Summit's website.

The New York Times didn't respond to an inquiry to determine whether Bankman-Fried is still scheduled to speak.