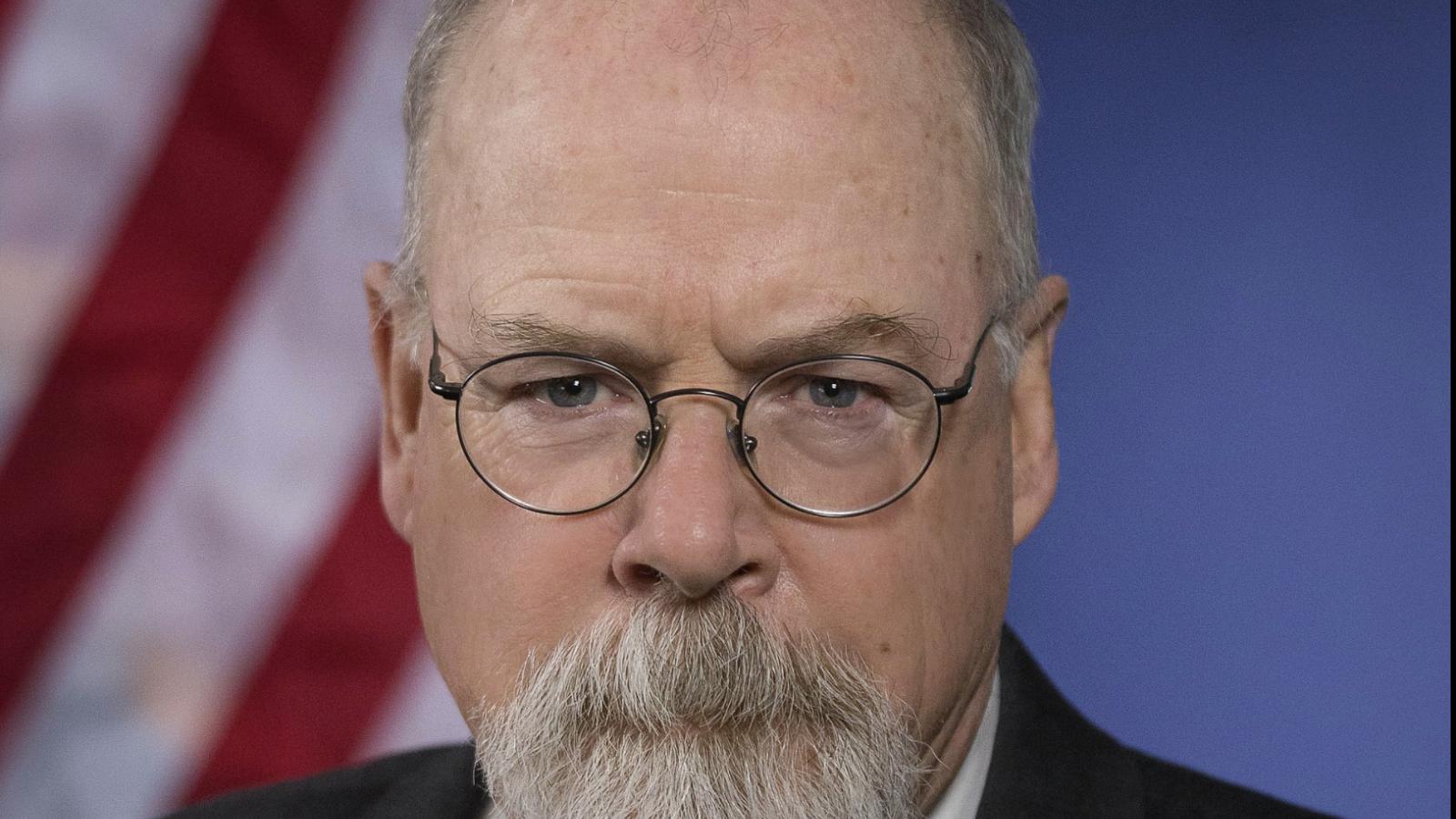 Special Counsel John Durham is revealing new smoking gun evidence, a text message  that shows a Clinton campaign lawyer lied to the FBI, while putting the courts on notice he is prepared to show the effort to smear Donald Trump with now-disproven Russia collusion allegations  was a "conspiracy."

In a bombshell court filing late Monday night, Durham for the first time suggested Hillary Clinton's campaign, her researchers and others formed a "joint venture or conspiracy" for the purpose of weaving the collusion story to harm Trump's election chances and then the start of his presidency.

"These parties acted as 'joint venturer[s]' and therefore should be 'considered as co-conspirator[s],'" he wrote.

Durham also revealed he has unearthed a text message showing Hillary Clinton campaign lawyer Michael Sussmann falsely told the FBI he was not working on behalf of any client when he delivered now-discredited anti-Trump research in the lead-up to the 2016 election. In fact, he was working for the Clinton campaign and another client, prosecutors say.

The existence of the text message between Sussmann and then-FBI General Counsel James Baker was revealed in a court filing late Monday night by Durham's team. Prosecutors said they intend to show Sussmann gave a false story to the FBI but then told the truth about working on behalf of the Clinton campaign when he later testified to Congress.

"Jim – it's Michael Sussmann. I have something time-sensitive (and sensitive) I need to discuss," Sussmann texted Baker on Sept. 18, 2016, according to the new court filing. "Do you have availability for a short meeting tomorrow? I'm coming on my own – not on behalf of a client or company – want to help the Bureau. Thanks."

Prosecutors said the text message will become essential evidence at trial to show Sussmann lied to the FBI.

You can read the court filing.

The prosecutor noted that in House testimony a year later Sussmann admitted he made the FBI approach at the instruction of his client.

"We had a conversation, as lawyers do with their clients, about client 1 needs and objectives and the best course to take for a client," Sussmann testified in a deposition taken by then-House Intelligence Committee Republican investigative counsel Kash Patel. "And so it may have been a decision that we came to together. I mean, I don't want to imply that I was sort of directed to do something against my better judgment, or that we were in any sort of conflict."

Durham also told the court he plans to present evidence that Sussmann worked with the Clinton campaign, tech executive Rodney Joffe, identified as Tech Executive-1, and others in a "joint venture" to promote a now-disproven story that Donald Trump had a secret computer channel at the Moscow-based Alfa Bank with the Kremlin to hijack the election.

"As an initial matter, the Government expects that the evidence at trial will show that beginning in late July/early August 2016, the defendant, Tech Executive-1, and agents of the Clinton Campaign were 'acting in concert toward a common goal,' ... namely, the goal of assembling and disseminating the Russian Bank-1 allegations and other derogatory information about Trump and his associates to the media and the U.S. government," Durham's team said.

"The evidence of a joint venture or conspiracy will establish," according to the prosecutors, "that in November 2016, soon after the Presidential election, Tech Executive-1 emailed a colleague, stating, "I was tentatively offered the top [cybersecurity] job by the Democrats when it looked like they'd win.'"

"In sum," the special counsel concludes, "the above evidence, public information, and expected testimony clearly establishes by a preponderance of the evidence that the defendant and Tech Executive-1 worked in concert with each other and with agents of the Clinton Campaign to research and disseminate the Russian Bank-1 allegations."

Patel, who helped unravel the false Russia collusion narrative with former Rep. Devin Nunes, said the new filing by Durham is one of the most significant in the entire investigation to date.

"Durham has just shown the whole world what major pieces of our Russiagate investigation revealed," Patel said. "Hard evidence, emails and text messages, showing the Clinton Campaign, Fusion GPS, Perkins Coie, Joffe, and the media were all synced in August of 2016 pushing the false Alfa Bank server story, while also all working on the Steele Dossier matter. Durham submits all this evidence as 'joint venture conspiracy' under the rules of evidence."