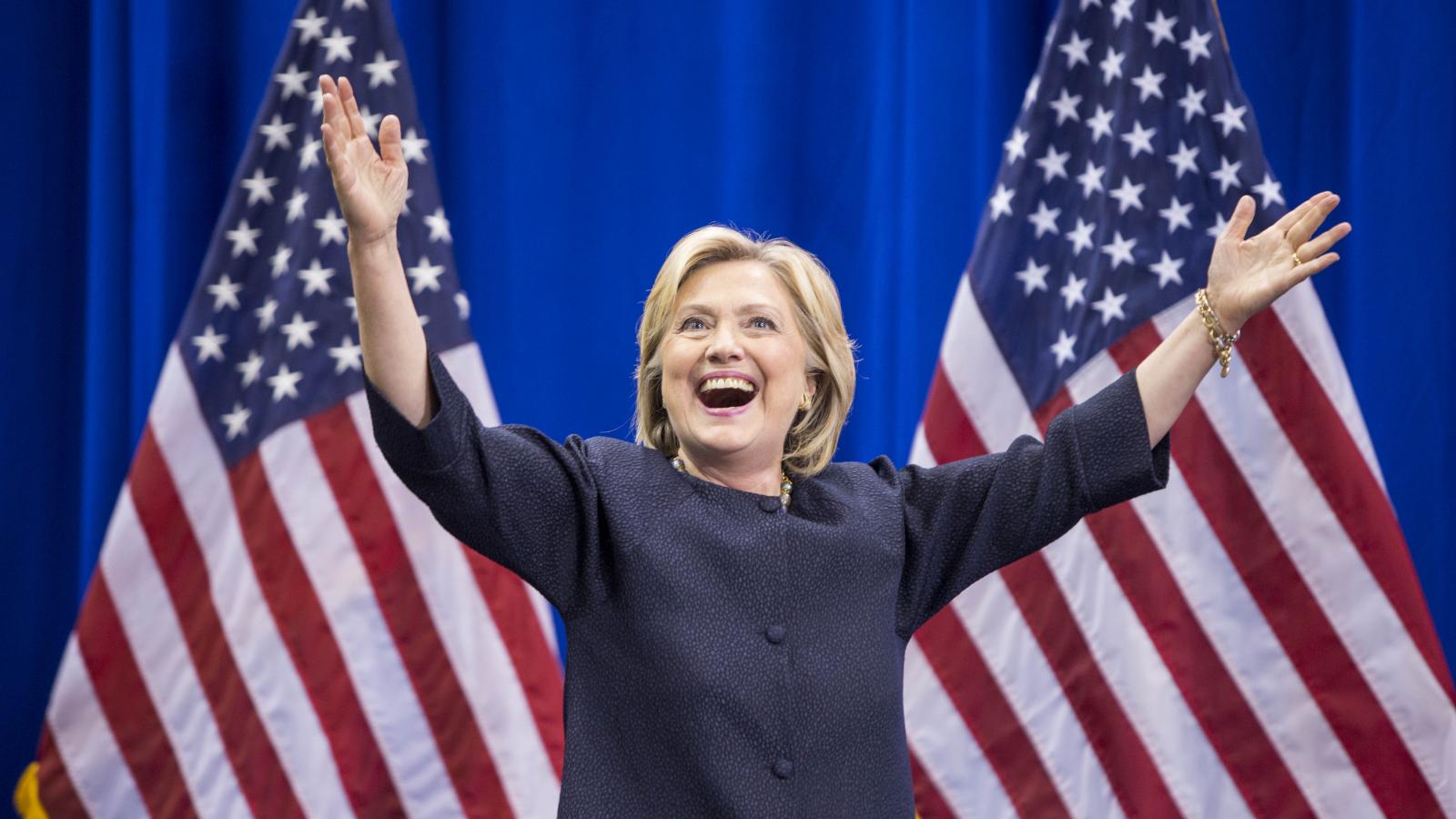 In painstaking detail, Durham laid out in the indictment Thursday how Democrat superlawyer Michael Sussmann used Clinton campaign funds to construct a now-debunked memo and other evidence alleging that computer communications between a server at the Alfa Bank in Russia and the Trump Tower in New York might be a secret backdoor communication system for Trump and Vladimir Putin to hijack the 2016 election.

Sussmann delivered the package in mid-September 2016 — just weeks before Election Day as Trump and Clinton were locked in a tight race — to then-FBI General Counsel James Baker, even after the team of computer experts warned the theory was a "red-herring," according to the indictment.

And then Sussmann falsely told Baker, the prosecutors alleged, he was providing the information to the FBI solely as a good citizen, and not on behalf of any client.

In fact, Sussmann was working on behalf of a tech executive and the Clinton campaign and charged nearly all the work on the Alfa Bank narrative to the Democratic presidential campaign, including his meeting with Baker, the indictment stated.

The alleged lying, Durham argued, deceived the FBI into thinking the allegations were coming from a neutral source — Sussmann had been a cybersecurity expert — and not an election-motivated client.

"In truth, and in fact, and as Sussmann well knew, Sussmann had acted on behalf of and in coordination with two specific clients of the law firm: tech executive 1 and the Clinton campaign in assembling and conveying these allegations," the grand jury indictment charged.

"Sussman's false statement to the FBI general counsel was material to that investigation because among other reasons it was relevant to the FBI whether the conveyor of these allegations was providing them as an ordinary citizen merely passing along information or whether he was instead doing so as a paid advocate for clients with a political or business agenda."

Slowly over five years, the Russia collusion story has been exposed for what it was: a three-legged political dirty trick in which highly credible figures with deep law enforcement, intelligence and news media ties were paid by the Clinton campaign to flood the FBI with unproven allegations that Trump was secretly colluding with Russia to steal the election from Clinton.

"The indictment is damning, full of shocking details showing how the Clinton campaign operatives and lawyers resorted to illegal and immoral methods to concoct false allegations against the Trump campaign and feed them to the FBI and the media," Nunes told Just the News.

"Obviously, many more people need to face justice but it's gratifying to see Durham begun to unravel the web of lies and deceit that surrounded the Russian collusion hoax," he added.

The evidence now in the public domain shows the Clinton effort was centered at the Perkins Coie law firm, which represented both the Democratic National Committee and the Clinton campaign. The firm paid Sussmann, a former DOJ lawyer, as a partner, and hired ex-MI6 agent Christopher Steele and the Fusion GPS research firm to develop the Russia collusion evidence.

The effort was launched after Clinton's campaign funded a poll in 2015 showing her own ties to Russia and Moscow money paid to her husband, ex-President Bill Clinton, were threatening her path to the presidency, according to documents made public last year in  "Fallout," a book by this reporter and coauthor Seamus Bruner.

The first leg of the collusion narrative was run by Steele, who used his MI-6 credentials and his prior ties to the FBI and high-ranking DOJ official Bruce Ohr to walk in his infamous dossier to U.S. law enforcement and intelligence in the summer of 2016. The FBI ultimately concluded Steele's dossier was riddled with Russian disinformation and disproved evidence.

The second leg was Sussmann, who crafted information from computer experts supporting Hillary Clinton into the tale of the Alfa Bank server back door. That narrative was flagged by Sussmann's team as unlikely even before he pitched it to the FBI, according to the indictment, and the theory was ultimately dismissed by the FBI and Russia Special Counsel Robert Mueller. "It wasn't true," Mueller testified to Congress in 2019.

And the third leg of the dirty trick consisted of the efforts of federal bureaucrats inside the FBI, State Department and intelligence community — many of whom disliked Trump — who managed to deceive the FISA court, the Congress and the American public, often by using leaks to news media outlets to sustain a collusion story that had fallen apart within weeks of Steele's first approach.

We now know the CIA had warned the FBI that one focus of the investigation, former Trump adviser Carter Page, was actually a CIA asset and not a Russian stooge. Rather than tell the FISA court, the FBI falsified a document to hide that information.

Likewise, CIA director John Brennan warned then-President Barack Obama that Hillary Clinton was concocting a dirty trick to frame Trump as a Russian colluder to distract from her own email server. And the FBI was warned repeatedly that the main allegations in Steele's dossier were riddled with Russian disinformation, debunked evidence and unprovable claims and came from an ex-British spy who hated Trump and was working with Clinton, all kept hidden from the FISA court for critical months.

In the end, the dirty trick was allowed to fester for two years before fully being pierced in public, causing irreparable harm to the Trump presidency and tarnishing the reputation of the FBI and the intelligence community in the eyes of the courts and the public.