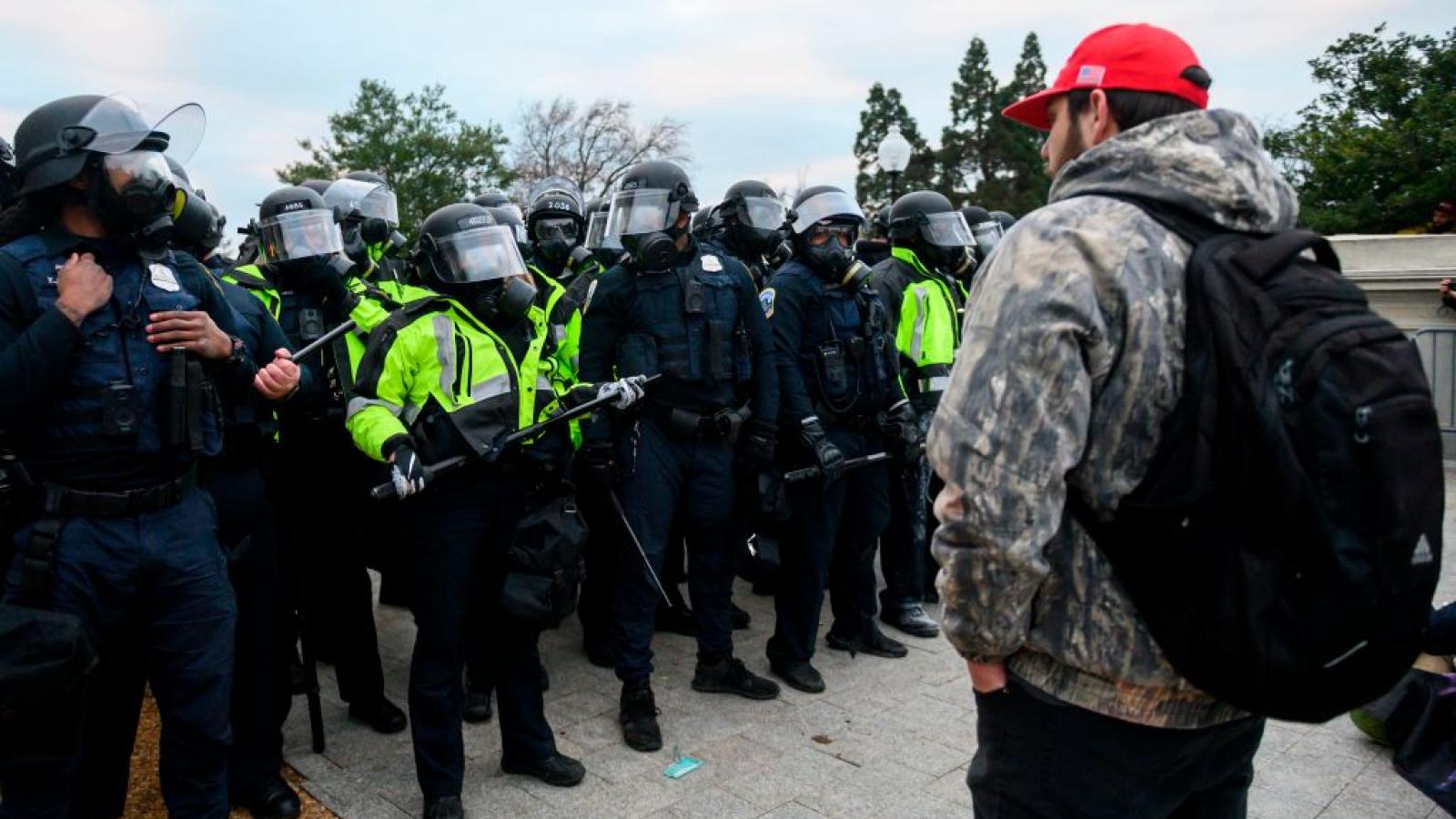 Trump supporters face off with police and security forces in front of the US Capitol in Washington DC on January 6, 2021.
(Photo by ANDREW CABALLERO-REYNOLDS/AFP via Getty Images)
By Nicholas Sherman

Judicial Watch's Tom Fitton said Friday that he is challenging an attempt by the U.S. Capitol Police to withhold information regarding the Jan. 6 Capitol breach.

"Were challenging their refusal to disclose this information," Fitton told "Just The News AM" about his conservative watchdog group's attempt to access documents the government has regarding the specifics of of the incident.

Fitton said the police officials don't think they should have to release their documents, including records and email conversations to the public.

"I think they have information they don't want to share because it is potentially harmful to whatever narratives we're hearing out of the Pelosi Congress," Fitton told show host Sophie Mann.

In the roughly five weeks since the deadly riot, members or Congress, the news media and others have tried with limited success to learn the exact sequence of events before and during the the overrunning of the Capitol — including who did or did not authorize National Guard assistance and who knew what intelligence in advance of the breach on the Capitol Building.

Fitton said he hopes to get specific details about "who said what about getting security," as well as possible videos of the events such as the fatal shooting of one protester within the Capitol.

"Congress thinks it's answerable to no one," Fitton said. "And [House Speaker] Nancy Pelosi is ultimately responsible for this along with [Senate Majority Leader] Chuck Schumer, this secrecy and obstruction."