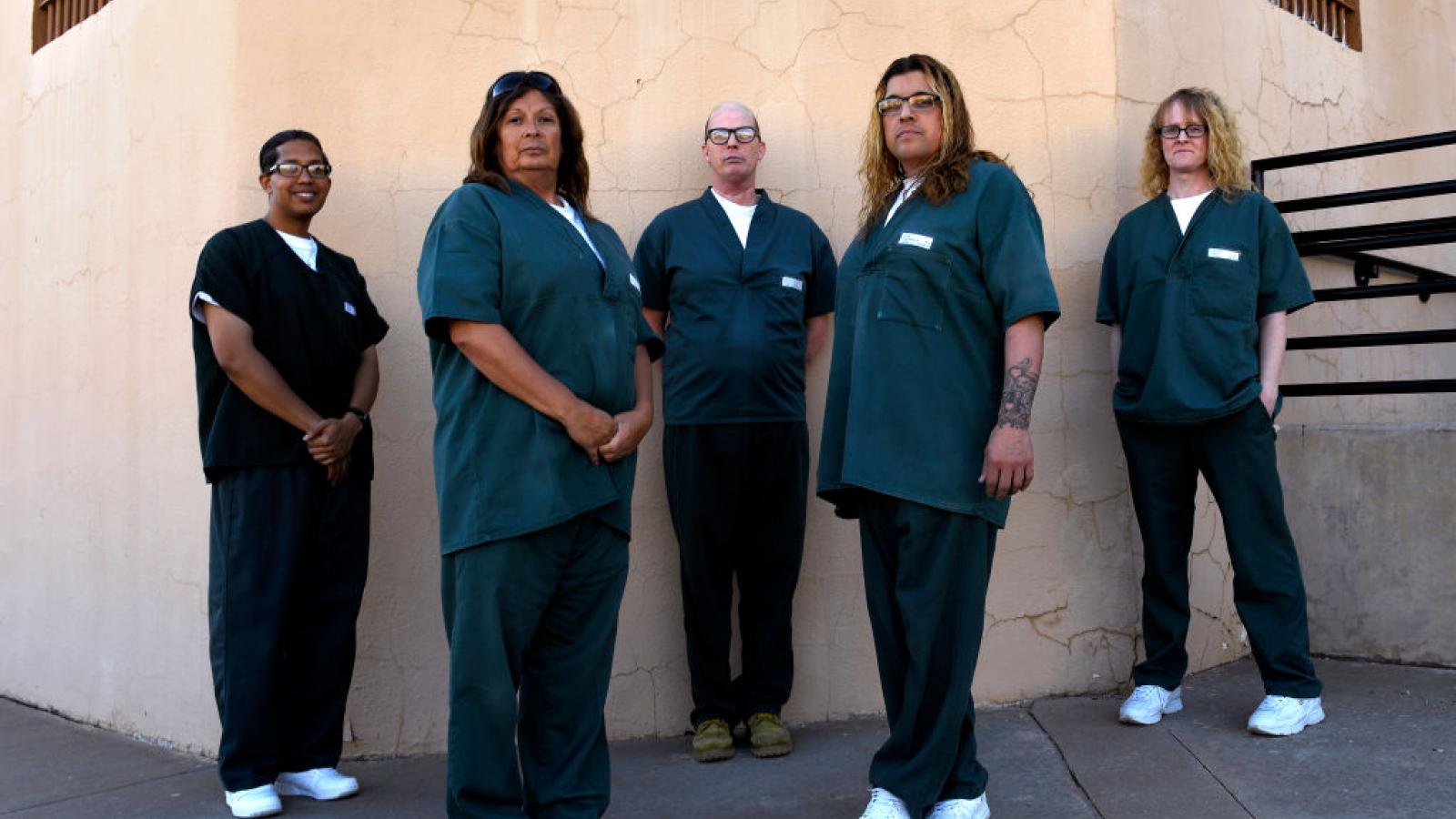 Advocates for incarcerated women are calling on California political and correctional leaders to halt and reverse the transfer of male-to-female transgender and nonbinary prisoners into the state's women's prisons.

SB 132, which took effect Jan. 1, lets prisoners choose their gender identity for purposes of placement — and even bodily searches — regardless of sex reassignment surgery or hormone therapy.

Though transfers were a trickle in the first few months, they have "sped up dramatically in recent weeks, and the safety of these women has become more and more compromised," a spokesperson for the Women's Liberation Front (WoLF) told Just the News.

"Under the law as written, there is no method to screen out males who genuinely self-identify as transgender from those who are using the system to prey on women," the group wrote in an open letter to Gov. Gavin Newsom, Attorney General Rob Bonta and the heads of the corrections department and two women's facilities Monday.

A nonprofit started by formerly incarcerated women also said Monday it had received "hundreds of distressed messages from our sisters inside" since SB 132 took effect.

"They are scared, angry, confused and in disbelief that legislators completely left them out of a decision that affects their mental health and safety 24 hours a day," Woman II Woman wrote, highlighting stark differences in the social dynamics between men's and women's prisons. "Anyone can gender self ID to get a transfer, and who wouldn't?"

"Irreversible Damage" author Abigail Shrier profiled the nascent Woman II Woman in The Wall Street Journal in May, arguing the Equality Act championed by congressional Democrats would nationalize SB 132. She interviewed current and former female inmates, one of whom said many incoming transgender inmates aren't even on hormone therapy and could get a "full erection" in a cell with women.

WoLF, a gender-critical feminist group that opposes transgender ideology, estimates "at least 28" biological males are in California's two women's prisons as of Monday, up from four when the law took effect.

The spokesperson cited its conversations with "people inside the system off-record" and tracking of known transgender prisoners through state databases. "One source told us five more are scheduled to arrive at CIW [California Institution for Women] this week," the spokesperson reported.

Just the News located eight self-identified trangender inmates in the women's prisons based on media reports and searches of the state's public database for inmates.

One, Jessica Marie Hann, received a death sentence in 2019 as Jason Michael Hann for killing his infant daughter. Hann was transferred to the Central California Women's Facility (CCWF) nearly a year before the law took effect, the California Department of Corrections and Rehabilitation (CDCR) told the Daily Caller in April.

Another 10 prisoners with male names are also listed as housed at CCWF and CIW in the state database. They were convicted of crimes including "aggregated sexual assault of a child," child molestation and "continuous sexual abuse of a child under 14."

The least the state can do is "segregate male inmates together" in the women's prisons and let biological females refuse to be housed with them, WoLF's letter said. But it should also halt the processing of applications for transfers "pending a safety assessment and proper notice and comment period."

"CDCR has remained committed to providing a safe, humane, rehabilitative and secure environment for all incarcerated persons" regardless of gender identity or anatomy, a spokesperson for CDCR said in response to questions from Just the News. It's complying with the law and "reviewing all housing transfer requests through a multi-disciplinary team to include institution leadership, mental health professionals, and Prison Rape Elimination Act (PREA) Compliance Managers."

While Woman II Woman's letter claimed CCWF was discussing cutting down "shade trees" in the prison yard to prevent incoming males from using them "as weapons," the CDCR spokesperson said it "does not have any plans to remove or destroy any trees or shrubbery within the institution."

Sleep schedules to ensure 'no one gets raped'

California's self-identification law for prisoners who do not identify with their sex was several years behind its provision of sex reassignment surgery for transgender prisoners.

Shiloh Quine became the first inmate in America to get taxpayer-funded sex reassignment surgery when the state agreed to settle Quine's lawsuit in 2015. She transferred to CCWF in 2017 to serve out a life sentence but quickly complained that prison officials denied her a razor, causing a beard to grow back.

The Los Angeles Times reported in April that while only four transgender inmates had been transferred to CCWF since the law took effect, the prison system had approved "21 gender-based housing requests and denied none," with more than 200 requests pending. The CDCR said more than 1,000 inmates identify as transgender, nonbinary or intersex.

WoLF's letter cited 2009 research by the University of California Irvine that 20% of California transgender inmates are sex offenders, and a 30-year Swedish study of male-to-female transgender people that found "they retained a male pattern regarding criminality" after sex reassignment surgery and hormone therapy.

Yet female inmates, the "vast majority" of whom have survived various forms of abuse, can face "serious discipline" for defending themselves against physical attack by biological male inmates or simply refusing to share a cell, the letter said.

"What predator wouldn't take advantage of this opportunity to serve their sentence surrounded by potential new victims who are too scared to stand up for themselves?" the Woman II Woman letter said. "How does it protect transwomen [sic] to bring the same problems to the women's prisons?"

The nonprofit claimed the men's prison environment is "militant" and highly segregated by race, gang and crime, whereas women's prisons are highly integrated and cooperative. With biologically male inmates coming in, female inmates are "now making sleep schedules so that one woman is always on watch to make sure no one gets raped."

The Times said several transgender inmates it interviewed at men's prisons raised the issue of inmates requesting transfers under false pretenses as well. One said she was recruited by prison staff to identify fakers. A staffer for the Transgender Gender-Variant & Intersex Justice Project also criticized the law for requiring only self-identification.

Female guards at men's prisons are also anonymously protesting their new cavity-search duties under the law, according to Fox 40. The station obtained an internal memo from California State Prison Sacramento that said female guards will be written up for "insubordination" if they refuse an order from a supervisor to search a transgender inmate.

Regarding cavity searches, the CDCR spokesperson said the law "did not change how clothed and unclothed body searches are done or the consequences of a staff member's refusals for performing their job duties, just the gender of the staff member who can conduct them when a search preference request is made and approved."