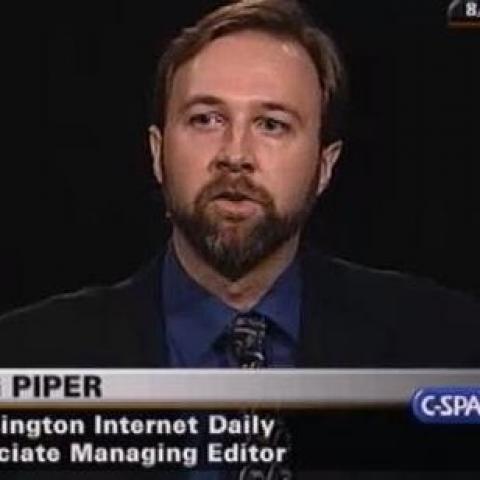 Greg Piper has covered law and policy for 15 years, with a focus on tech companies, civil liberties and higher education.

He joined Just the News from The College Fix, where he trained college students in journalism and covered the biggest controversies on campus, from free speech and academic freedom battles to sexual misconduct proceedings and litigation. His interest in college journalism was prompted by an effort to make a TV pilot about a college newspaper like his own.

Greg started his DC career at trade publisher Warren Communications News, covering the rise of Google, Facebook and Twitter and their legal and policy interests, as well as the struggles of the copyright industries to protect their business in a sea of free, often unlicensed content.

He has fled congressional buildings twice during false terrorist attack alarms, been reprimanded by congressional security for an accidental sit-in, and posed with an indifferent Isaac Hayes at a songwriter policy event. Greg nearly got fired from his Hill internship for smuggling in an unauthorized coffee maker.