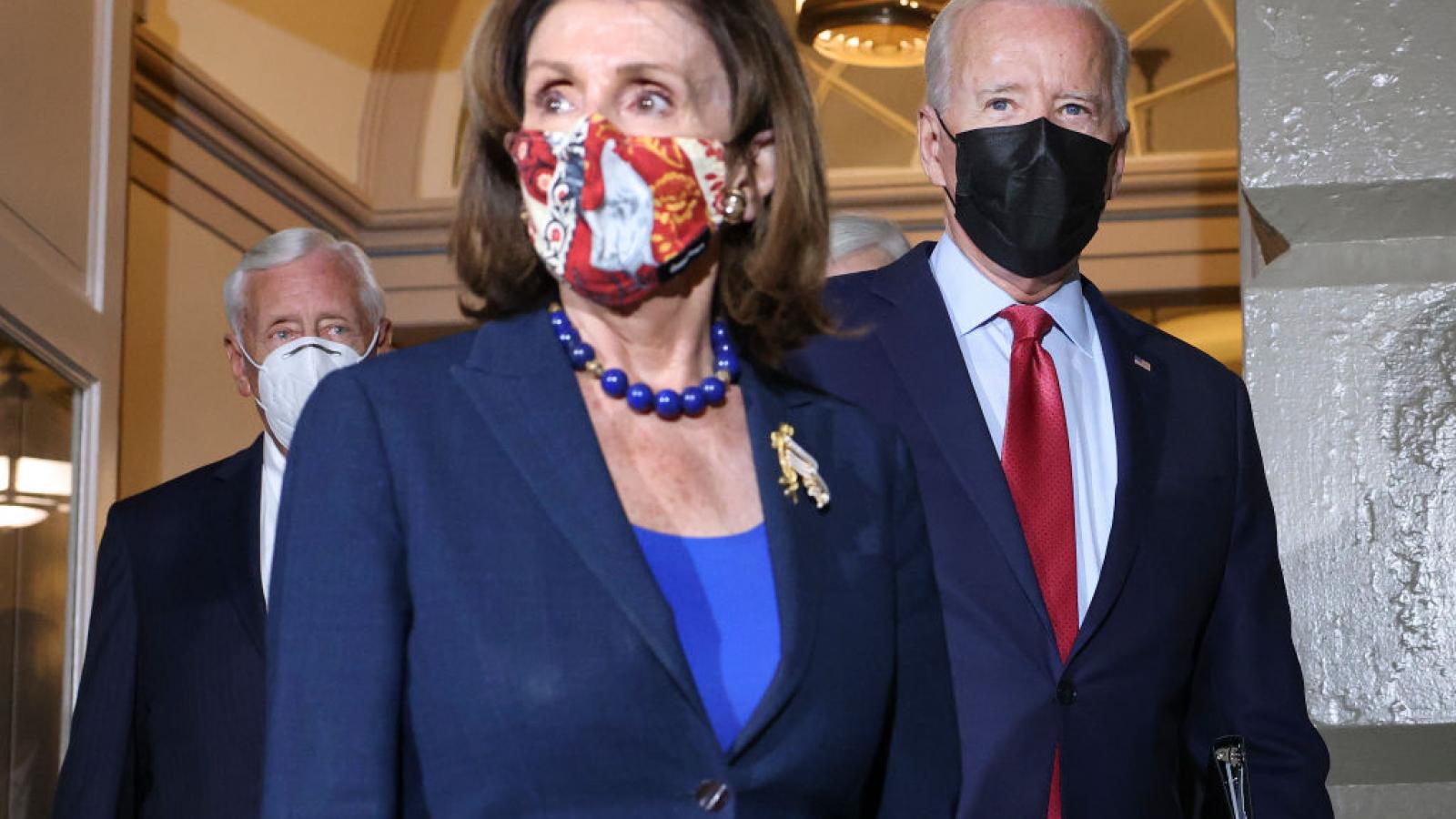 President Biden addressed House Democrats at the Capitol in a closed-door meeting on Friday, urging them to reach an agreement that yields passage of the Senate infrastructure bill and a budget reconciliation bill.

Biden reportedly signaled that the caucus would likely have to accept a spending package smaller than $3.5 trillion to gain the support of all Democratic members. Democrats such as Sen. Joe Manchin of West Virginia have called for spending $1.5 trillion as part of a budget reconciliation bill.

"He basically said it's not going to be $3.5 [trillion]," said Rep. Henry Cuellar (D-Texas) about the meeting with Biden. "It could be $1.9 trillion-$2 trillion. The president threw out some numbers, so I assume there was a reason why."

The Associated Press reported that Biden privately told Democrats that not passing the $1.2 trillion infrastructure bill and a separate reconciliation bill would be seen as a defeat and "embolden the same forces" that led to the Jan. 6 riot.

Biden also said those forces are opposed to raising the nation's debt limit.

Republican leaders in Congress have said they do not want to vote for raising the debt limit due to Democrats proceeding with spending trillions on new benefit programs with a party-line vote.

"Even a smaller bill can make historic investments," Biden reportedly said in the meeting with Democrats.

Biden also told members that the Senate infrastructure bill won't happen "until we reach an agreement on the next piece of legislation."

Meanwhile, moderates in the Democratic caucus want to pass the infrastructure bill first and move forward on a budget reconciliation deal afterward. Therefore, the Biden legislative agenda remains at a standstill.

"It doesn't matter whether it's in six minutes, six days or six weeks, we're going to get it done," Biden said on Friday at the Capitol.