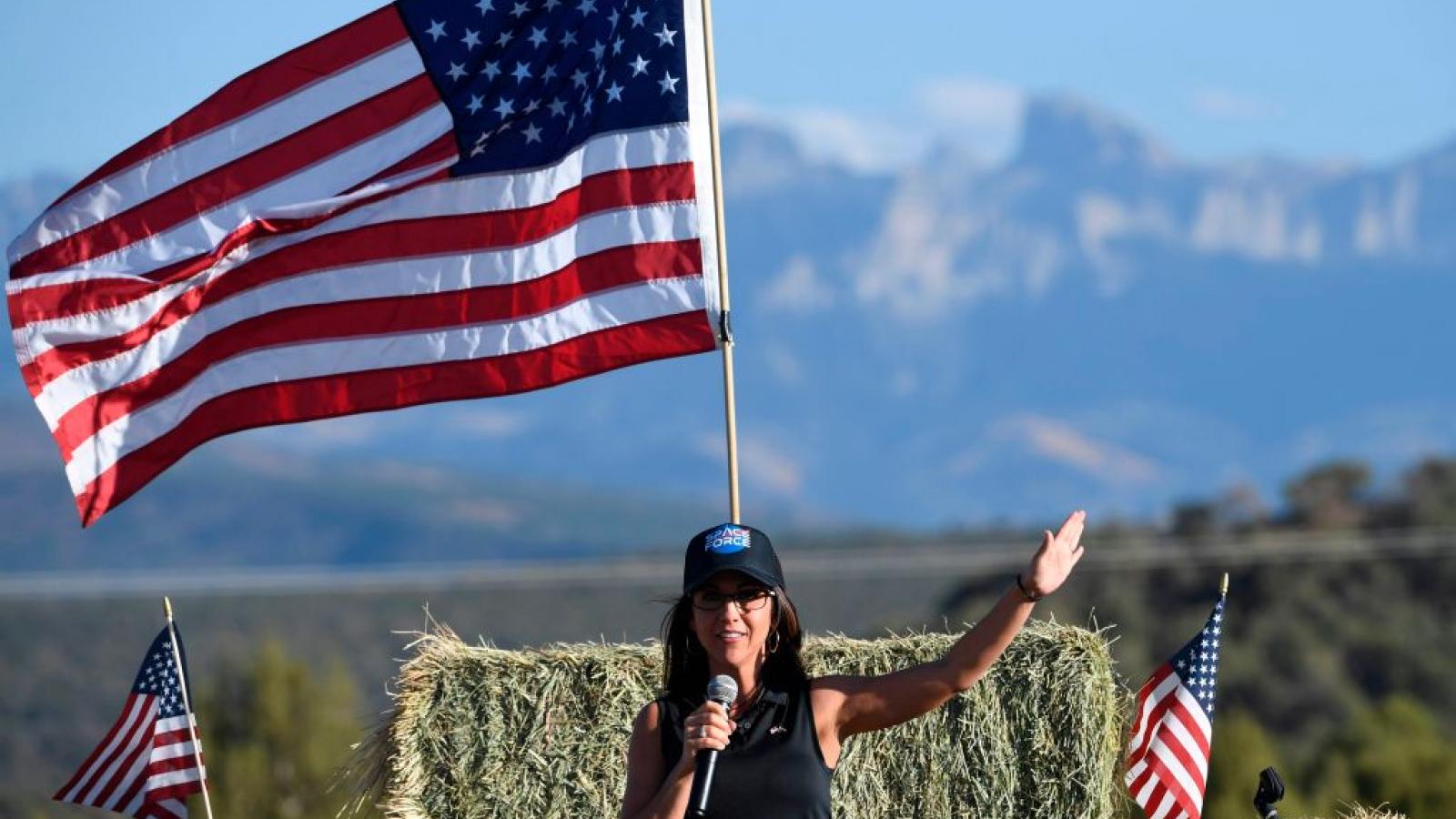 Rep. Lauren Boebert, the fiery House GOP freshman from Colorado, is introducing legislation to prohibit the federal government from making settlement payments to illegal immigrants who have sued because their families were separated at the border.

“In Biden's America, it is better to be a criminal than a law enforcement officer,” Boebert said this week when she rolled out her new bill. “Over half of Border Patrol agents may be fired because of Biden’s vaccine mandate for federal employees, but illegal aliens get a free pass into our country and could receive a $450,000 check. For contrast, the highest-paid Border Patrol agents make less than half that in yearly salary after 20 years of service.”

The “We’re Not Paying You to Break Our Laws Act,” would ban the Justice Department from paying legal settlements up to $450,000 per asylum seeker or $1 million per illegal alien family who were separated at the border during the Trump years.

You can read the legislation here.

File
We’re Not Paying You to Break Our Laws Act_0.pdf

Boebert has gotten several other Republicans to co-sponsor the bill, including Reps. Scott Perry of Pennsylvania, Jeff Duncan and Ralph Norman of South Carolina, Tom Tiffany of Wisconsin, Andy Harris of Maryland, Louie Gohmert and Randy Weber of Texas and Andy Biggs of Arizona.