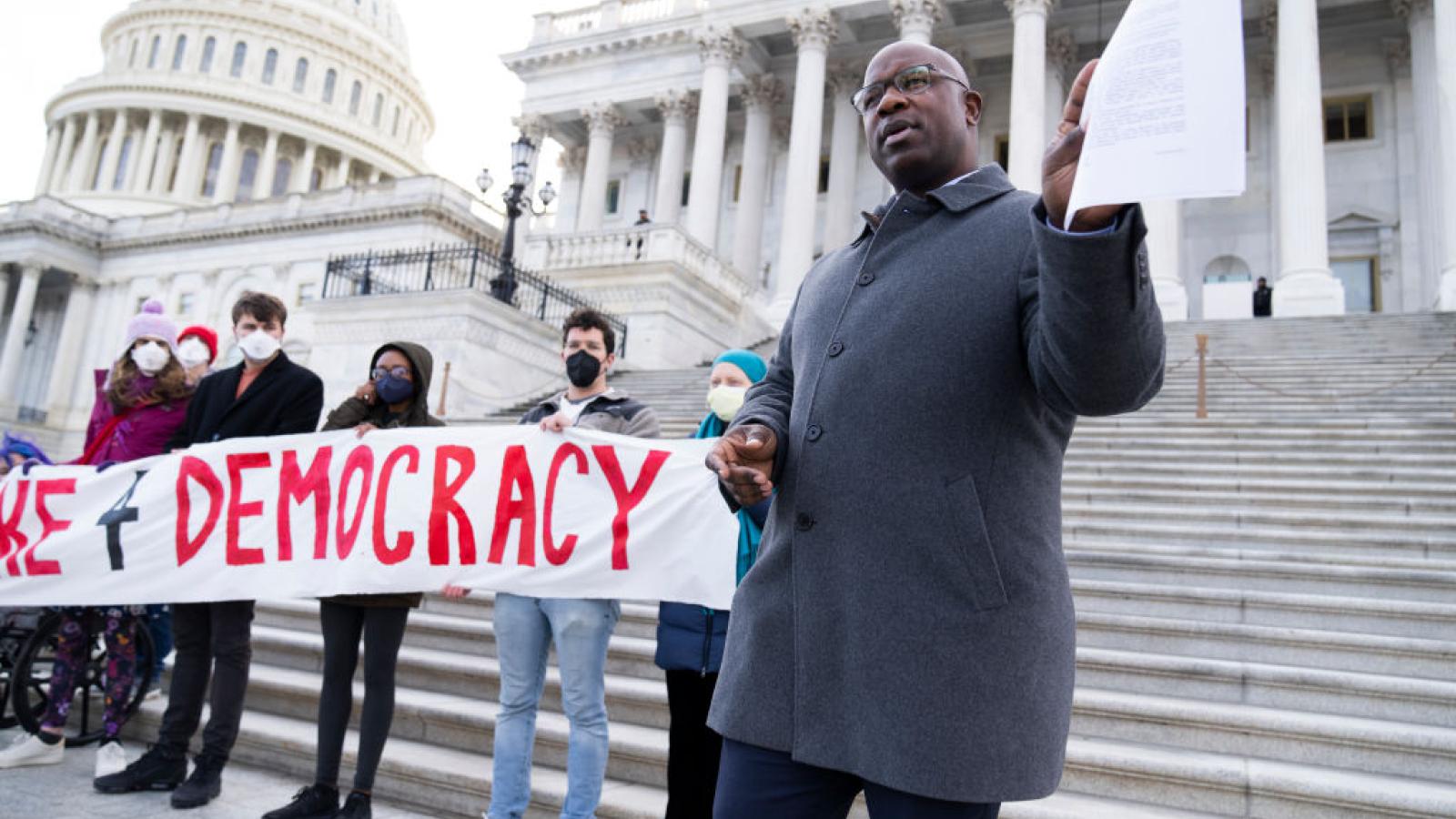 Biden's plan would apply to households worth more than $100 million and impose a minimum tax of 20% on all annual income, including unrealized gains on investments.

Wyden said many wealthy Americans have adopted the strategy of "buy, borrow and die" as a way to avoid paying capital gains tax. Currently, capital gains taxes on investments are only applied when an asset is sold, meaning stocks can be transferred to beneficiaries after death without a tax hit.

Wyden said he supports adopting "income surcharges" on the wealthiest individuals and families in the U.S., but such surcharges only go so far.

"I think those can be helpful in a number of instances, but if you have a basketball team and the owner doesn't pay himself a wage, you're not going to get them paying any taxes, so I think we made a lot of headway in terms of Senate Democrats," he said, addressing the likelihood that a billionaires tax would pass before the midterms.

Bowman promoted his new Babies Over Billionaires bill that would apply to households worth more than $100 million, similar to Biden's plan.

It would "annually tax 30% of unrealized gains of ultra-millionaires from publicly traded capital assets at the prevailing long-term capital gains rate," according to Bowman's office.

Under the bill, applicable households would be taxed on 50% of "unrealized gains of private capital assets at the prevailing long-term capital gains rate every 5 years."

Bowman's office said the bill includes "income tax reform for the ultra-wealthy that would disproportionately impact the roughly 700 billionaires in the country to raise more than $1 trillion over ten years."

During the event on Monday, the New York Democrat said the U.S. "cannot have a democracy without equity" and when "we have these levels of inequality it becomes a national security issue."

Bowman said the federal government should have the ability to tax liquid and illiquid assets.

In the past, billionaires including Tesla CEO Elon Musk have criticized the idea of a new tax on the assets of billionaires.

"Eventually, they run out of other people's money and then they come for you," Musk said in October 2021.

Bowman said that it is "way past time for those among us who have the means to contribute fairly."

Bowman argued that his legislation would help address income inequality and begin "spreading opportunity to everyone."