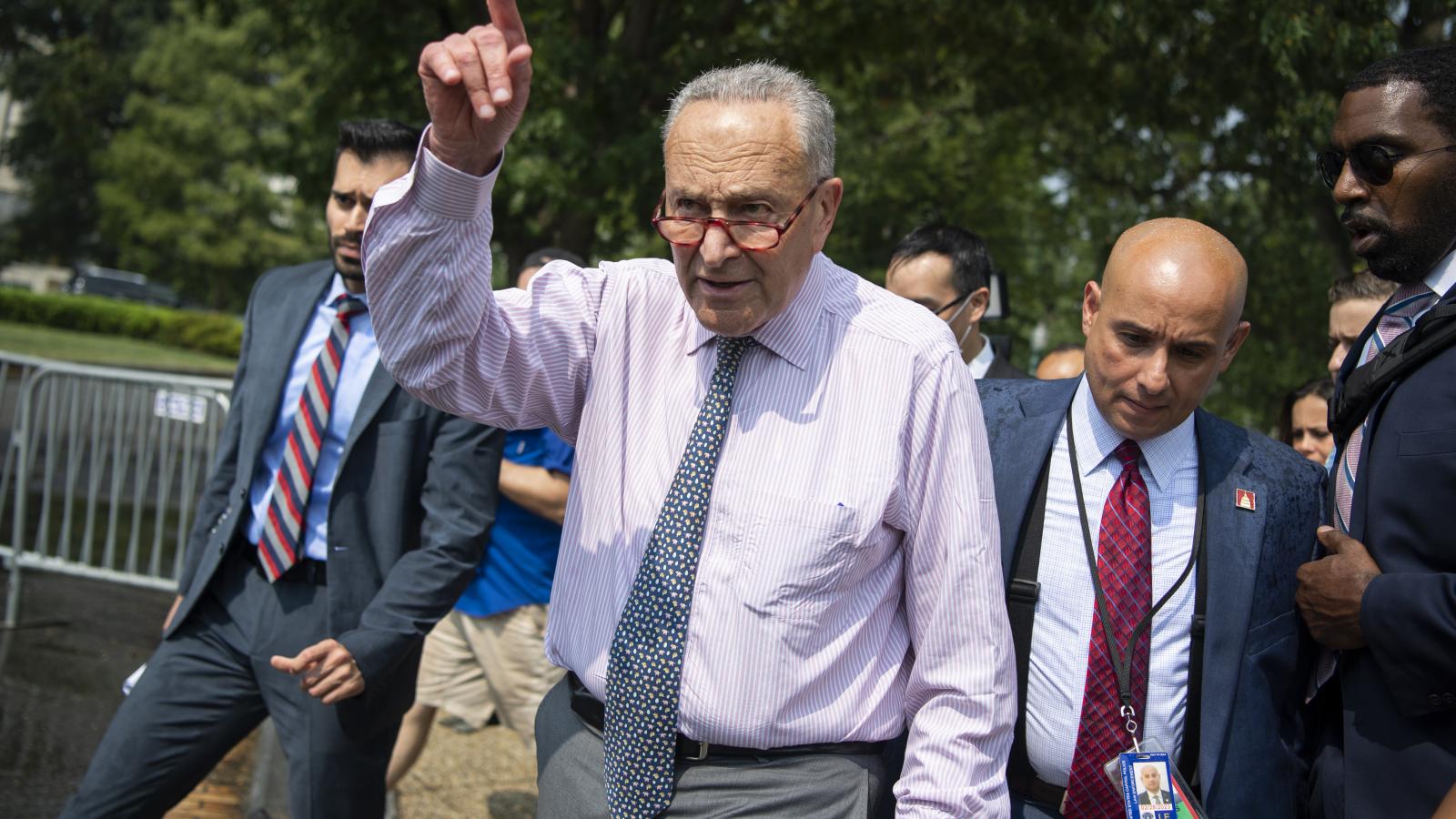 Democrats might try adding amnesty for illegal immigrants to an infrastructure bill being pushed through as budget reconciliation, says John Zadrozny, a former Trump administration official.

"[U]nfortunately, there is a chance that could happen," Zadrozny told the John Solomon Reports podcast on Monday. "And it's difficult, in some ways, but I think it's just something they want to do."

"This is not about national security, this is not about building roads, this is about an amnesty," said Zadrozny, who is the current director of the Center for Homeland Security and Immigration of the America First Policy Institute. "And so, that just means they'd like to add 20 to 30 million people to the voter rolls because they can't convince Americans about their viewpoints."

The Democrats are attempting to pass an infrastructure bill, while possibly including amnesty, as a budget reconciliation bill. Budget reconciliation, which Zadrozny said is supposed to be "for bills relating to spending, taxing, and the debt ceiling," only requires a majority of votes to pass in the Senate, rather than the 60 votes needed to break a filibuster.

Zadrozny noted that Republicans will have to work together to block amnesty provisions. He compared the GOP to "an open mic night at a comedy club" where "everyone does their own thing."

Democrats, on the other hand, "will march to death to achieve a generational objective," Zadrozny said. He provided the example of Democrats passing Obamacare in 2010 at the cost of losing their majority in Congress during the midterm elections.

Zadrozny also mentioned how Americans "are being treated like second-class citizens in the Biden administration" with regard to COVID-19 restrictions.

"[T]hey have less access and less freedom than foreign nationals who are illegally crossing the border," he said.

Zadrozny added that there's a rumor the Biden administration will end Title 42, which is what the federal government has been using to prevent immigrants from entering the country because of the COVID-19 pandemic.