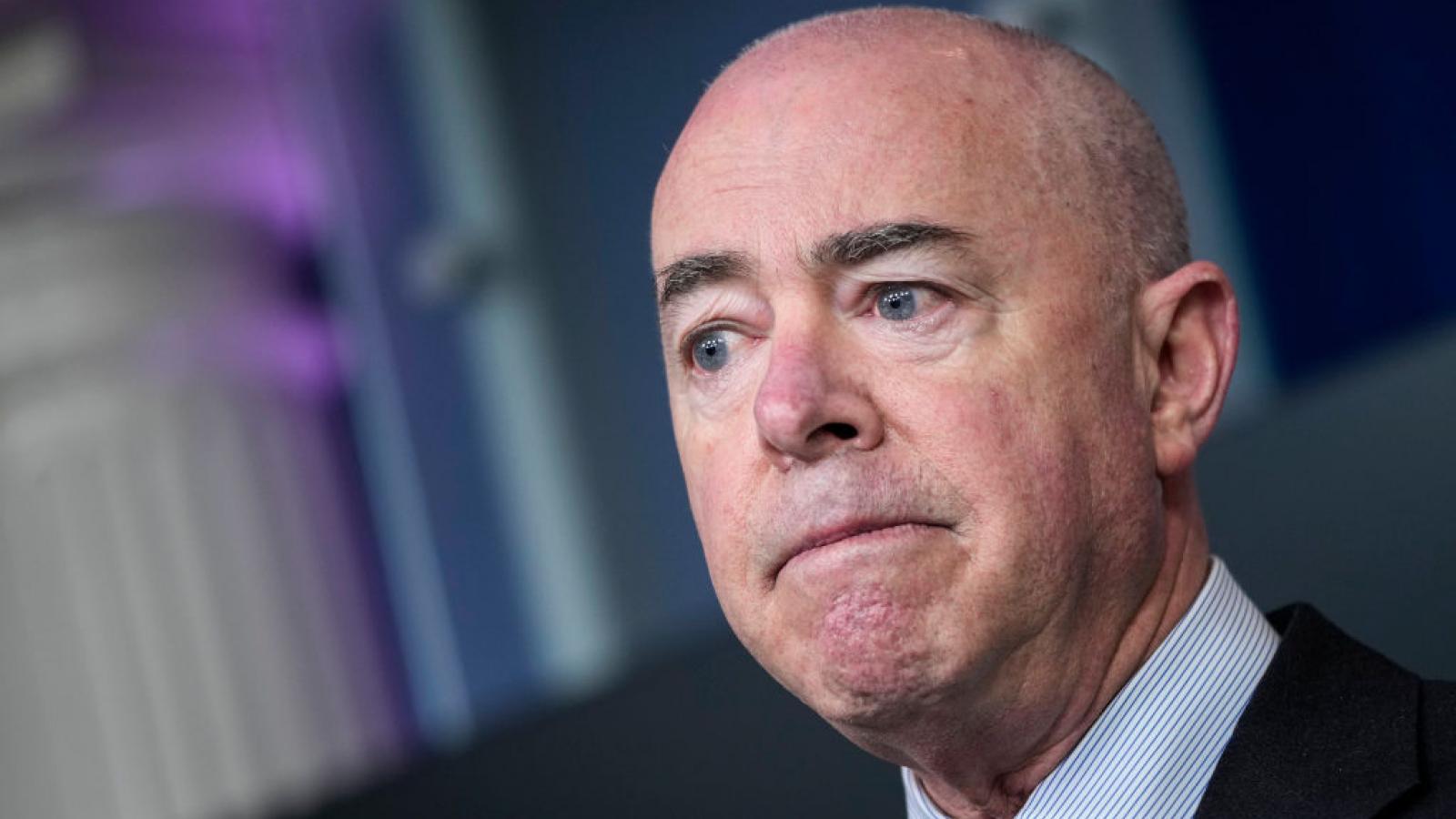 Mayorkas said the administration has changed the way the government previously handled migration, citing the elimination of "illegal alien" as an example.

"We have changed the language that we use to refer to migrants who arrive in the United States and seek relief and who do not yet have lawful presence," Mayorkas said during a "Newsmakers" event organized by the National Press Club.

"We do not use the term illegal alien unless we are referring to that defined term in the statute itself, whether we are quoting from the statue or referring directly to it. We use the term non-citizen," he also said.

Mayorkas said his department won't accept "substandard treatment" of migrants who arrive at the southern U.S. border. He pointed to DHS having closed two detention centers that didn't "succeed in adhering to that core value."

Referring to the thousands of Afghan refugees now arriving in America, Mayorkas said the U.S. has a "proud tradition of being a place of refuge."