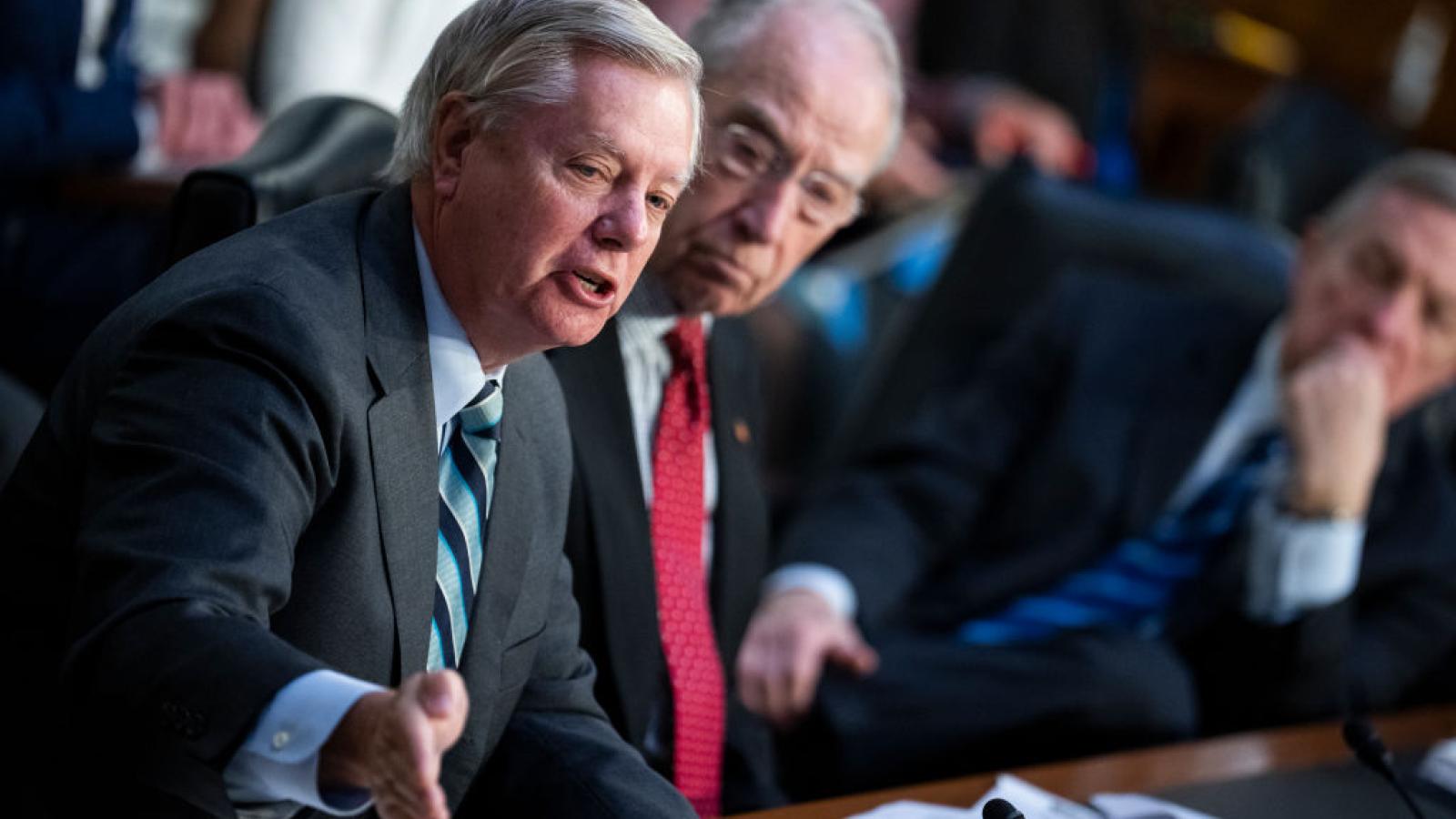 "Chairman Grassley couldn't get the first word out of his mouth before they shut down the place," said Sen. Lindsey Graham (R-S.C.) in his opening statement, recalling the 2018 Kavanaugh hearings. "Most of us couldn't go back to our offices during Kavanaugh without getting spit on. I hope that doesn't happen to y'all. I don't think it will."

"As to the historic nature of your appointment, I understand," continued Graham, alluding to the fact that Jackson would, if confirmed, become the first African American woman on the high court. "But when I get lectured about this from my Democratic colleagues, I remember Janice Rogers Brown, an African American woman, it was filibustered by the same people praising you. I remember Miguel Estrada, one of the finest people I've ever met, completely wiped out."

Graham vowed to ask Jackson questions based on her record.

"If you're Hispanic or African American conservative, it's about your philosophy," Graham said. "Now it's going to be about the historic nature of the pick." After a brief pause, he explained why he wouldn't shy away from asking questions about judicial philosophy. "This is going to be about your philosophy. The bottom line here is when it is about philosophy when it's somebody of color on our side, it's about we're all racist if we ask hard questions [of you] — it's not going to fly with us. We're used to it by now, at least I am. So it's not gonna matter a bit to any of us."

Christine Blasey Ford accused Kavanaugh of sexual assault when he was in high school. Democrats on the Judiciary Committee in 2018 applauded her testimony. Kavanaugh denied the allegations. There were more than 200 arrests made during the Kavanaugh hearings. The committee vote was interrupted by liberal protesters.

Graham argued that the news media, overall, is on Jackson's side so there likely won't be negative press coverage related to her confirmation process.

"The next morning there were headlines all over the country really accusing Judge Kavanaugh of being basically Bill Cosby," he recalled. "None of us are going to do that to you. And if any of us does that to you, all hell will break out, and it should. The media will be your biggest cheerleader, they're in your camp."

Iowa Sen. Chuck Grassley, the committee's top Republican, pledged a "thorough exhaustive examination of Judge Jackson's record and views," in contrast to the Kavanaugh hearings, which he called a "spectacle."

"We won't try to turn this into a spectacle based upon alleged process fouls," he said. "Good news on that front, we're off to a very good start. Unlike the start to the Kavanaugh hearings, we didn't have repeated choreographed interruptions of Chairman Durbin during his opening statements like Democrats interrupted me for more than an hour during my opening statement on the Kavanaugh hearings. What we will do, however, is ask tough questions about Judge Jackson's judicial philosophy."

"We are going to work through this process with some tough questions but do it in a manner with the respect that you deserve," Blackburn said at the hearing.

Blackburn referenced both the Kavanaugh hearings as well as the confirmation process for Justice Amy Coney Barrett, whom she said was "questioned about her faith and whether that made her suitable for the court."

The GOP members of the committee would "move forward and focus on the issues that the American people want to focus on because they want to know about you, and how you're going to approach your job," Blackburn emphasized, "and the decisions that you have made in the past; what you've written, what you've said."

At the conclusion of the hearing, Senate Judiciary Chairman Dick Durbin thanked "all participants and members of our audience for keeping this dignified, respectful and civilized."