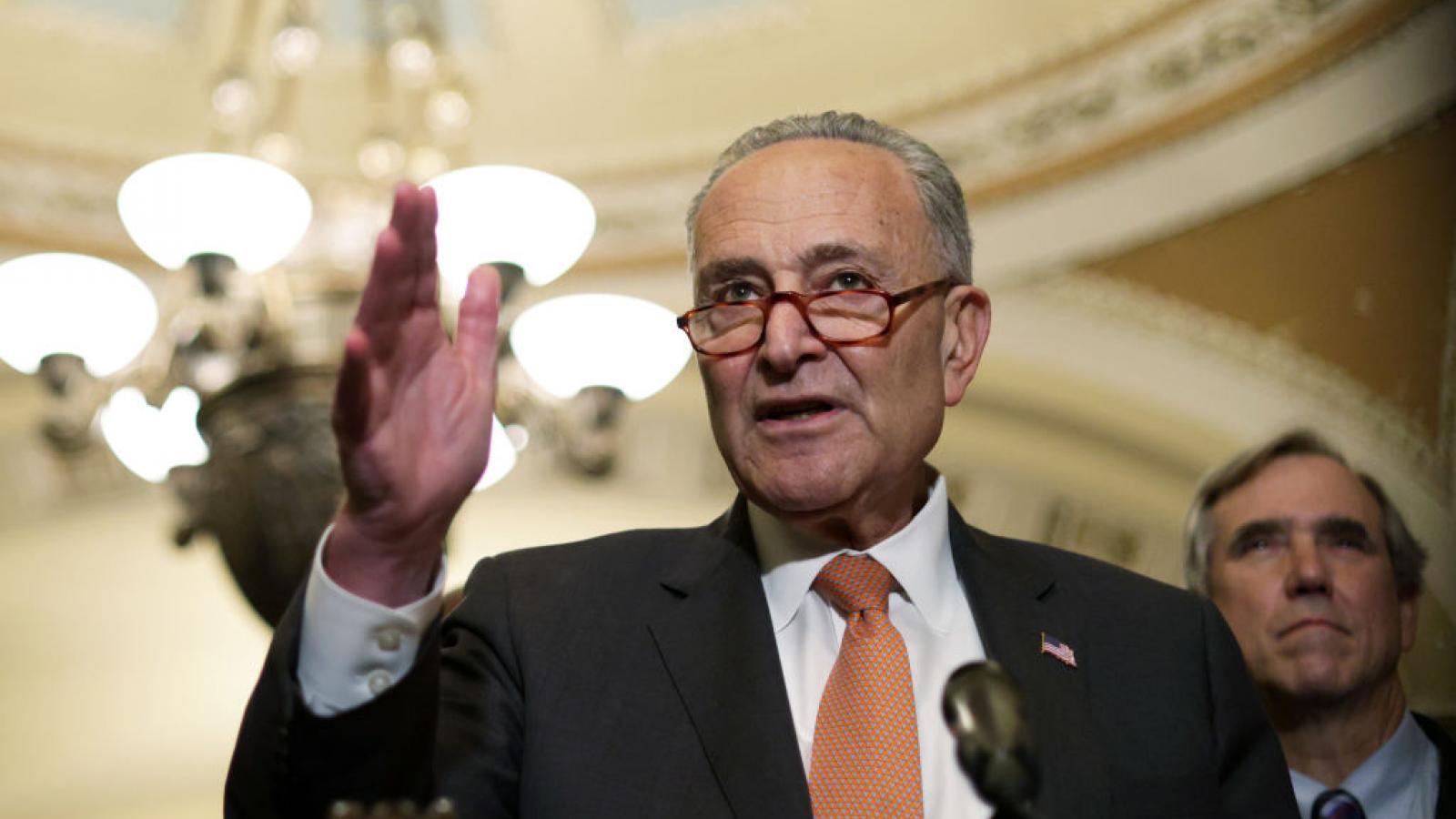 Democratic leaders in the House and Senate are attaching a debt limit suspension through 2022 to a spending resolution to continue funding the federal government, setting the stage for a battle with the GOP that could lead to a government shutdown.

"The legislation to avoid a government shutdown will also include a suspension of the debt limit through December 2022 to once again meet our obligations and protect the full faith and credit of the United States," House Speaker Nancy Pelosi and Senate Democratic Majority Leader Chuck Schumer said in a joint statement released on Monday.

If the legislation becomes law, the debt limit would not come back into play until after the 2022 midterm elections.

According to Democratic leaders, the legislation set to include the debt limit suspension will also keep the government funded through December 2021.

"Both Republicans and Democrats have priorities they want to see addressed in the regular order appropriations process for Fiscal Year 2022, and an extension of government funding through December will provide an appropriate amount of time for that bipartisan, bicameral process to come to completion," Pelosi and Schumer said in the statement. "In addition to avoiding an unnecessary government shutdown, this must-pass legislation will include the Administration's request to provide emergency funding to help those devastated by the recent natural disasters as well as to help resettle our Afghan evacuees."

Reacting to Pelosi and Schumer's statement, Senate Republican Leader Mitch McConnell said the GOP won't back raising the debt ceiling as part of the appropriations bill to keep the government funded.

"We will not support legislation that raises the debt limit," McConnell said. "Democrats do not need our help."

While the debt limit battle rages on, the Democrats are working on a separate $3.5 trillion budget bill that includes much of President Biden's green infrastructure and social spending priorities such as universal pre-K and tuition-free community college. Democratic leaders are seeking to pass it using budget reconciliation to avoid the filibuster.

The Democrats used the same strategy to pass Biden's $1.9 trillion American Rescue Plan Act, which was an economic stimulus bill.

"I have to give Leader McConnell credit," Johnson said, "very early on he assessed the situation and realized that the Democrats on a 100% partisan basis passed the $1.9 trillion COVID relief and will be 100% partisan passing Bernie's $3.5 to $5.5 trillion addition to the deficit. Again, that's like 6 or 7 or 8 trillion [dollars] of spending and about $3 trillion of tax increases. So Leader McConnell said, 'Well, you guys are doing this on a partisan basis, you have the capability of passing an increase to the debt ceiling to accommodate all this deficit spending, so you're going to have to do it on your own.'"

Johnson said he asked his GOP colleagues to sign a pledge that they would not give the Democrats a yes vote on the debt limit increase. Johnson was able to get the support of 46 out of 50 GOP senators.

Pelosi and Schumer described the debt limit as "meeting obligations the government has already made," adding that not lifting it could lead to a recession. The national debt is currently climbing to $29 trillion.