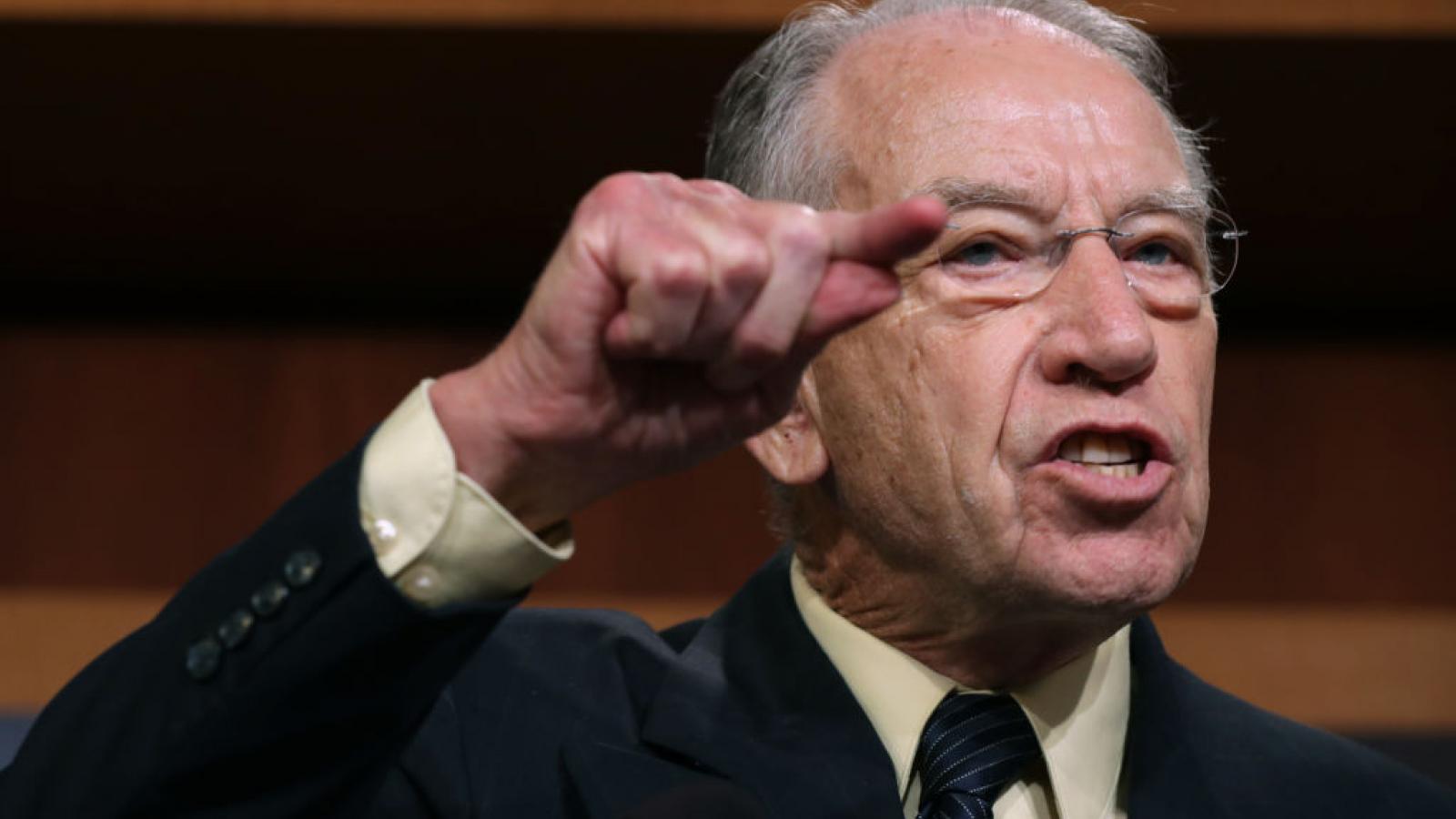 Sen. Chuck Grassley said Tuesday that not including far-left groups in Congress's probe into extremism and domestic terrorism would be "intellectually dishonest."

The Iowa Republican made the statement during FBI Directory Christopher Wray's testimony to the Senate Judiciary Committee regarding the bureau's knowledge about the Jan. 6 Capitol Hill riot.

"We must examine the forces of domestic extremism that span the ideological spectrum," Grassley said. "But a narrow view of these matters would be intellectually dishonest."

Grassley's comments followed Illinois Democratic Sen. Dick Durbin saying that far-left extremism shouldn't be put into the same category as the far-right extremism that was on display during the Jan. 6 riot.

"I joined my Republican colleagues unequivocally in condemning left-wing violence," Durbin said. "But let's stop pretending that the threat of Antifa is equivalent to the white supremacist threat."

Durbin argued that riots led by left-wing extremist groups in summer 2020 are not the same as the riots at the Capitol in January.

"Yes, white supremacy movements may be considered the most dangerous at a given time," said Grassley, "but somehow it wasn't last summer, or won't be when the next foreign attack is attempted. We must call extremism, wherever it happens across the board, left or right."