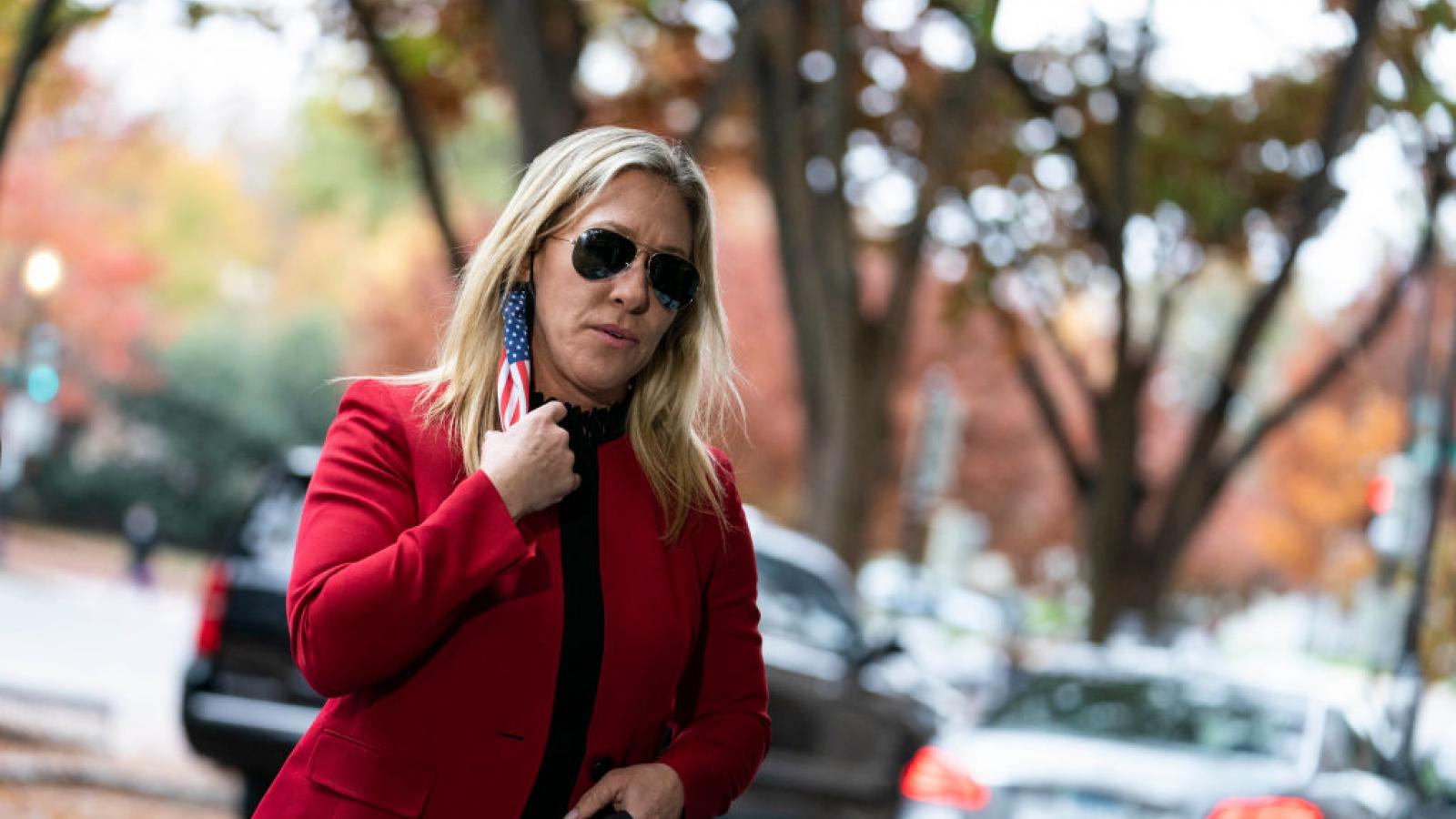 Rep. Marjorie Taylor Greene (R-Ga.) said that she and three other Republican members of Congress were told they were trespassing, and were then locked out of the D.C. Jail on Thursday.

"As members of Congress, we have oversight over all kinds of facilities like federal prisons, like detention facilities that hold illegals," Greene told Real America's Voice host David Brody. "But today we went and visited the D.C. Jail here in Washington DC to ask questions about the January 6 defendants ... we were told that we were trespassing."

Greene had gone with GOP Reps. Louie Gohmert of Texas, Paul Gosar of Arizona and Matt Gaetz of Florida to the D.C. Central Detention Facility, where dozens of those who were involved in the Capitol breach on Jan. 6 are being held in pre-trial detention.

Eleanor Holmes Norton, who serves as the D.C. Delegate to the House of Representatives, said that their "attempt to basically try to break into the D.C. jail is an abuse of their authority over the District," according to the Washington Post.

"Congress doesn't have any authority over the D.C. jail," said Norton. "That's a home rule issue. So no member of Congress, or anybody else, is entitled to special access to the D.C. jail."

Greene tweeted Thursday that they went to ask about a range of prison conditions for Jan. 6 defendants — including visitation hours, access to religious texts and reasonable religious service accommodations, the portion of time in lockdown, solitary confinement, nutritional content (including the number of daily meals), and communication with family and attorneys — compared with those for the general prison population.

She also asked whether "the prosecution made potentially exculpatory evidence available to the appropriate defense counsels of the accused."

Greene said that they were told they were trespassing by prison staff. The group of representatives went outside to talk to the person they were told was a supervisor, and "they locked us out," she added. "They locked the door and would not let us back in."

The facility has yet to comment on the accusations by Greene.