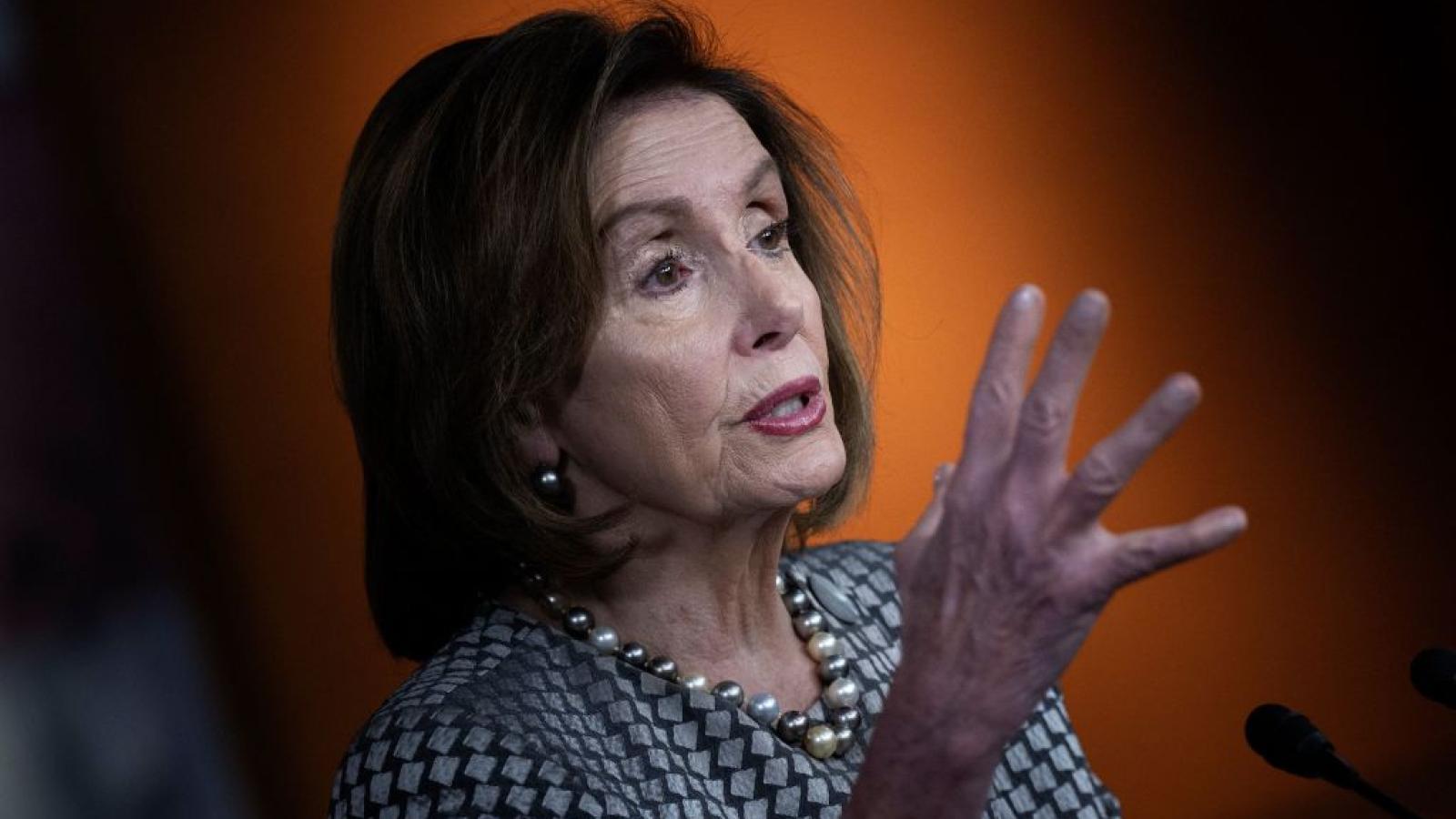 Pelosi on April 29, 2022
(Photo by BRENDAN SMIALOWSKI/AFP via Getty Images)
By Nicholas Ballasy

Reacting to the country's declining gross national product, House Speaker Nancy Pelosi said Friday that "we will do better" in the future and called the latest economic data an "aberration."

The Commerce Department reported Thursday that GDP for the first quarter of this year declined 1.4%, compared to the same period in 2021.

Pelosi was asked in a Capitol Hill press conference whether she thinks the GDP reduction coupled with other economic factors will hurt her and fellow Democrats in the midterm election.

"I think this is an aberration," the California Democrat responded. "There are plenty of other statistics and analysis that have said, 'Oh, this is an aberration.' And there are many other factors that show that we have growth in our near future. But what we're worried about is what it means for the kitchen table, again, not to the election, but to the kitchen table, America's working families."

The latest GDP figures are the weakest since spring 2020 when the coronavirus pandemic began, according a Wall Street Journal analysis.

GDP for the last quarter of 2021 increased nearly 7%, at an annualized rate.

"We will do better, we will have growth," Pelosi said on Friday.

Pelosi was also asked about the publicly released audio of House Minority Leader Kevin McCarthy suggesting after the Jan. 6 Capitol riot that he would call for the resignation of then-President Trump, which he ultimately didn't do.

"It was interesting to me that the leader talked about the concern that he had, if in fact those were his words, which, that's up to you to decide, that he was concerned about his members causing danger here," Pelosi said.

"And at the same time, complaining that we have magnetometers to keep guns off the floor of the House. It just seemed inconsistent to me, especially now that one of his members was seen taking a gun into an airport," she added, referring to North Carolina Republican Rep. Madison Cawthorn.

"I thought you were arrested for that, trying to take a gun on a plane. I guess his member was treated differently," Pelosi also said.