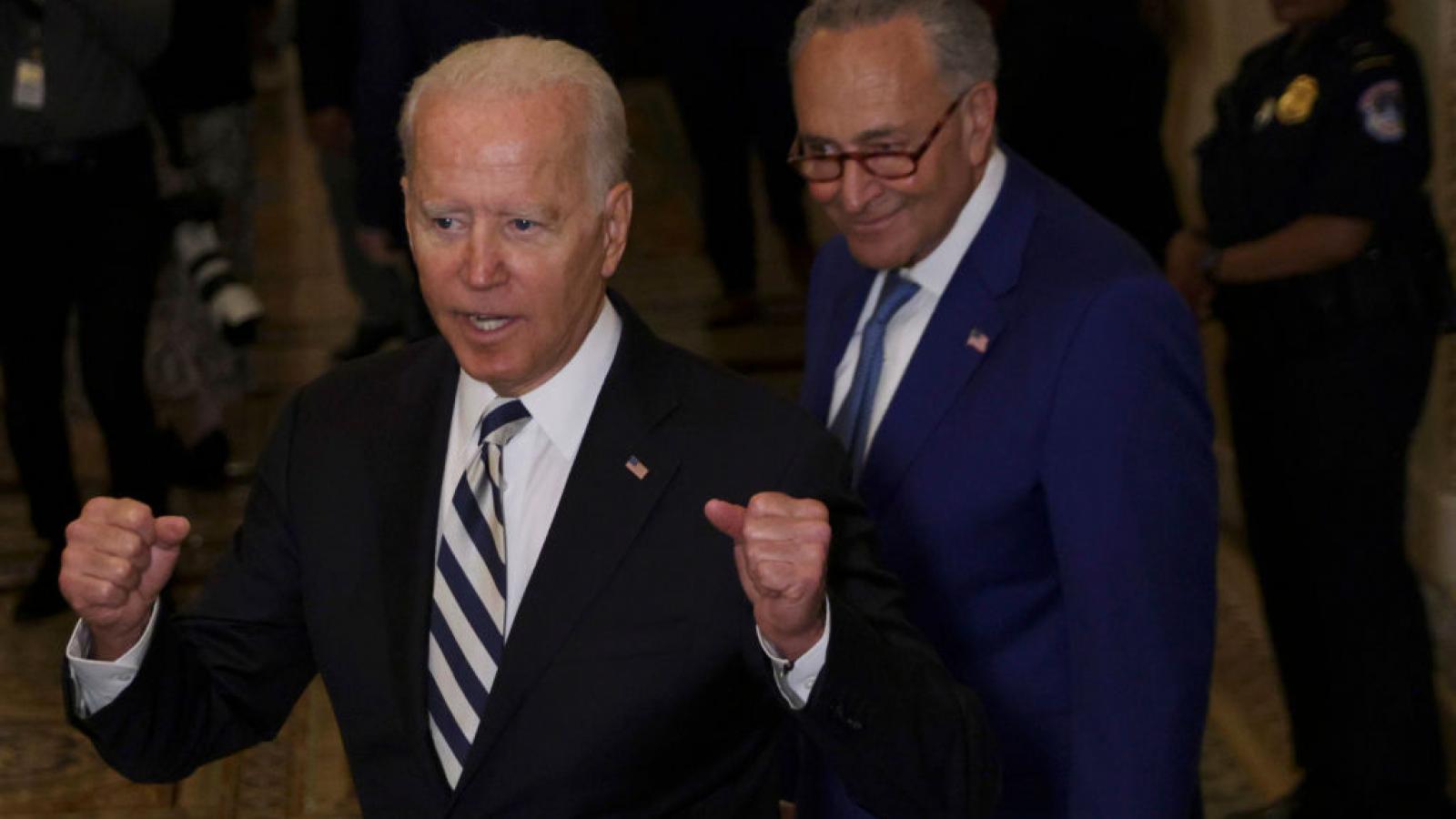 Senate Majority Leader Chuck Schumer says he’ll hold a first vote Wednesday on $579 billion bipartisan infrastructure plan, despite GOP objections about the spending measure having yet to be finalized.

Schumer has called for the procedural vote – also known as a "cloture" vote – to allow the debate process to begin, using a House-approved infrastructure bill as a placeholder until Senate Democrats and Republicans finalize their deal.

To insert the bipartisan measure, Schumer intends to offer amendments to the placeholder bill.

However, if Senate negotiators fail to reach agreement by Thursday, he'll make a similar effort to insert legislation passed by a Senate committee on drinking water and wastewater, rail and safety, highways and energy, according to Roll Call newspaper.

Senate Republicans on Monday said it was unlikely their conference would supply Schumer with the 10 votes he would need to get 60 in the evenly-divided chamber to begin debate.

"I think we need to see the bill before we decide whether or not to vote for it," Senate Minority Leader Mitch McConnell said.

Ohio Sen. Rob Portman, a top GOP negotiator on the bipartisan bill, also objected to Schumer’s move, as the White House and fellow Democrats in Congress push to get an infrastructure package passed and signed into law.

"What are we going to have a cloture vote on?" Portman  asked. "It’s just kind of silliness."