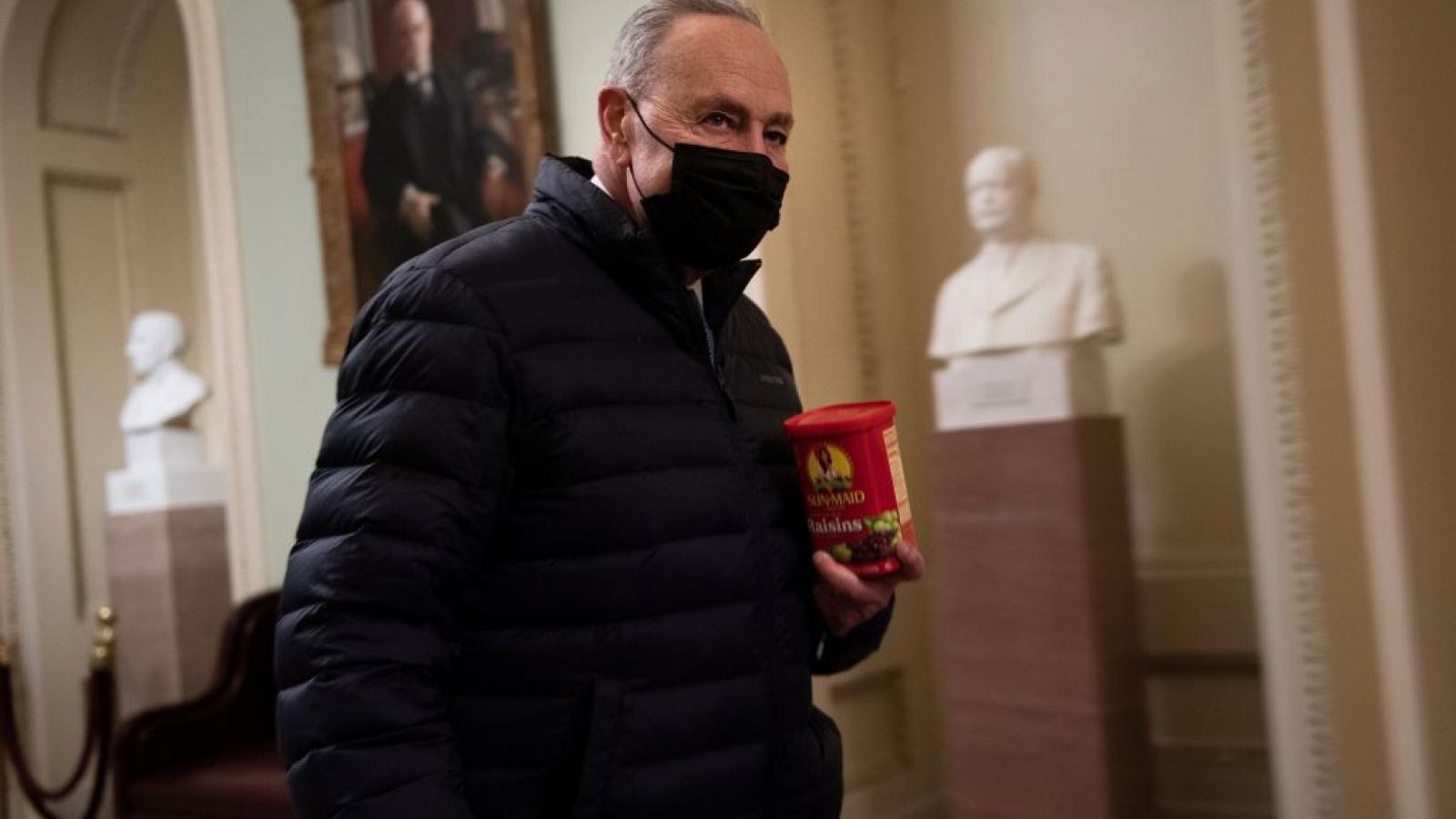 Senate Democrat leader Chuck Schumer said Thursday that he would hold a vote for all 100 members of his chamber on a bill that was passed later in the day by the Democrat-controlled House to expand background checks for private gun sales.

"HR 8 will be on the floor of the Senate, and we will see where everybody stands," the New York lawmaker said. "No more hopes and prayers, thoughts and prayers – a vote is what we need."

Schumer said the measure will get hearings at the Senate Judiciary Committee and at least a procedural vote.

The House on Thursday passed two gun-control measures – H.R. 8 and H.R. 1446, which would extending the review period for gun background checks from three to 10 days.

Neither measure is expected to pass in the evenly-split, 50-50 Senate because each requires a 60-vote majority. A total of nine House Republicans voted Thursday for the two House bills.

Still, Schumer wants to force Senate Republicans to choose between their party’s traditional gun rights positions and a policy that appears popular with the public, according to Roll Call.

The bill would require background checks of sales between private individuals, with the actual checks to be conducted through the federal system at licensed gun dealers – closing the so-called "gun show loophole" that Democrats say allows sales to felons, domestic abusers or others who are prohibited from owning firearms, the newspaper also reports.

The Senate last year rejected the same bill passed in the Democrat-led House.