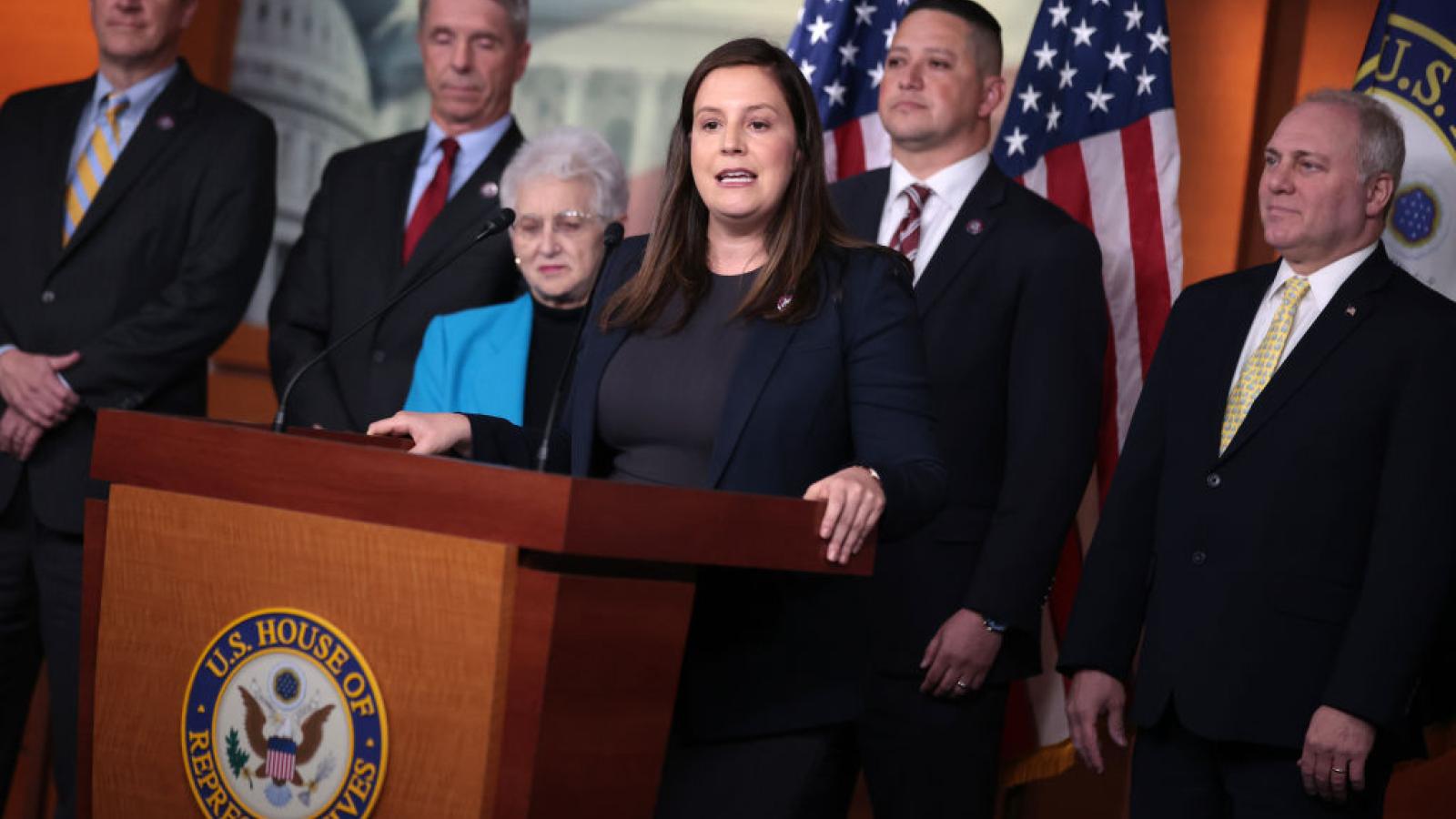 Bannon was indicted recently for contempt of Congress after not complying with a subpoena from the Jan. 6 House select committee.

Stefanik was asked for her reaction to the charges against Bannon as well as the committee's handling of their investigation.

"It is a partisan political witch hunt by Nancy Pelosi. This is Nancy Pelosi's committee. It is completely political. And let's talk about the hypocrisy of this Department of Justice," Stefanik said at a news conference where E-PAC announced its endorsement of 8 House GOP candidates. "Eric Holder has been held in contempt of Congress. Lois Lerner has been held in contempt of Congress. This is politicization of the Department of Justice to really attack Republicans, attack conservatives, and attack President Trump's supporters."