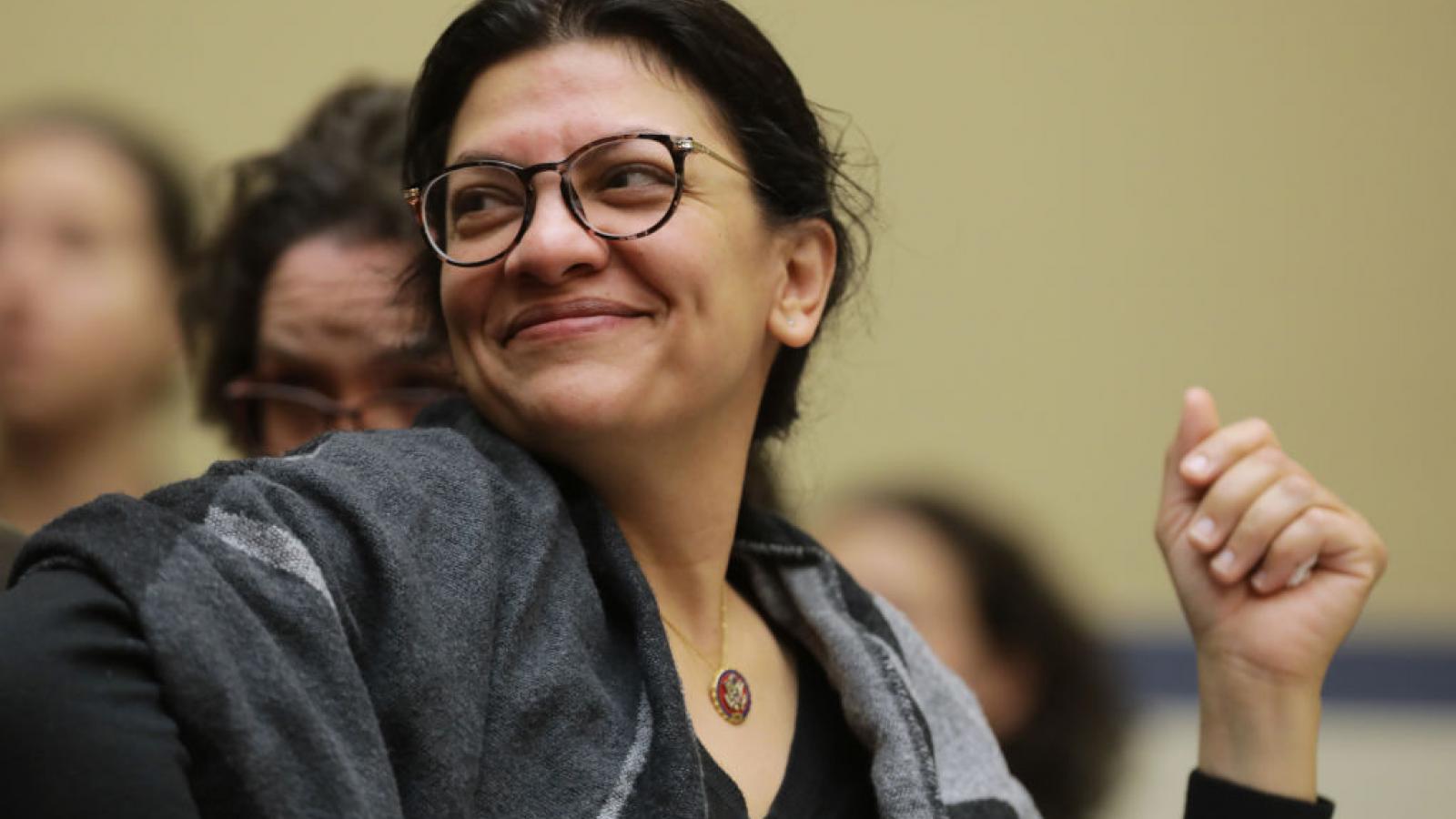 Tlaib made the comments in a recent video conference released Wednesday in which she was asked about the Biden administration’s efforts to increase funding for the enhanced technology for Customs and Border Protection, including facial recognition capacity and DNA testing, which activists argue will ultimately prevent migrants from entering the U.S., according to Fox News.

"The simple answer to that question is we must eliminate funding for CBP,” Immigration and Customs Enforcement and their parent organization, Department of Homeland Security, Tlaid said in the video conference by Just Futures Law, a legal group that says it mission is to fights for "a future beyond deportation and criminalization."

"Time after time we have seen it as advocates on the ground, as human services agencies on the ground continue to see over and over again, that these agencies are inept to humanely guiding migrants through our immigration system and instead they further continue to terrorize migrant communities located within our communities,” Tlaib also said.

The congresswoman also said in the video that opposition to such advanced technology, and federal funding for it, goes beyond her and other members of the “Squad” – the most progressive wing of the House Democratic Conference.

"This approach is something that many, especially the new members of Congress, are coming with full force and pushing back against this idea," she said. "They rename this kind of militarization or targeting in a very inhumane way of our immigrant neighbors, but when it comes down to it it is the same thing – which is targeting communities of color in a way that to me very much violates human rights and dignity for so many of our communities."